Beat’em-ups are undergoing a revival in recent years. Side-scrolling action games may never again reach the heights of their arcade heyday, but a steady number of releases shows there’s still life in the genre. As the target demographic for these games ages, however, can brawlers connect with a new audience? Funky Can Creative’s PopSlinger aims to find out.

To be fair, PopSlinger isn’t a straight-up brawler. The titular weapon is a soda-powered pistol wielded by Ria, a would-be magical girl. Ria is partnered with the mysterious and cranky Gin, who bestowed the PopSlinger on Ria to fight back against a monstrous takeover of Ria’s home town.

Blasting through each infested ‘Corazone’ level requires precision shooting to unlock the PopSlinger’s potential. This is where the core combat loop comes in. Each of the slimy monsters Ria guns down is color-coded. Gin will unlock temporary offensive & defensive upgrades for Ria, depending on any four kills of the same color.

The bosses of each area are exempt from this mechanic but drop different’ flavors’ of PopSlinger for Ria to use. As the starter, Orange provides a single shot. Others like Strawberry or Cola fire off a Contra-style spread shot or beam. Each level ends with a character action game-style score based on performance.

A high score doesn’t come easily, as you might imagine. It’s difficult to line up a matching selection of enemies without being exposed to damage. There’s a dodge to allow for repositioning, but its response time is curiously drawn out. Replaying stages for a higher score is encouraged, with the core loop repeating across the game.

Banter between Ria, Gin, and their adversaries breaks up the levels, and a poppy Earth Wind & Fire-inspired soundtrack changes along with the player’s performance. With its late ‘80’s / early ‘90’s vaporwave aesthetic, PopSlinger feels like a relic unearthed from Newgrounds.

This is absolutely a compliment: the game is infused with the combination of straightforward gameplay and distinct aesthetic that birthed countless DIY projects from Adobe Flash’s fertile soil. Like most of those games, however, PopSlinger could do with more refinement. Brawlers require responsive controls. What’s here could be very kindly described as ‘tactical’ at best.

Such choices are at odds with the high-energy vaporwave presentation on display here, to say nothing of the characters themselves. It’s possible that PopSlinger is going for the purposely corny vibe that old tie-in video games have, but as it stands now, perhaps Funky Can Creative will refine their taste for their next release. 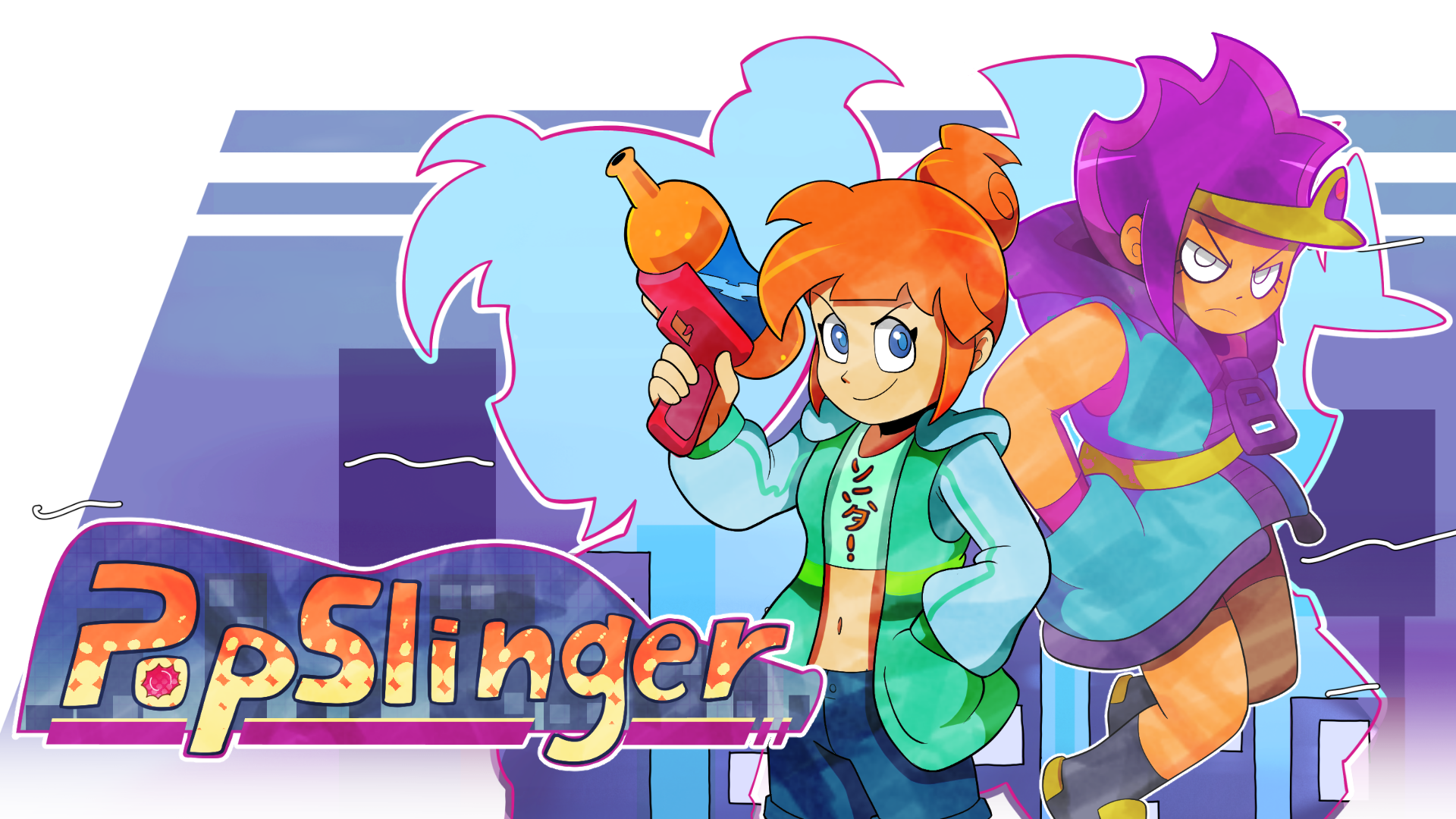