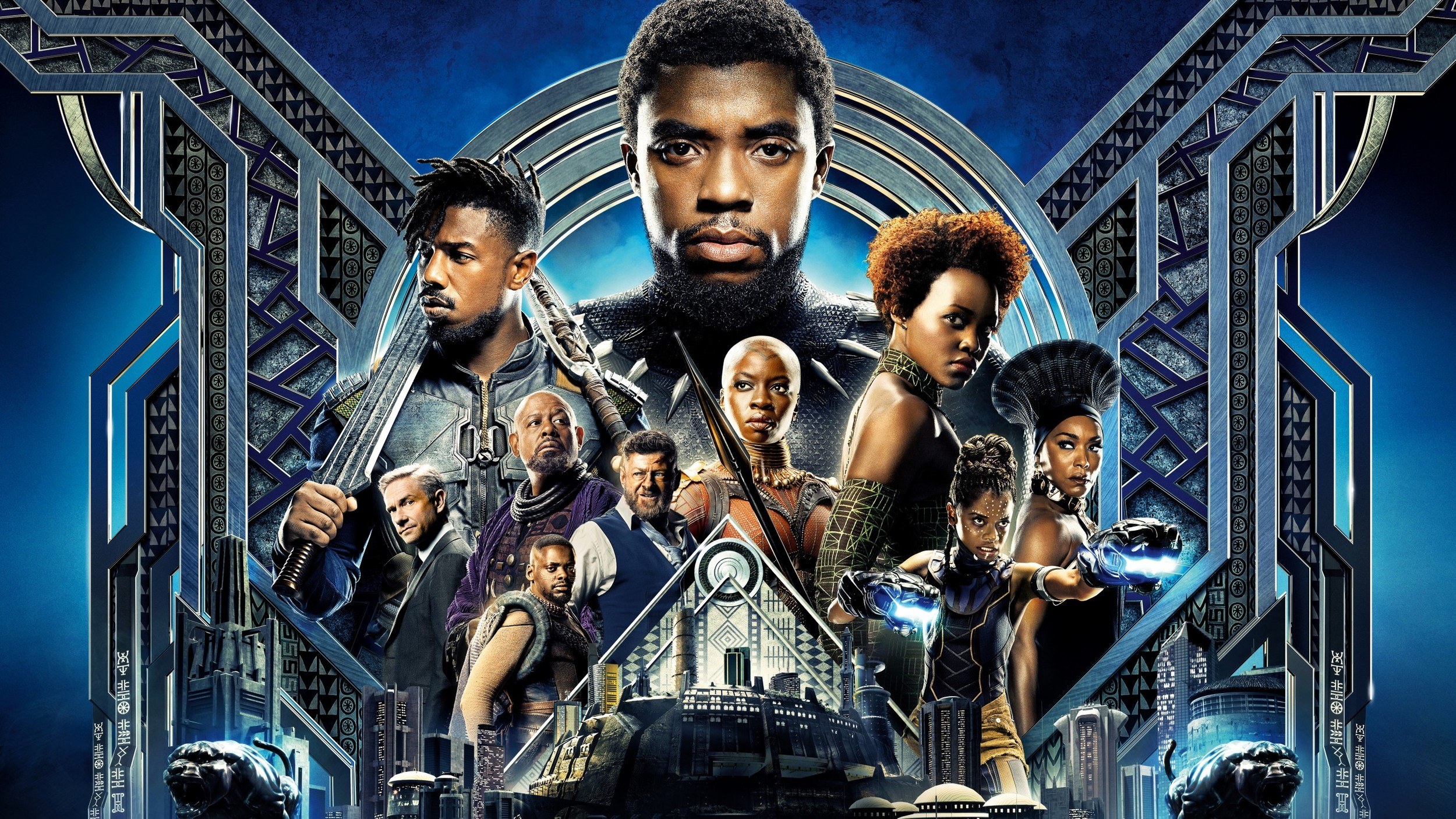 It is time. We are just one month away from the opening of the most awaited film of the decade, Black Panther. Years have gone by that we have been teased with breathtaking images of the magic that is this film. Every casting announcement, every trailer sent chills up our spines and now we are even closer than ever. So what do we do in these coming weeks to be prepared for the big day?

First of all, get your tickets. I am elated to say tickets are already almost sold out. Yes, 4 weeks before the movie even hits theaters you may miss your chance to see it opening weekend. Black Panther sold more in the first 24 hours of pre-sales than any other Marvel Cinematic Universe film in history — I hit up Fandango to get tickets just after they went on sale and watched them disappear in front of my eyes. So, that being said, get online, go to your favorite theater’s website, and get your tickets now. I personally have bougie tendencies and need assigned seating (no waiting in line for me), reclining leather seats, and a theater with a parking lot — so yes, I’m leaving and going just outside the city to see Black Panther how I want. (If you’re in the Columbus, Ohio area Black Nerd Problems is even hosting a premiere private screening here.) 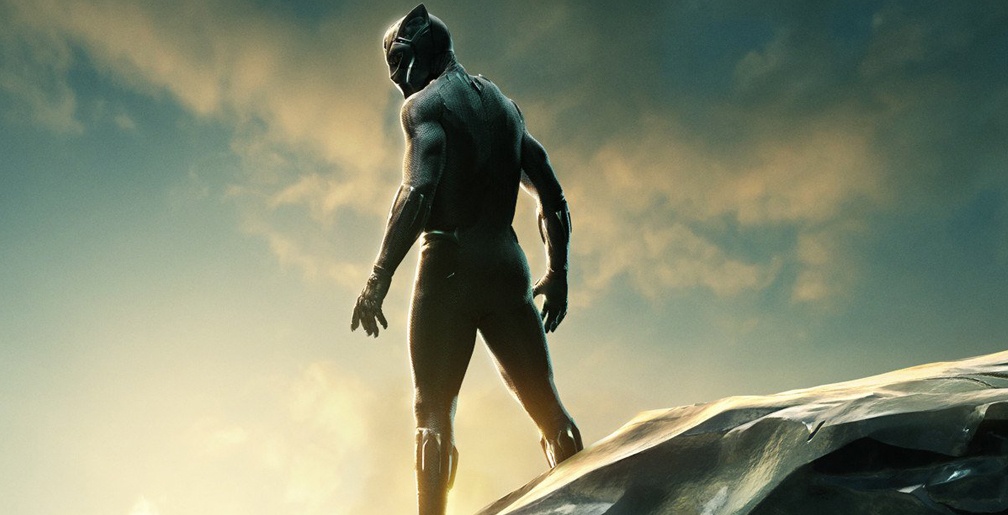 Get yourself a POC magic crew. If there was ever a time for us to roll deep anywhere, besides for the justice of our people, it’s a premiere showing of Black Panther. This is how we celebrate – at least in the nerd world. In this age as we make our own films and are succeeding more than ever, and bringing up anyone and everyone we can, we have to represent on opening night. I for one will be with: my number one nerd-in-crime husband, my future big-time producer brother, my childhood friend taking-it-back-to-the-playground crew, and my work wifey. Not too big of a crew, but beautiful brown peoples ready to get down. Sad not to be chumming it up with the rest of the BNP family in Ohio, but look out on social media for the amazing staff pics and premiere fun. Make sure you get the ride-or-die crew, the ones that will be there an hour before the showing even though seats are reserved. Friends who will be willing to travel to any theater to get the best experience with the people who matter.

And don’t forget to get your coordination on with your bestie – the handshake needs to be on point.

YOU GOT THE LOOK

Get yourself the right apparel. Get in cosplay, become the Dora Milaje, get your own Black Panther suit, wear all the right makeup and stunt stunt stunt! I for one am looking to order the radiant styles of “Adorned by Chi.” Their Wakanda Princess shirts give me life. And you cannot go wrong with The Quirk Shop their Wakanda university styled clothing is on point. “Born in Zamunda – Raised in Wakanda,” what!? 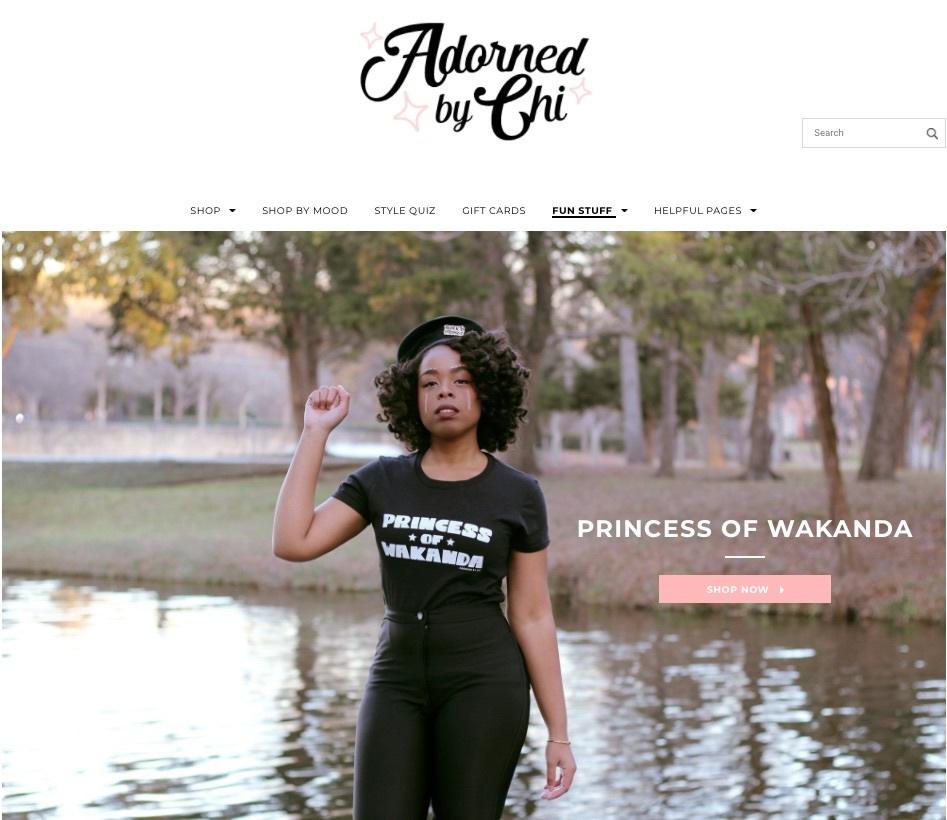 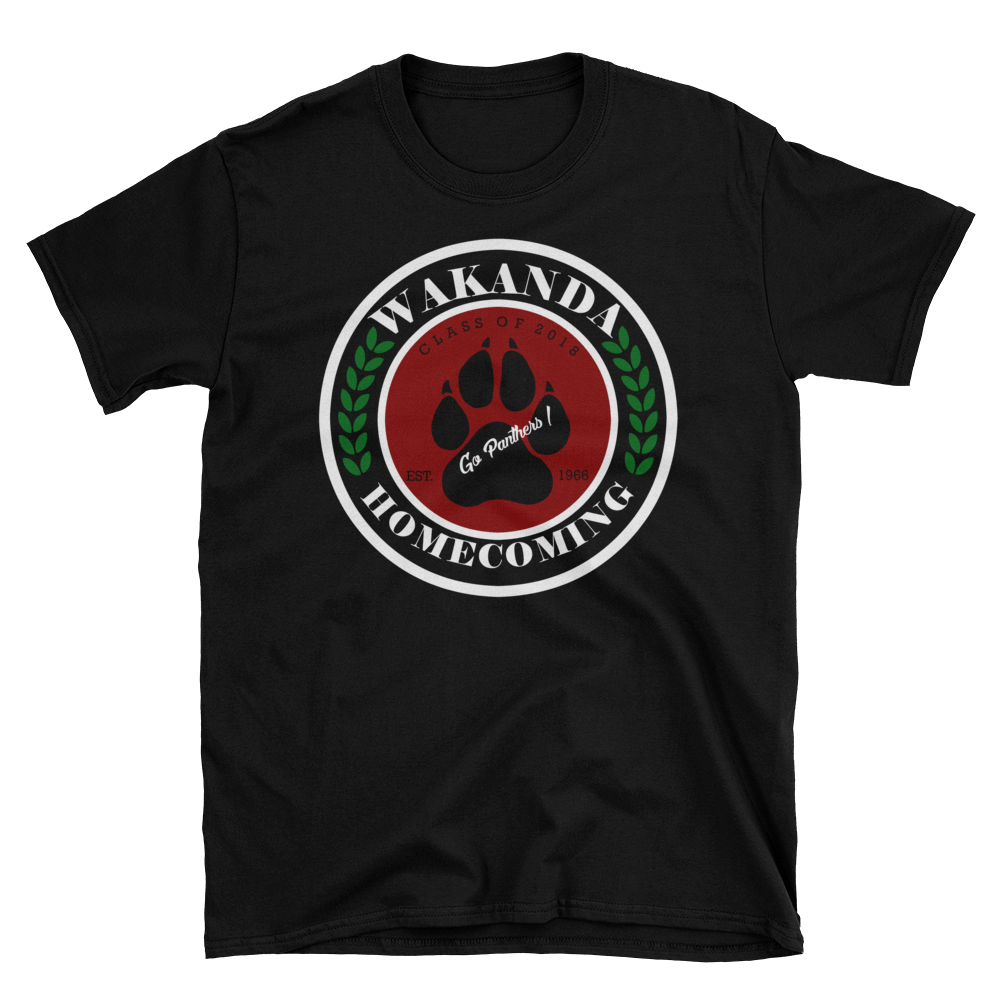 I’m also inspired by the makeup art for the film. The white line and dotted accents seen in the film resemble traditional tribal face markings seen in many indigenous cultures around the world, yet the film’s makeup holds it’s own Wakandan style and cultural nuance. I plan to utilize the makeup of Shuri (played by Letitia Wright). 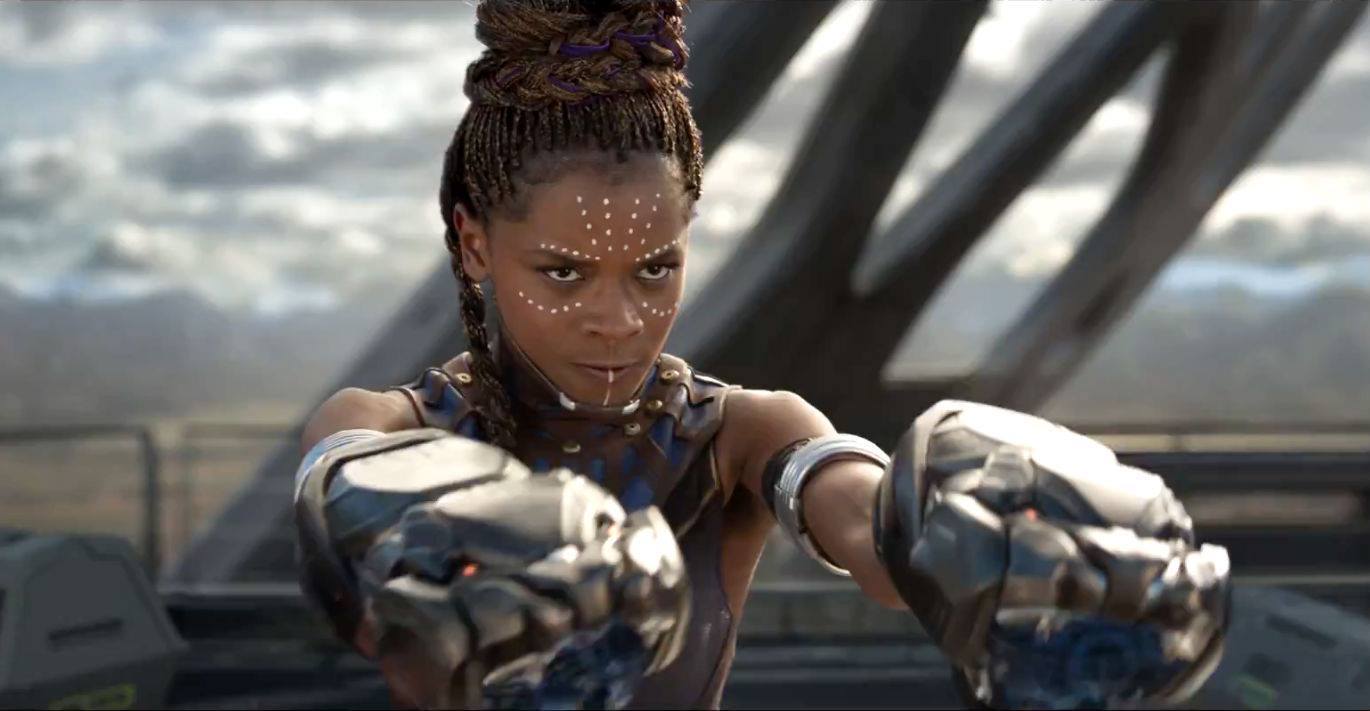 Get edumacated. Yes, for the nerd who doesn’t read comics, or the beautiful brown people who don’t watch the movies or read the comics but just cannot ignore the radiance that is the Black Panther film glow, get up on your lore. I am not the comic aficionado, bug I don’t shy away either, so when 300 came out I was at the bookstore and read the whole novel sitting in the aisle. I was the one on Wikipedia reading the synopsis of Watchmen feeling like I just needed a little more back story before the credits rolled. For this – for Black Panther – we gotta come correct. I asked the nerd at home, “Hubby what comic should I read if I want to be in the know before Black Panther?” Before I finished my sentence he said, “The Reginald Hudlin run.” Black Panther by Reginald Hudlin: The Complete Collection Vol. 1 Apparently this is the comic to read before hitting the seats at the theater. 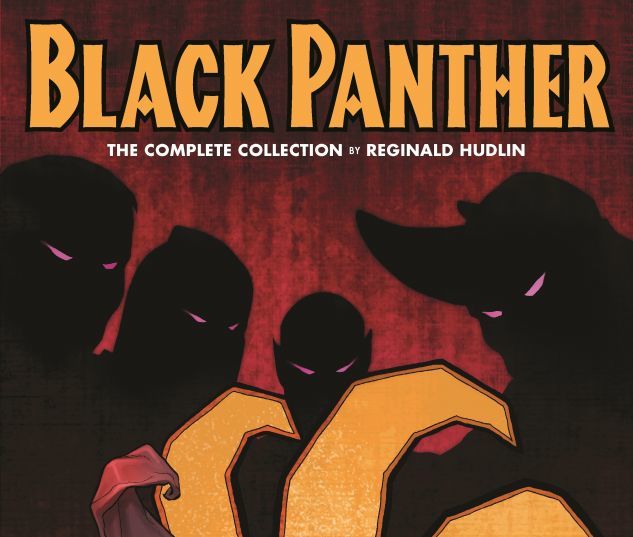 If you are more drawn to the tube, the series on BET featuring Jill Scott as Storm is one to watch as well. Secondly, because this is a film in a universe of connected films, the best way to get acquainted might be to simply watch (or re-watch) Captain America: Civil War. This is when we are first introduced to T’Challa and the predecessor Black Panther, his father King T’Chaka. Oh hell… We got time, watch all of the Captain America flicks: The First Avenger for back story, Winter Soldier for the intensity and character arcs, and Civil War for the whole bag of chips – all the characters you need to know including the one and only Black Panther. Make sure to watch past the credits of Civil War, where you get our first glimpse of Wakanda.

Finally, plan the after party. Now we can’t all be famous actors and strut on the red carpet for the premiere of our mega flick (not yet, anyways), so you may not have a plethora of after parties to choose from. But what we can do is hit up the other group of POC folk that prepared for the night and get together to talk shop, eat, and drink. Here’s how my friends end a premiere night: we find the diner, bar, restaurant, whichever to decompress from what we just witnessed. Just having a place to unwind and share this amazing experience because, let’s be honest, no matter what happens in the film, it’s a win. And if you have the means, do it up big. Have an after partay! Make Panther treats, wear red carpet-style outfits or the best cosplay you can. Celebrate this achievement in Black nerd film history right.

Let us know how you will be getting ready for the big night. I know BNP staff are turning up — look for details of our impassioned Black Panther rituals coming soon!