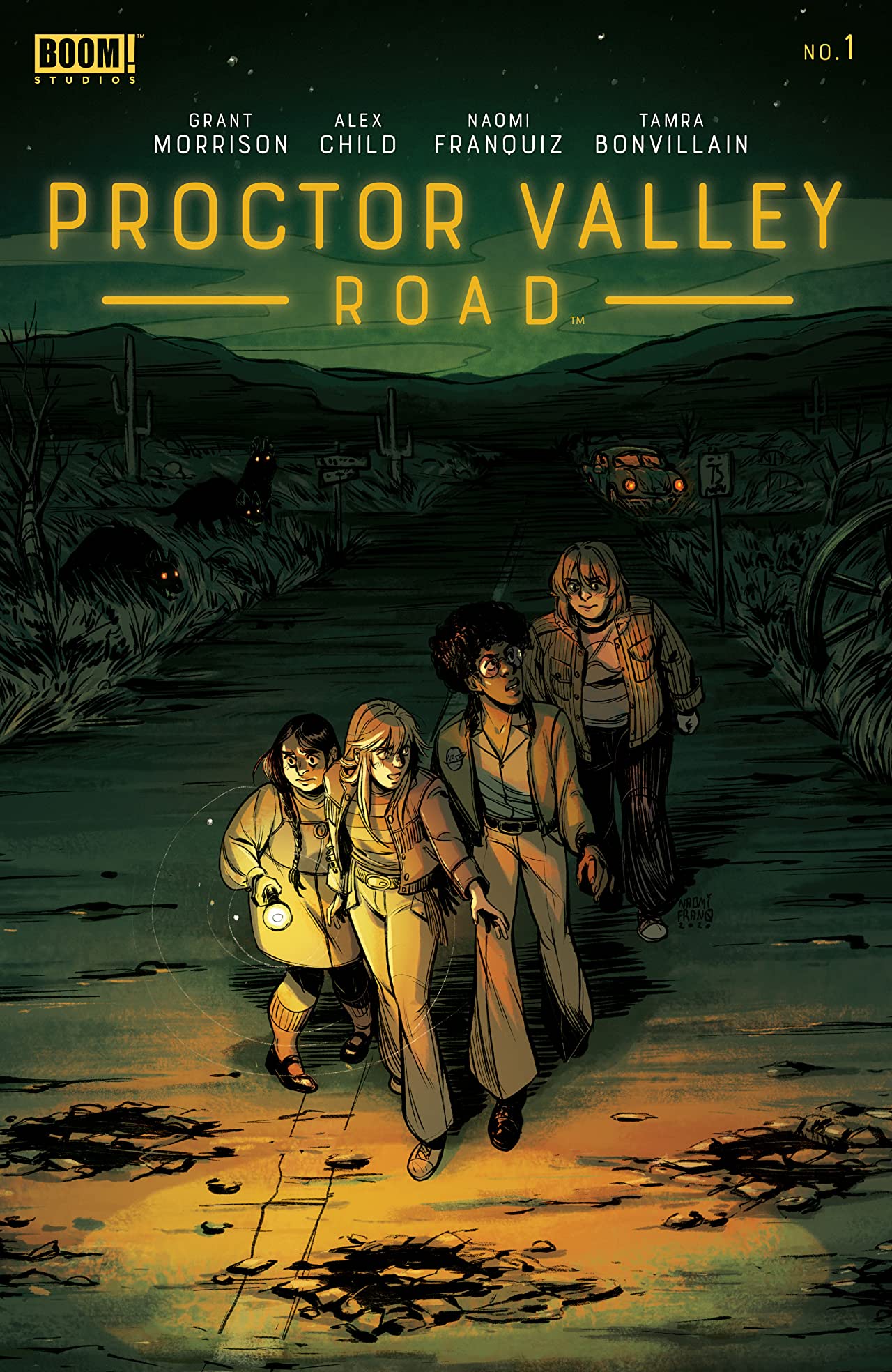 If you felt like you’re missing out on some patented Grant Morrison weirdness, don’t worry. They, alongside Alex Child, got you with their latest series Proctor Valley Road. Right out of the gate, there is blood, ominous looking creatures, haunting onomatopoeia of static, and a snapback to an idyllic town on a sunny day which leaves us wondering what exactly is going on.

Proctor Valley Road has all of the classic trappings that make me excited in a story: ragtag bunch of misfits banding together, retro-aesthetic (this time circa the 1970’s), and just enough inferred horror going on in the background to keep me interested. Morrison and Child layer the mystery on in pieces in a classical nonlinear approach, as we make quick jumps in perspective every couple of pages to give us an understanding of what’s going on in the town. The main cast of August, Rylee, Jennie, and Cora are your typical likable outcast teens whose main motivation is getting enough money for a Janis Joplin concert but quickly find themselves embroiled in something much more complicated.

It’s sufficiently weird and intriguing, and I enjoy how Morrison and Child manage to capture the time period and juxtaposed it against the horror elements present. The old school horror vibes are further extenuated by Franquiz’s clean character designs and Bonvillain’s colors that generate an ambience and solid tonal foundation for the series. The dialog can err on a little on the verbose side, but for the most part, the throughline is strong.

Depending on how the greater myth arc plays out, Proctor Valley Road could very easily become a staple in the genre. As of now though, I’m reasonably sold on the atmosphere and will be trailing behind the crew as they drive this road, wherever it may take us.