To write this review, I did something that I never do. I watched a film twice before completing my review. Now I don’t know if that breaks some deeply held Film Critic’s Law established by persnickety white dudes with monocles and curly mustaches, but in the case of Netflix’s Project Power, it had to be done. Why? Because I wasn’t quite sure whether or not this movie was actually GOOD.

Written by Mattson Tomlin (The Batman), Project Power follows an unlikely trio in New Orleans as they take on a massive conspiracy wherein a new drug dubbed “Power” giving users one unknown super power for five minutes has hit the streets. While some develop a cool power like super strength or invisibility, others draw the short end of the stick by blowing up, mutilating themselves, etc. In an era where every movie is a reboot, sequel, or adaptation of some other work, Project Power is a grounded sci-fi flick with a delightfully original premise. It’s too bad the film isn’t able to follow through on the promise of that premise.

Project Power follows Robin (Dominque Fishback), a disgruntled teenager and part-time Power dealer struggling to help her sick mom make ends meet. Disillusioned with school, Robin spends much of her time working on her rap lyrics or working off the books for Frank (Joseph Gordon-Levitt), a well-intentioned police officer who bends almost too many rules to get the bad guys. But it’s when Robin meets Art (Jamie Foxx), an ex-soldier with PTSD searching for his kidnapped daughter, that the movie really gets going.

The film is refreshingly original and offers a believable look at how the onset of metahumans might look like outside of a Marvel or DC universe. So is the wreckage left behind by these super-powered people and those gunning to take advantage of them.

What’s to stop someone who can turn invisible from robbing a bank, even if that invisibility only lasts 5 minutes? What happens to people whose powers are self-destructive, rather than impressive? And what would drug kingpins, cartels, and even governments do to secure such power for themselves? Project Power takes the time to examine all of these aspects to varying degrees of success.

The special effects in Project Power are also worthy of praise. The film looks and feels like the big budget action flick that it is, and the amazing powers that are on display are wonderfully done.

Project Power aims to combine superhero Sci-Fi with a gritty police drama and wrap it up in a neat social justice bow. While it does a fairly good job on the first two fronts, it stumbles on the third. Bodies are piling up around New Orleans as the Power drug runs rampant through the city and competing factions are duking it out for control of the drug. On top of that, structural government and justice systems converge on Robin without her even realizing the myriad of ways in which they do. It’s a valiant, but flawed comment on how institutional power structures affect the daily lives of marginalized people.

But Robin’s poorly fleshed out backstory does little to help us understand her specific circumstance. She’s all but given up on school, but we don’t know why. She’s forced to turn to drug dealing because her diabetic mother needs $10,000 for an unknown operation that Robin only refers to as, “the expensive kind.”

Even Robin’s rap skills seem pointless in relation to the overall story, despite being written by Hip Hop newcomer Chika. In the end we’re just left with a poor Black girl stuck in the hood who likes rap because that’s what characters do in these types of situations. Robin’s portrayal is left so generic that it leaves you wondering if anyone Black, or otherwise familiar with Robin’s experience, had any input over the development of her character and community.

There’s a common rule within screenwriting that basically states that audiences will allow writers one major coincidence in their script. Anything more than that and the audience will call out additional happenings as the easy outs they probably are. And while some rules are made to be broken, Project Power breaks this rule repeatedly.

In one scene, Robin pulls bullets from Art before stitching him up at the veterinary clinic where her mother works. We’re asked to ignore the difficulty Robin may have lifting the much larger Art from the car to the table inside. And we’re supposed to ignore the fact that the movie had established Robin as an aspiring rapper and not a medical professional. But that could all be easily overlooked if it was the only “get out of jail free” card that was used in the film. But it’s not.

Despite running nearly two hours (111 minutes), the movie doesn’t give nearly enough time to the many strings it leaves dangling throughout the film. Plotlines either wrap up too quickly or are left completely unresolved.

Consider the Power conspiracy that has trickled its way down to the New Orleans police force. Police officer Frank nips at the edges of it, but the conspiracy ultimately ends with a paltry explanation clearly set up to allow for a sequel. But this rushed ending is a byproduct of the writer’s self-imposed commitment to writing 10 screenplays in a single year.

“I write a lot. I write about 10 scripts a year,” Mattson Tomlin told The Hollywood Reporter earlier this year. The talented writer also wrote his upcoming film Little Fish around the same time as Project Power. While Tomlin’s work ethic can hardly be questioned, one has to wonder if the rush to write and/or sell his films quickly might have influenced an over-reliance on “easy-outs” and underdeveloped story arcs.

But the most glaring offense might be the lack of proper New Orleans dialects and vernacular. Project Power is firmly set in New Orleans, yet except for an occasional radio DJ voiceover, few if any characters have even a slight twang to their voices.

There’s not a single “Bayh-beh” (apologies for any misspelling), “Ya heard me,” and precious few other local colloquialisms in the film. It seems that the city of New Orleans was meant to serve as its own character in a way, so it’s odd that almost everyone in Project Power sounds like they’re from somewhere else. With an $80 million budget, you’d think they could have sprung for some dialect coaches or more area locals with speaking roles.

Lastly there’s the backstories of the other two leads, Frank and Art. Gordon-Levitt’s Frank is a cop on a mission, but there’s not much weight given behind his motivations. And good guy or not, there should probably be a detailed explanation behind why we’re asked to root for a cop who uses an underage informant and skirts all kinds of department protocol.

Foxx’s Art is on the hunt for his missing daughter, but we don’t learn anything about her or see her in a flashback until around the midpoint of the movie. Her backstory and the reasons behind her kidnapping are glossed over so quickly that any emotional payoffs down the road fall flat. It’s not impossible to make audiences care about a side character and their relationships to the main cast, but Project Power doesn’t do a great job of making those connections salient. As a result, what should be the emotional centerpiece of the film ends up being just another diluted plot point.

In the end, Project Power isn’t really good or bad. It’s just…ok. And in a lot of ways, that’s actually worse than if the film was outright bad. If it was bad, at least you’d be left with some sort of emotional tie to what you had just seen. You’d be able to tell your friends with passion to skip it. But because it’s just ok, it’s hard to passionately advocate for or against it at all. It’s just… there.

But it’s summertime and summer blockbusters make the season, even in a pandemic. If you’ve got a few hours to get through and don’t have high expectations, Project Power may be just the ticket.

Project Power is a Netflix original film. It premiered August 14 and is currently streaming. 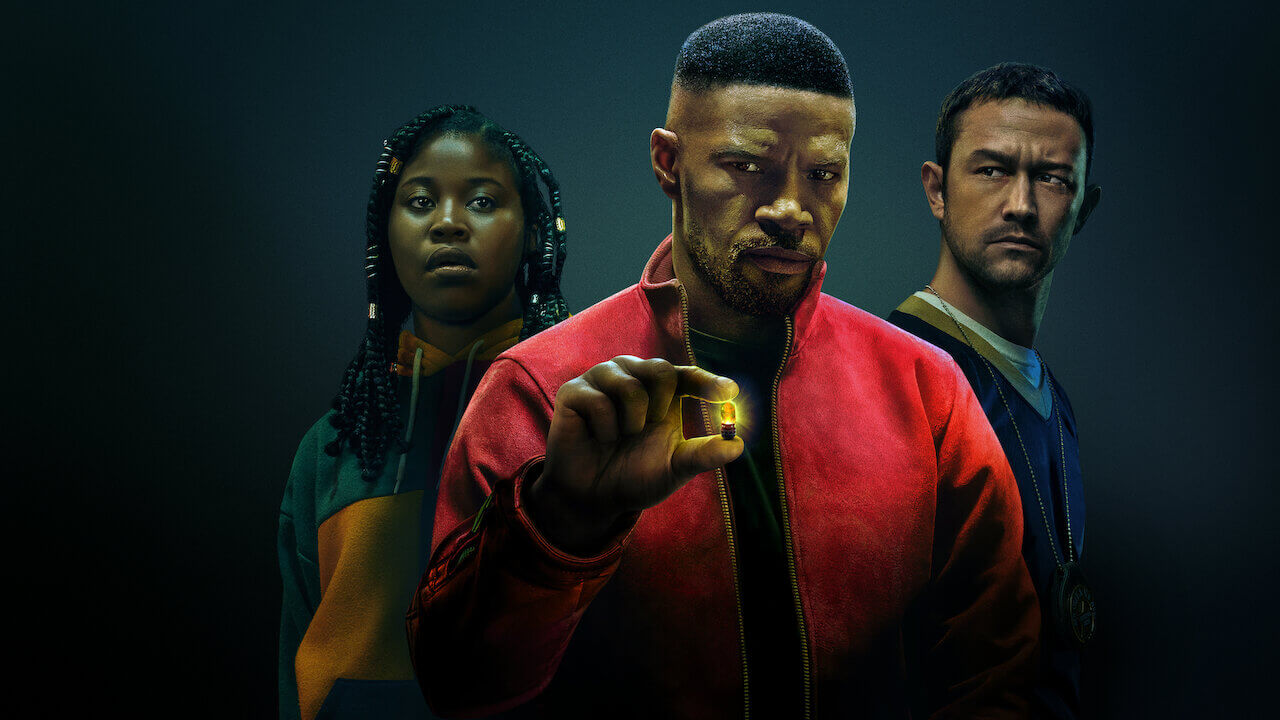