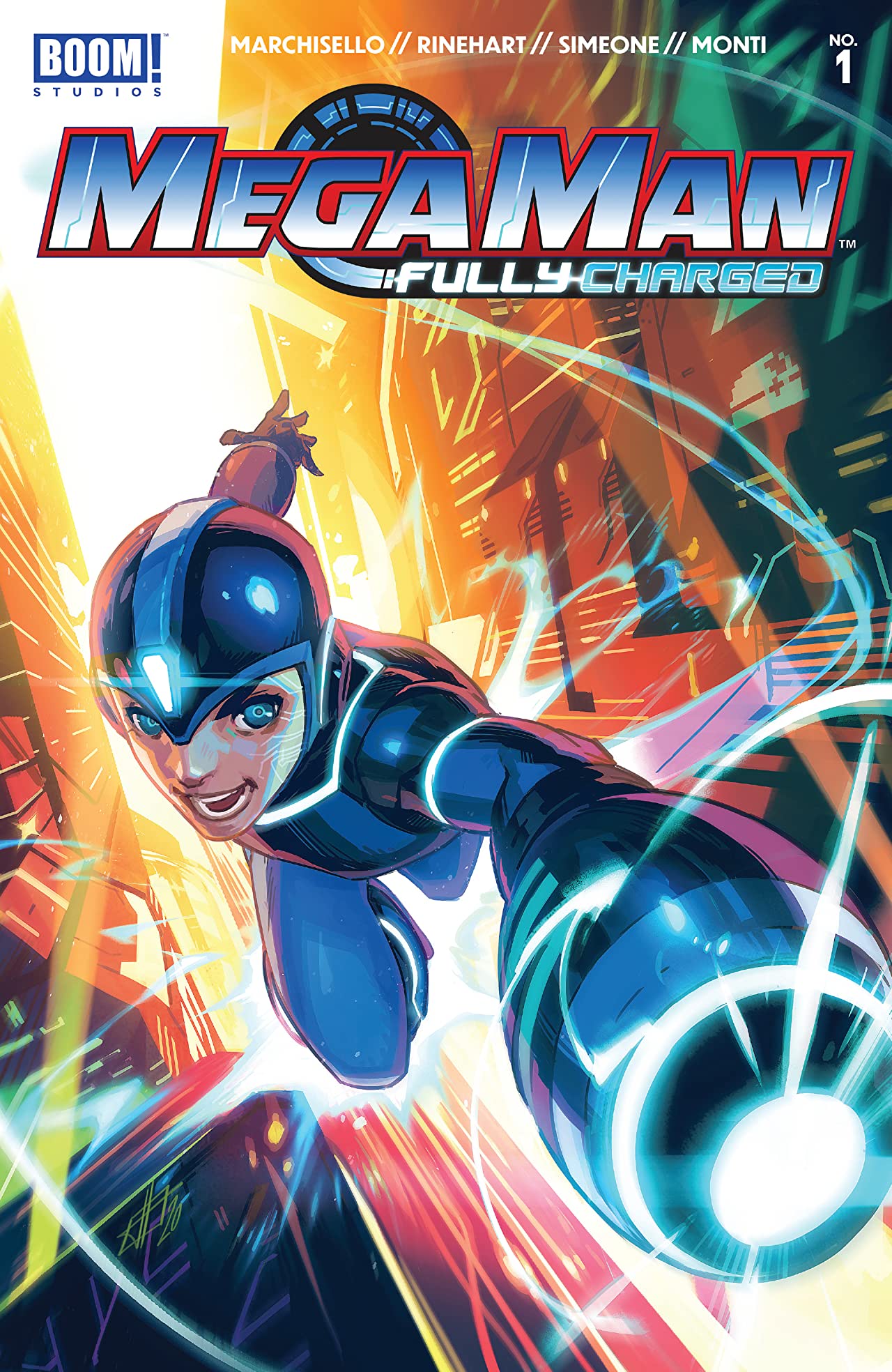 I know it’s very much a meme at this point to claim that any piece of media has surprisingly deep lore, but that was the exact sentiment that came to mind as I sat down and started reading Mega Man: Fully Charged. As someone who used to watch the 8-bit version way back in the day and as someone played the polygon version very briefly on the original PlayStation and very actively on the GameBoy Advance when the Battle Network games were popular, I’ve had a fondness for the blue bomber for a long time. He’s a robot-adjacent character after my own heart.

And while I was not familiar with the animated series that Fully Charged is set in, I am familiar enough with the character mythos and the general aesthetic of the universe to be engrossed by this interpretation of the character. Off jump, the interior art was a very different stylistic adaptation of the character design I had in my mind’s eye. Mega Man here is depicted to be a bit more lithe than I’m used to, but once the initial shock passed, I was pleased by the active illustrations of Simeone and colors from Monti. There is a lot happening on each page, but it never crosses the line from over simulating to over whelming.

The general pitch that Marchisello and Rinehart have is that Mega Man is Silicon City’s hero in the aftermath of some great calamity and has to reconcile his existence as a criminal deterrent and being a kid. It’s clear that that for fans of the source material, they’re rewarded with a cool continuation. For new readers, it adds an air of mystique to this particular iteration of the character which is bolstered by equally fun takes on Doctor Light and the Robot Masters. (Honestly, Skull Man’s introduction is worth the price of entry for me.)

Mega Man: Fully Charged #1 is not gonna make new fans of the character per se, but anyone who already has a predisposition towards Mega Man will be rewarded with a series that taps in the aforementioned surprisingly deep lore surprisingly well.