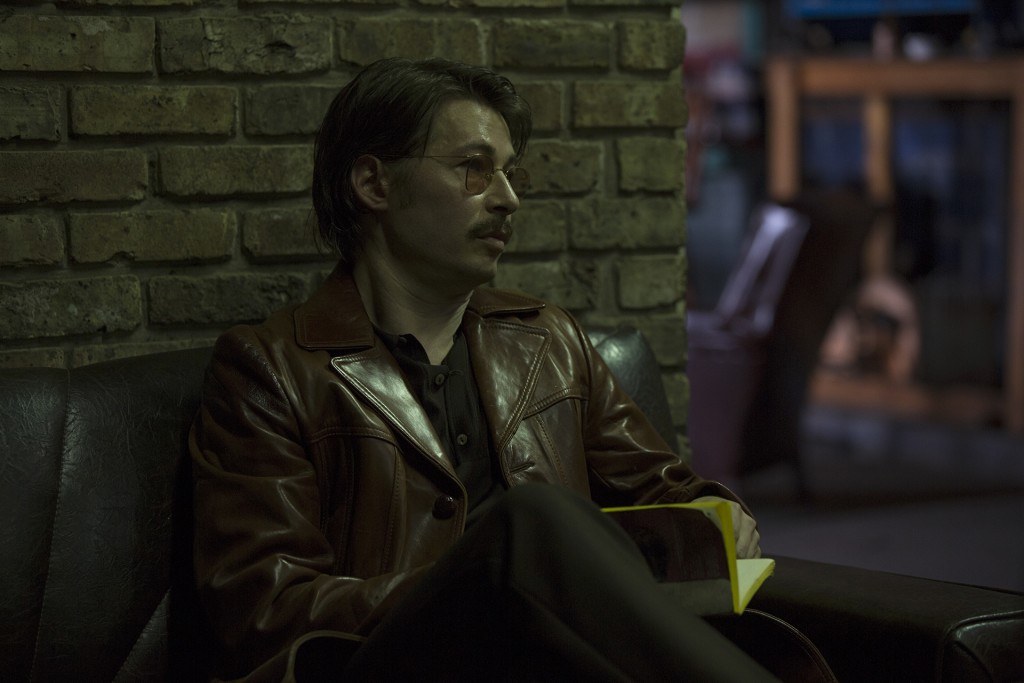 Listen, Mac must have been the prototype for the punisher, yo. This dude out here making grits and coffee while hearing a report of Eugene Linwood being killed “by his own bomb.” That’s the war report fer real, fer real. That’s the most G’d up shit I done ever seen. Then he turns around and gets a gift of a new mattress for Joni. Joni like, “Mmmm new mattress where you get the money for that– yeaaaaah we need to talk.” She tells him she got the house up for sale and my man is liiivid. Mac start packing and shit, and you gotta feel for the dude but Joni is trying to help. I’d get more into how deep the scene was… but the best part of it was when they took out the old mattress and that shit looked like it was finger painted in blood.

Meanwhile at the Carnival, fat dude that was supposed to jokingly be killed (lets call him Big and Tall) is mad cause his connect ain’t coming through with the cocaine. Never mind that shit cause The Broker comes by un-the-fuck-announced just chillin’ by Mac’s pool singing Sittin’ on the Dock of the Bay. The Broker slides Mac the mini mac and after commenting how waking up to a world with one less white supremacist was better than any Foldgers in the morning, and also let’em know he sees his house is for sale in the paper. Broker ain’t tryin’ to hear that “Joni don’t know shit” shit. He wants to hear that, “Joni ain’t goin’ be runnin’ her mouth” shit.

Tommy is up in the precinct showing his partner Vern the song book. Tommy is telling Vern there’s a connection, that Cliff and his Joni were slappin’ patties together (I dunno why I didn’t just say sex). Vern knows Tommy is all up in the sister but Tommy starts on his high horse rant about Mac having to be involved with Suggs, his mans and dem Arthur dying too.

However, once Tommy starts his whole judgment for Mac’s role in the war, Vern ain’t having that shit. Vern hit’em with that real talk, “You ain’t serve in any war, homie. I did. Fuck you talkin bout? That man may have done some shit but he did it so you can be on this side out here sticking your dick in your dead friend’s sister. I’m not sure what amendment that falls under but it’s in there somewhere.”

We see Big N Tall’s men getting more bricks of cocaine then getting the sniper scope. Them cats walked out onto the dock and caught them Petyon Manning bullets to the chest. We see Carl come out the woodworks in full cameo. He takes the weight to the Broker and we see that the plan is to stop the drug trade coming into the city. The Broker don’t want no white out here fucking up his city in any capacity, that goes for people as well.

On a happier note we see that Marcus discovered where Arthur hid the money. He was gettin some peroxide for his sister’s scrapped knee and finds that shit duct taped under the sink in a brown paper bag, Dipset style.

Bruh, Buddy getting ready to do a presentation for The Broker. His Mom tellin him,

Moms: Yaaaaaasssss Bish! Goooo with the red outfit! Show some leg! If he don’t see your vision, tell that man to kiss ya twat.
Buddy: It’s… that’s not how twats work.
Moms: THAT’S HOW TWATS WORK AYEBODY HAS TWATS. 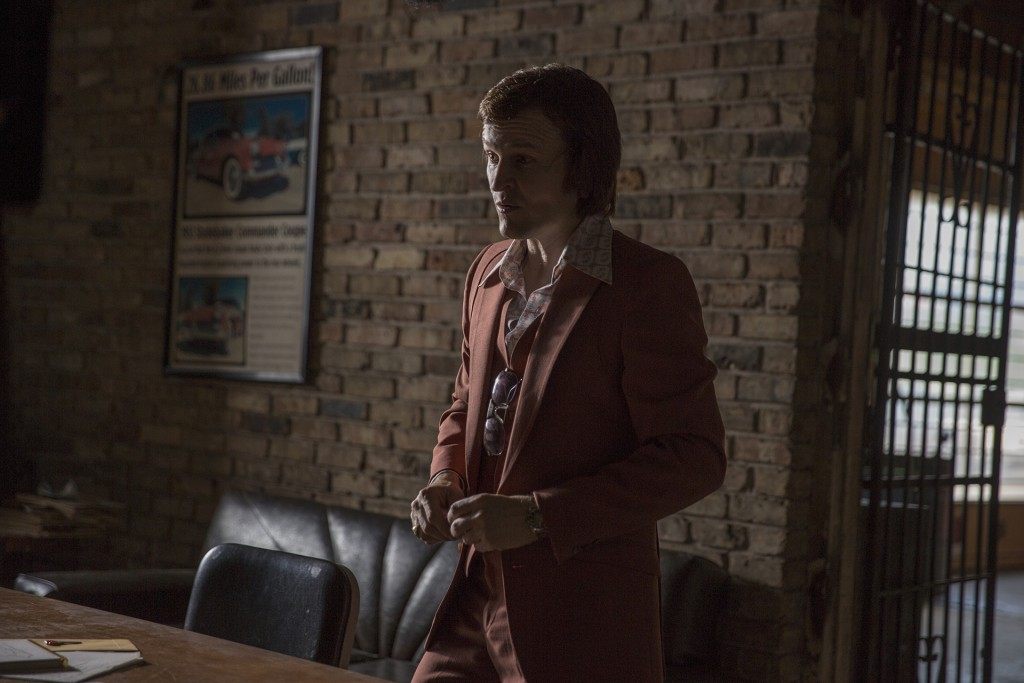 Buddy shows The Broker his diagram on how the system they’re using to get guns is broken. My man walked up in there like George Jefferson for this presentation, too. Buddy wants to be the new connect and stop killin’ cats out here. The Broker basically puts this show on pause cause he needs muh fuckas dead. Maaaaaaaan, Buddy don’t wanna have to deal with droppin’ cats no more but the game still needs him. He and Mac will be working together for this mission.

Mac sees the woman that basically saved his fucking life in the parking lot as he’s getting the new whip for the mission with Buddy. This guy doesn’t give a thank you or not a damn thing, man. He runs up on her like, “Aye! Aye ma! Whats good with that body we dropped?! I work here, too. Tell me what happened.” Dude, where the fuck is your gratitude homie? She tells’em to get the fuck outta dodge…riiiiight after being like I hope you ain’t like this with your wife too. Now not so kindly back the fuck up.

Buddy don’t give a shit about Mac’s dealing with the mysterious co-woker. These guys go for the stakeout on the dude’s they’re about to merk. These cats are set up at a carnival, Buddy out here depressed, man. Ya mans poppin’ pills, drinking, and gets into a philosophical ass conversation about death and keepin’ track of names of those that were killed. Buddy knew he done went Stone Cold Steve Austin in the heart. Mac ain’t even know the names of the folk he had to kill during his two tours overseas. It’s a really deep moment between these two…that then gets interrupted by Big N Tall and his mens.

Fam, they’re cover is blow all to fuck. This dude inviting them in to play games and shit. Then one of Big N Tall’s men whispers in his ear. That’s when the fucking homophobia starts flyiiiiiiin.

Big N Tall: My man says all a couple of *yall know the word he used*
Mac: Um no sir we just
Buddy: ‘Ol up. What makes a ya mans and dem fucking expert on the matter? Fuck if we were? You know what- I try to be nonviolent, I fucking try but Buddy goin’ have to choke a Bi-

Mac grabs Buddy hands to prevent him from letting the Nina ring. Thereby providing them their cover as lovers. Big N Tall is like, “Aye even y’all gotta have fun too. Y’all welcome here.” Yeah, Mac and Buddy are trying to figure out how to restore this mission. Mac is like how bout we just go back and blow ayebody’s brains out? That’s fucking direct right?” Little does Mac know they gotta get the fucking Heroin Stash too. Mac fed up man, the recon ain’t say nothing bout retrieving stash, this is like a video game mission where you gotta do some extra shit in a side mission in order to get a perfect score. Mac is sayin, “Fuck the system. we goin go blow these fuckers guts out.” 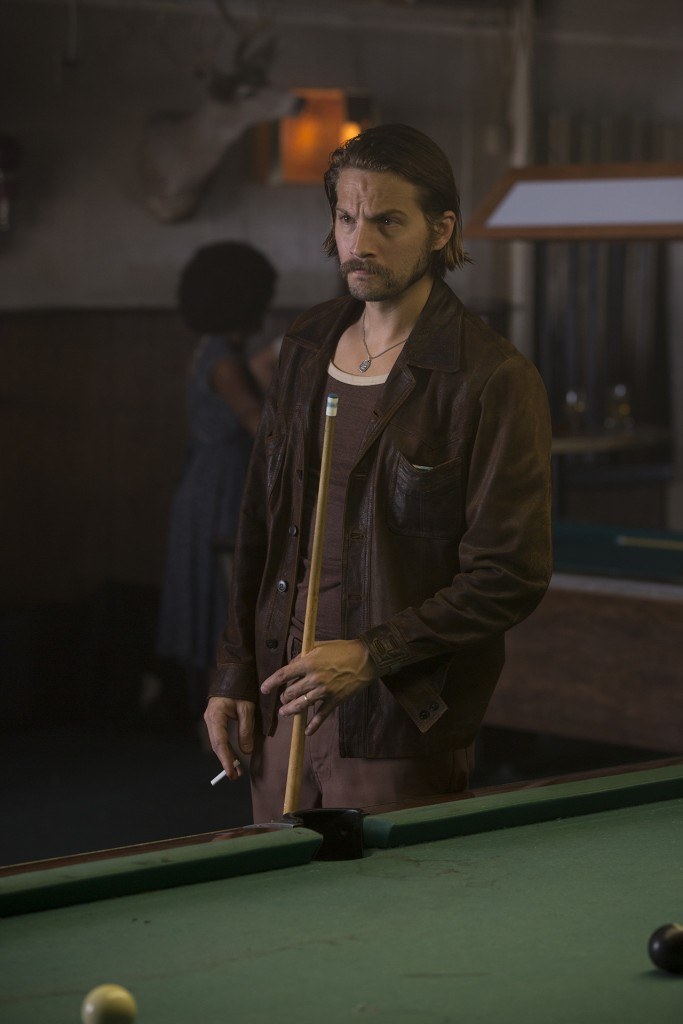 Yo, tell me why The Broker is out here in the fucking house showing for Mac and Joni’s place. This dude sizing Joni up with straight up fan fiction background and shit. Joni matching him making up shit on the fly. This guy out here bored or just killing time or some shit.

Big N Tall comes to check on his men getting the coke connect, and instead walks into a crime scene where his men look like they aftermath of a Grand Theft Auto. At the restaurant, Moses talking Halloween plans with Ruth and wanted to take her to dinner and Ruth is like nah not now… but next week is good. Yuuuuuuup, that’s about to be a thing.

Yo cut to the most awkward scene next with Tommy back in Cliff’s house and with his sister. She is in a cabaret outfit and they making out, this dude mid-make out and kissin’ her then saying, “Yeah, I’m bout to bust your brother’s case back open. Yeah, I’ma get all up in that shit.” Family she said, “Yup. I’m done. Noooope. You keep bringing that shit up. I’m good.” This guy Tommy masculinity maaaaaad fragile yo, “Oh. Oh, you ain’t dumpin’ me? Oh yeah well….your brother’s stupid. …and you’re stupid too cause it runs in the family.” 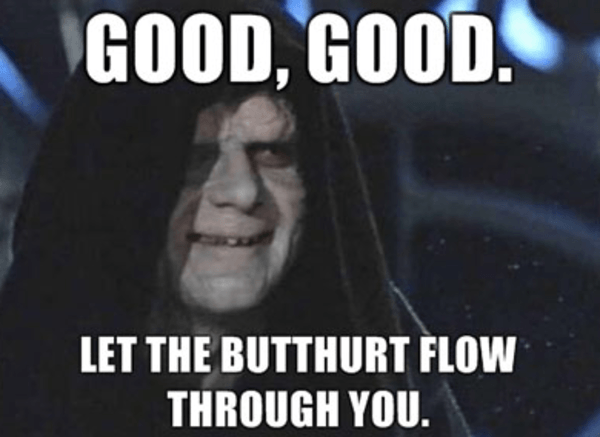 Ruth comes home to Marcus’ gift that he says he got with some “money he saved up.” Ruth tellin’ him to spend that on himself. Can we just talk about how cute it was to see this guy helping his sister get her costume on? She askin’ where his costume at, Marcus talkin’ bout he too old for Halloween. She like, “Bruh you don’t like free candy? You too old for free Candy?” Marcus plans on just eating all of hers.

Meanwhile Mac and Buddy breaks into Big N Tall’s henchman’s home. The same dude that was questioning they sexuality. Mmm homie was given out trick or treat candy to kids and got caught slippin, now he’s questioning his judgement after being shot in the foot by Buddy for not answering where the stash at. How you get shot in the foot then still spittin’ that homophobia? He called’em homos and Mac already knew what was happening next.

Buddy shoves his fucking foot into the oven and homie passes out. “Okay, I might’ve wyld out a little too much.” More trick or treaters come and Buddy got the nerve to serve’em candy! Bruh, I was fucking dyiiiiiiiiiiing. He comes to and tell’em that the stash is in the pinball machines, then cops a bullet to his head for his troubles.

Mac checks in with Joni and she’s freaked out. He comes straight home checking the doors, the windows, everything. She feels like she saw something. Of course there’s nothing there and she feels stupid for freakin’ out. Listen, Mac is the fucking best. He tells her it’s alright he’s here and they bout to freak out together. Come on. My man smooth. “It was a trick or treater wasn’t it?” I love this guy. Mac leaves but he isn’t alone… Tommy was staked out watching this guy’s house on the low low low lurk. Joni’s was right as fuck, and I’m so mad at Mac for not realizing his ass was being tailed this entire time.

Mac is back with Buddy staked outside the Carnival about to storm the place. We see this stash being stowed away. Mac is getting into kill mode and he sees Buddy getting high off pills, drinking and Mac is like the fuck is this about. He trying to establish a signal and Buddy fucking whistles, Mac (rightfully) loses his shit. He straight hand over mouth’s Buddy and tells’em, “you know what’d happen to your ass if you were fucked up on the job in a war? THE FUCK YOU DOIN?! Straighten that shit the fuck up right the fuck now, fam.” 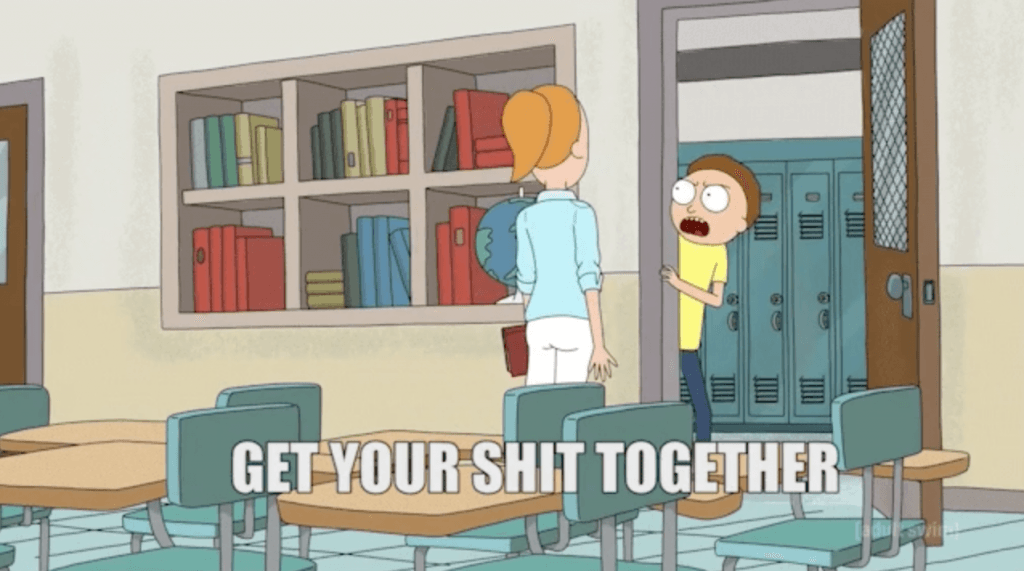 They go in on their zero dark thirty but there’s more folks arriving to the scene. Yeah, the plan done changed and the bodies they gotta drop just went up. They were not counting andy meet up to be happening. Mac is sizing up the situation when he hears, “Ayo Mac milly.”. He turns around to see Tommy pointing the heater at him.

Mac: Awwwww the fuuuuuuuuuck is this? Really? *Looks up at sky* Really doe?!
I’m pretty sure I’ve never hated a fictional cop more than I hate Tommy. Fuck this guy, man. Ain’t nobody like Cliff that much no how, yo. Mac out here just trying to kill off his debt literally and you out here fucking up the money, Tommy. I’m really hoping this guy catches the lead zepplin to the dome piece.