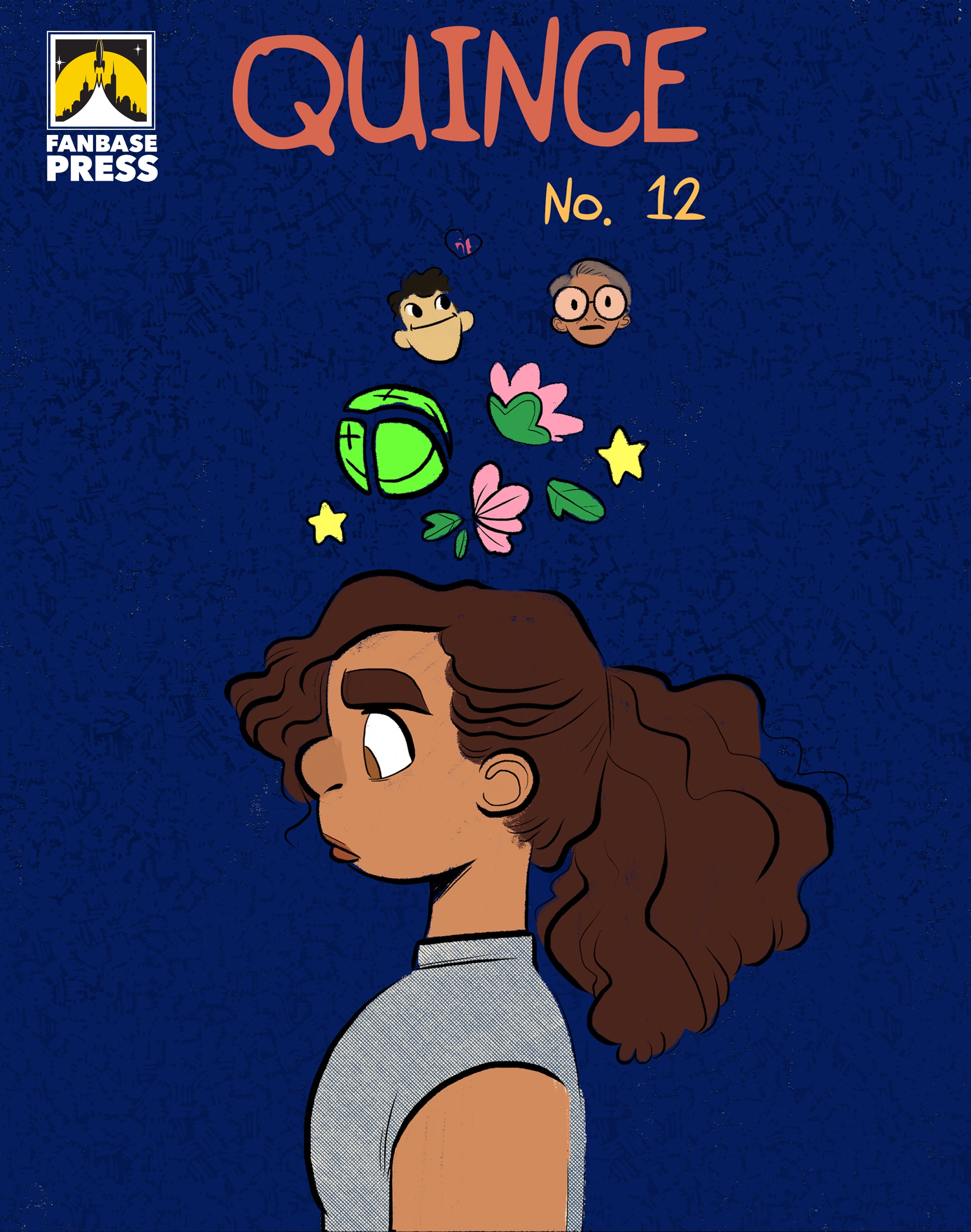 It’s been a journey for our girl Lupe, being on her superhero grind, being a teenager, being a student and everything else on her plate. With the introduction of her nemesis, another super-powered teen who threatened to reveal her civilian identity if she stood in her way, she was at a loss on what to do. Regrouping, she decided to continue the good fight and follow her heart and moral compass. The night of their showdown, she suits up and goes looking for him only to find:

This doesn’t make a lick of sense as my grandma would say and Lupe rides high on this victory. With the baddies defeated Lupe actually is able to go home and sleep decent hours for once. Or check up on homework. Or Netflix and chill out. The school has caught word of Q’s victory and while most, if not everyone is relieved, a few think it’s way anti-climactic. But high school moves on. And there’s some big event happening…When Lupe gets home and relays the story to Abuela, she, too, thinks its anti-climatic and doesn’t take the story as all that it appears. The two butt heads on the topic and things are left on a sour note. 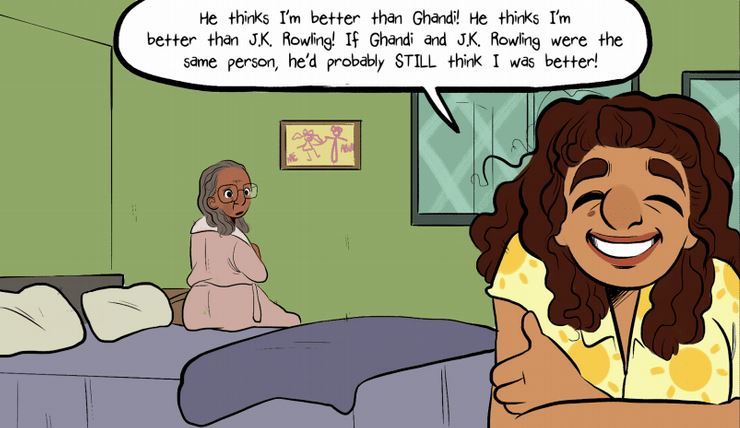 But in other news, there are new developments for Lupe in other parts of her life that I couldn’t help but dance in my seat and cheer her on for. It was an unexpected, adorable twist in the story that just warmed my heart. I totally want Lupe to have it all. She’s my girl. Seeing her managing crime fighting better (which results in her being well rested), being on a better note with her immediate family now that they know her secret, and her grades improving (with tutoring from Devon) has my hopes high. Seeing her have this moment and of course, the moment after, make me not feel so dead inside when I tackle how awful the world can be when I step outside.

Quince continues to balance the heavy topics with the jokes and feel-good stories, which makes it so fun to read issue after issue. The fun and familiar art style stays putting out realistic, not hyper-sexulaized body shapes and illustrating high school as Lupe knows it. On the last page Abuela drops some knowledge for L in some phrasing perhaps we’ve all heard (I know I have). It’s just that type of collab from the creative team that makes Quince super relatable and I’d strongly argue as one of the best superhero comics out now.

We’re closing in on the last few issues of this series as sad as that makes me. If memory serves me correctly: Lupe’s super powers will only stay with her temporarily. Until her next birthday. In the timeline of the comic it’s been almost a year so we’re not only leaning towards the series coming to an end but also Lupe’s time with her powers coming to a close…with the tension between Lupe and Abuela so thick we actually can’t cut it with a knife over an issue that’s too big to ignore–I’m really curious how the creative team is going to pull off not just the next few issues but also if this problems gets resolved…in time.

Lastly, I’m really digging these latest covers. I thought this issue’s was pretty dope. Lo and Behold, next issue’s cover had me shook. I totally get the reference but no spoilers here! See y’all next issue!

9 Balloons, Confetti and Roses Out Of 10