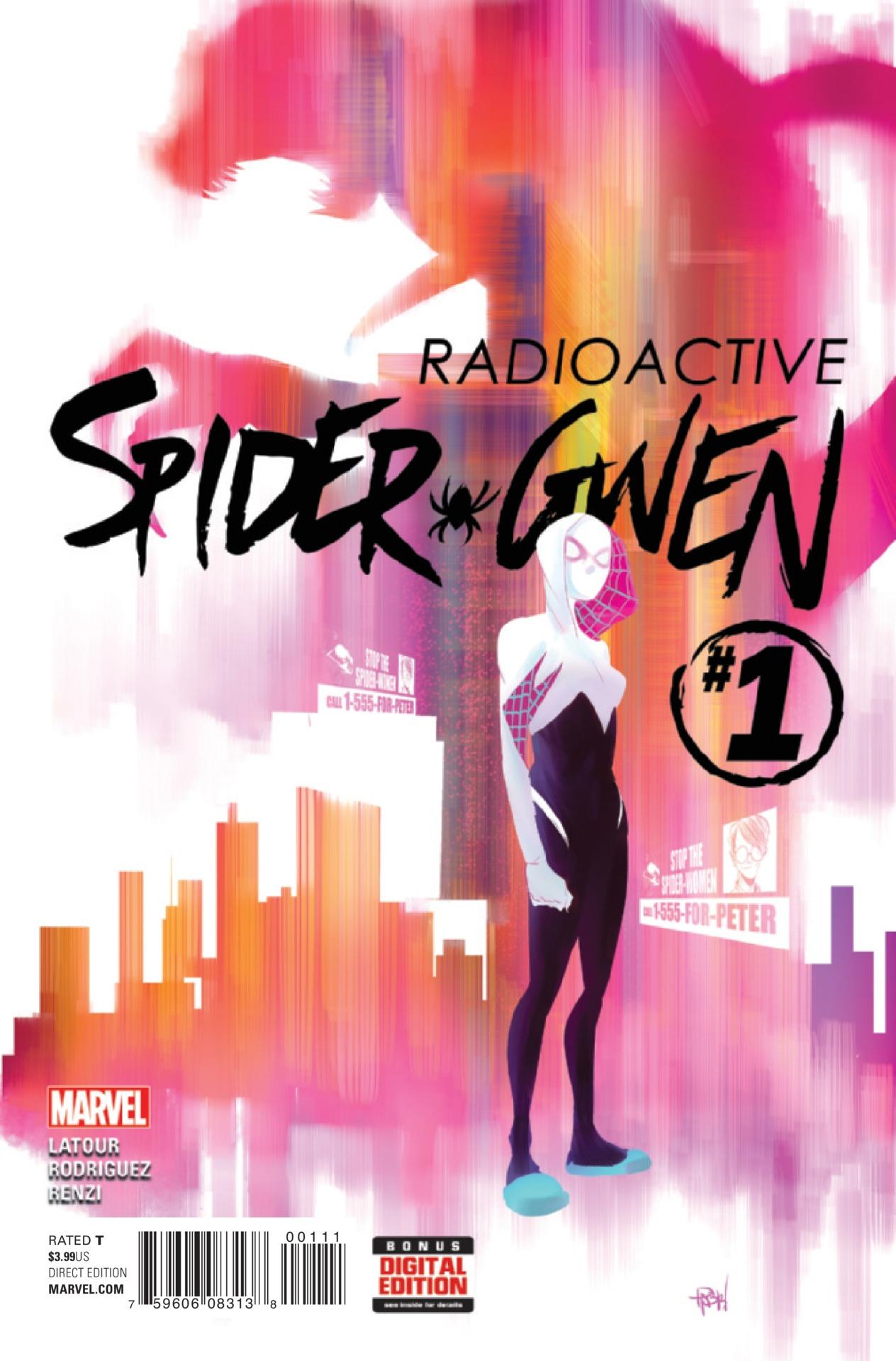 When they canceled Spider-Gwen the first time it felt like watching your friend crumple up a beautiful picture before you could stop them from doing something so stupid. “It was so good,” you would tell them. “You have to finish it!” But it’d be too late because it’s already balled up beyond repair and halfway to the trash bin. This time, though? Marvel’s doing its best to straighten it out, iron out the creases, and give the homie Gwen the star treatment fans have been asking for. Ladies and gentlemen, Spider-Gwen is back and running through the 6 with her woes.

Our All New, All Different Spider-Gwen isn’t very new, or even noticeably different, which is a good thing. Nothing was broken with her character so there’s nothing to fix – regular-life Gwen Stacy is a mess trying to hold it all together, and alter-ego Gwen is funny, clever, and everything you want from an acrobatic web-slinger. 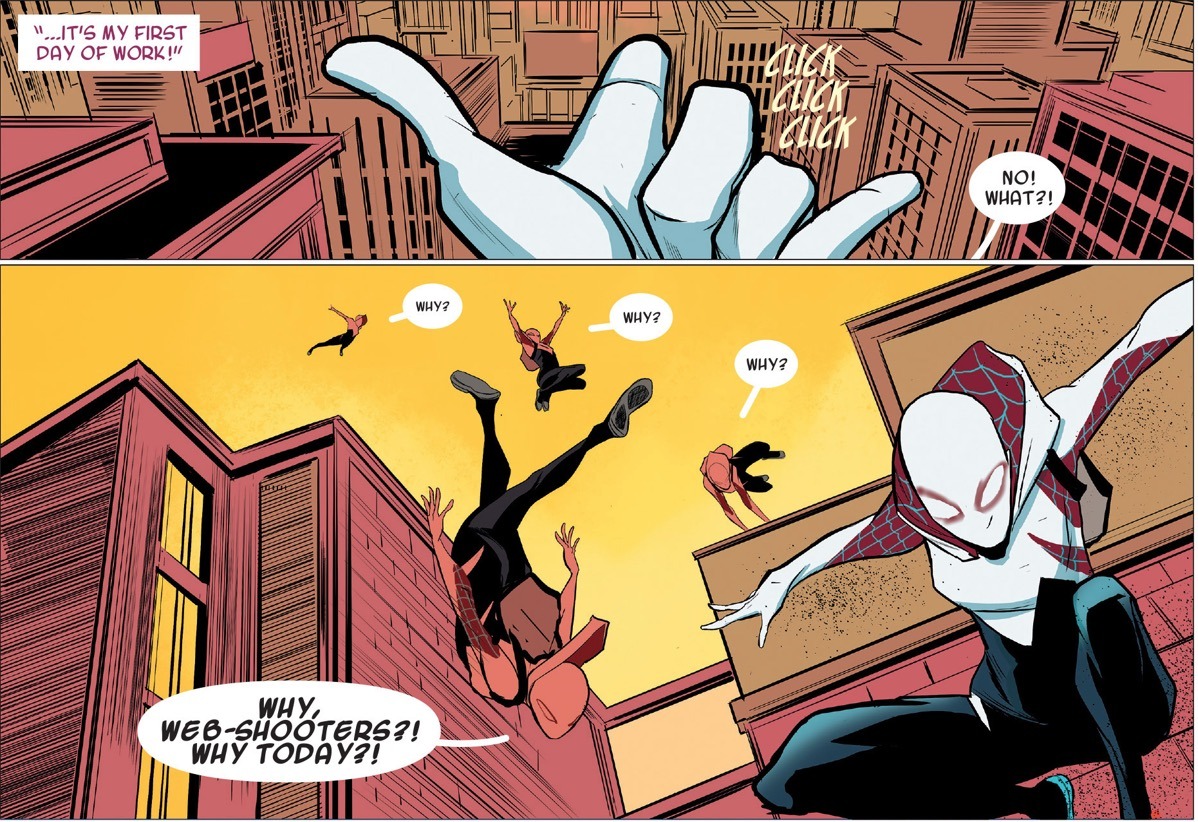 The tricky part of reading Radioactive Spider-Gwen is some lack of clarity around backstory and previous events. New readers will have a hard time keeping up with the explanatory flashbacks in Radioactive Spider-Gwen #1, and old readers might struggle with keeping this new series straight with the original Spider-Gwen solo run. It’s a weird Spider-jumble that isn’t very clear sometimes, and honestly I found myself a little lost here and there myself sometimes, but I expect this story to stand on its own soon with enough time.

The best thing about Gwen’s triumphant return is that it comes with the original creative team of Jason Latour, Robbi Rodriguez, and Rico Renzi. The three worked well together when Gwen’s popularity from the Spiderverse turned into popular demand for a Spider-Gwen solo series. Rodriguez and Renzi give a distinct artistic style, especially the bright, neon colors splashed across pages. And, of course, Spider-Gwen’s costume design is always worth mention, being one of the most cosplayable heroes on the roster and a clear fan favorite.

Overall, Radioactive Spider-Gwen #1 wasn’t a perfect start, but it has all the ingredients for a great series. There aren’t many comics as fun as this one, and it’s good to have her back.