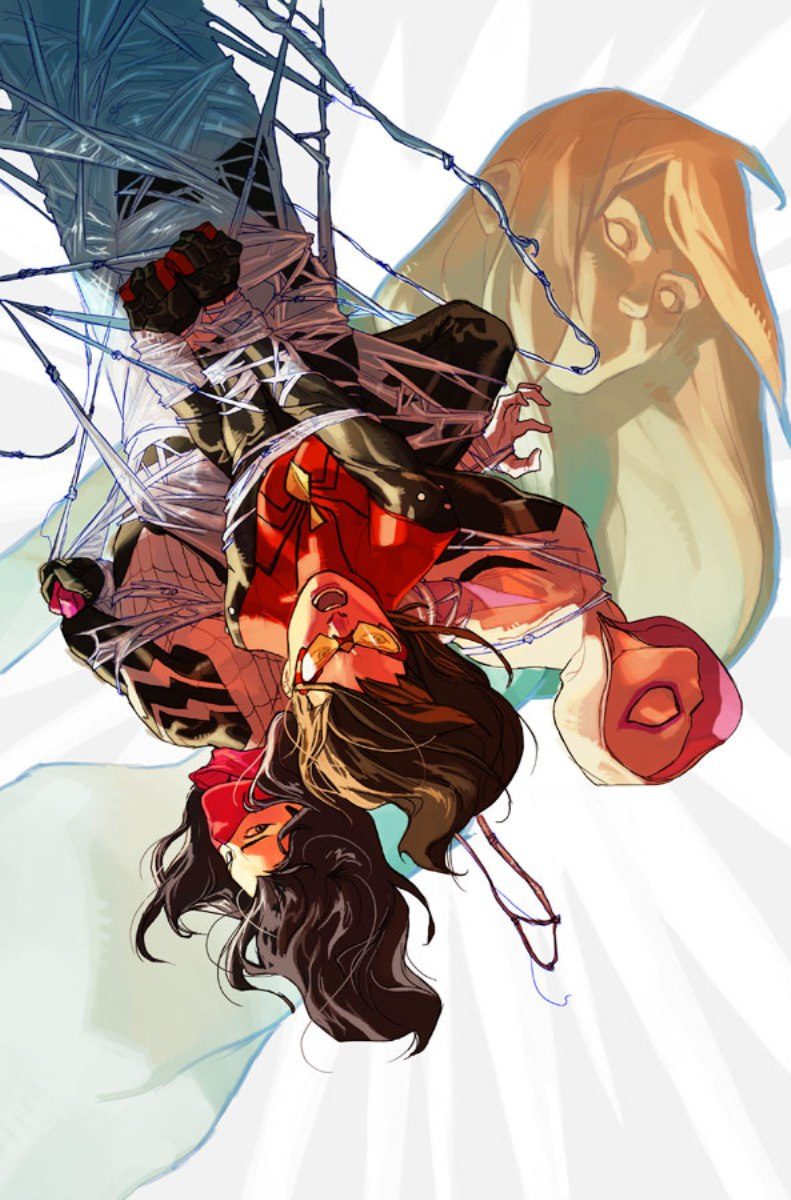 Between the Spiderverse, A-Force, and individual solo series for Jessica Drew, Gwen Stacy, and Cindy Moon, it’s clear fans can’t get enough of these new women web-slingers. And what the streets want, the streets get. Enter Spider-Women #1, a new series announced by Marvel set to premiere in 2016.

In Spider-Women, Jessica Drew (Spider-Woman) and Cindy Moon (Silk) find themselves running through the 6(5), which is Gwen Stacy’s universe. You know, Spider-Gwen. You know, the one you want to cosplay. As each of these solo stars has their own breakout series, a trio of their respective writers will helm the new title: Jason Latour (Spider-Gwen), Robbie Thompson (Silk), and Dennis Hopeless (Spider-Woman). The streets will understandably side-eye an all-men team of writers on a series of all-women heroes, so I guess I was wrong – the streets don’t always get what they want, they will get just enough that Marvel feels comfortable that your dollars will keep pouring in. 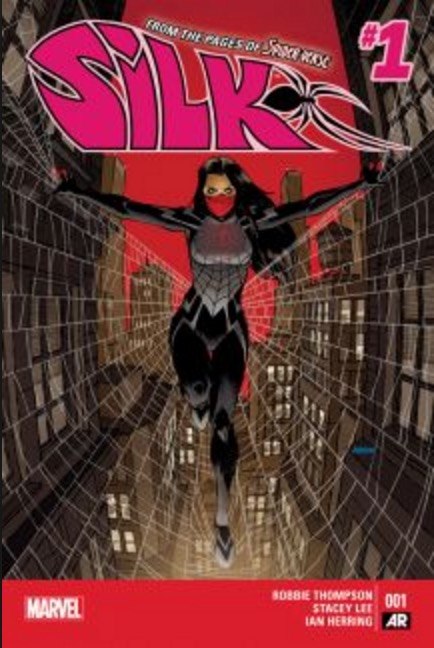 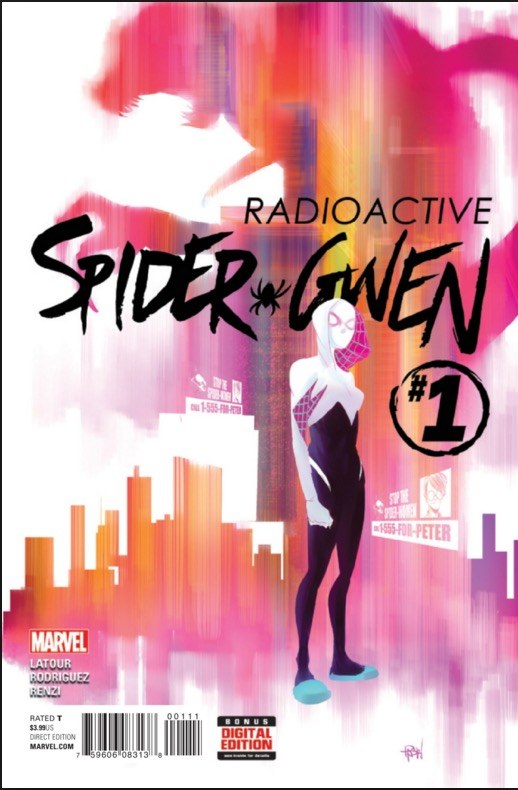 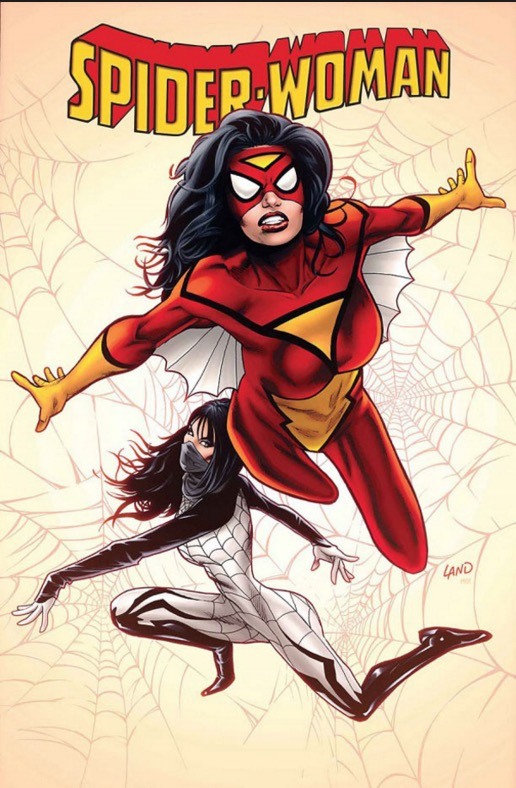 After a successful run with A-Force that recently concluded, written by women, having 3 men writing Spider-Women will raise skeptical eyebrows at best, and, at worst, draw ire from comic fans. Of course it may seem entirely natural to have the head writers of each character handle a team-up series, but when that looks like an all-men team writing an all-women cast it sounds like less of a good idea, and more of a spotlight shining down on a problem. I love Jason Latour’s Spider-Gwen, but I doubt I’m the only one seeing flags here.

[divider type=”space_thin”]
Regardless, Spider-Women has promise, and I’m excited to see what comes of the spider-trio together exploring Earth 65. In an interview with Newsrama, Latour shared a little insight on the impact this series will have on his character in particular:

[quote_simple]”The villain of this event has a very personal stake in Gwen’s future on Earth 65. And as a result Gwen is going to receive a very interesting offer. And that’s about as much as I’m going to say about that. Just know that what happens to Gwen in this story will have far reaching results for her and her world moving forward.”[/quote_simple]

Sound interesting? We’ll have to wait till spring 2016 for the title to launch, but in the meantime you should catch up on Radioactive Spider-Gwen, Spider-Woman, and Silk’s solo adventures on shelves now.