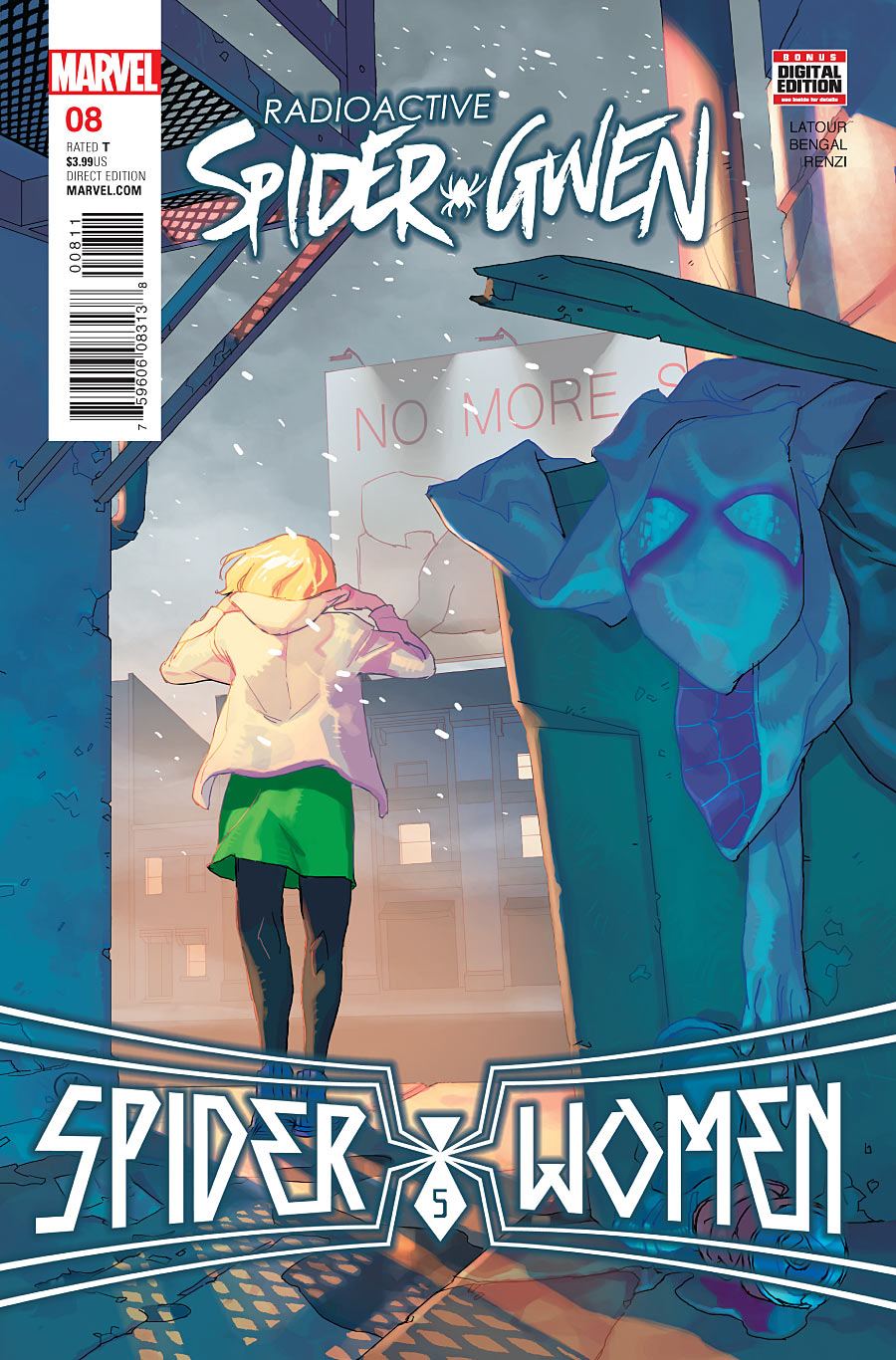 From the opening cover we knew where Radioactive Spider-Gwen intended to go, following the footsteps of the age-old superhero plot where the powerful hero becomes powerless, a reminder of their mortality and the plight of the average human, the feeling that keeps them humble. As a colleague recently mentioned, it’s a plot all heroes need. We have to see how they deal with the pressure, and their willingness to keep it all in perspective. The only question was whether Gwen would dump the suit willingly, if have it taken away. 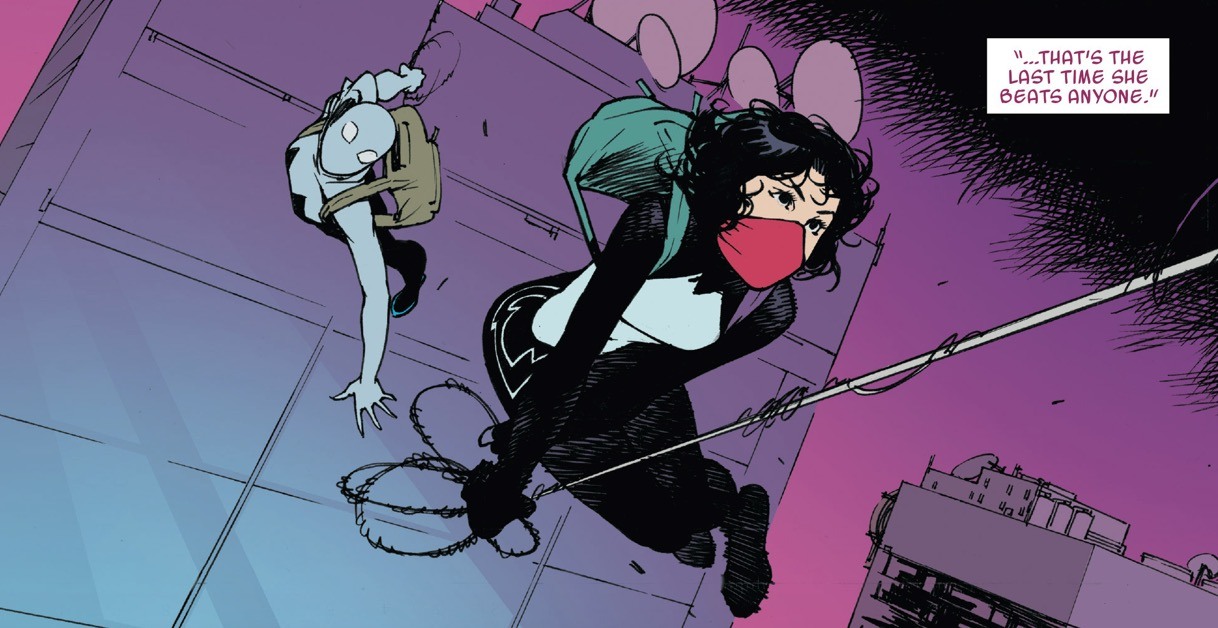 Radioactive Spider-Gwen brings us back to the 616 where Gwen and Cindy square off against Cindy’s Earth-65 counterpart, a long awaited battle to reveal just how strong an enemy the two are up against. Why only two of them? Where’s Spider-Woman? Basically the two youngins are doing the “keeping this from you so you can lead a normal life” thing, akin to “keeping this from you to keep you safe,” which are two of the most overvalued rationales that heroes use to make decisions. It’s the superhero equivalent of running upstairs in a horror film – you’re actually only being selfish by getting in over your head and you should probably just stop lying. As it turns out, there’s even more to the connection between the two Cindy’s than meets the eye and, as any good twist does, their connection changes how we understand both characters’ histories as we knew them.

There was a lot of cool visuals in this issue – a lot of awesome powers, size perspectives, and creative art to lend itself to the exposition and the villain’s big reveal. Bengal’s artwork did well to supplement the story without distracting from it, and ultimately making everything easier to follow and understand. The Silk doppelgangers were also notably distinct in a fun way, with evil Cindy having the sullen eyes and Kuvira-esque crazy expression that says she will indeed take things too far and enjoy every minute of it.

And like most issues of Spider-Gwen, you’ll enjoy every minute too. This continues to be one of the most fun titles from Marvel; if you’re reading the current arc with Spider-Women Alpha, here’s where we currently stand. Keep up or catch up! 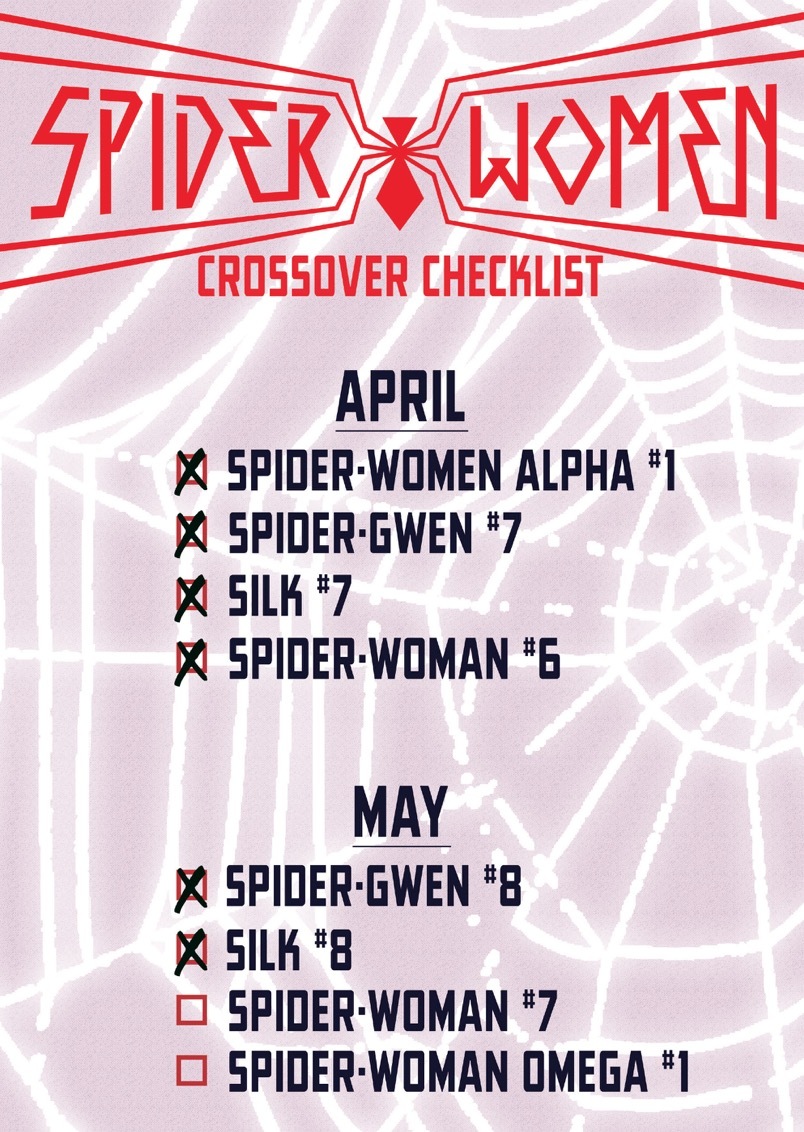