#BoycottStarWarsVII is straight up ridiculous and embarrassing. It’s also a trending hashtag right now. Trending in response to a female lead and a Black male holding a lightsaber (we don’t even know if he’s a Jedi) in the upcoming The Force Awakens. Like Carrie Fisher, Billy Dee Williams, Natalie Portman, or Samuel L. Jackson’s characters never existed in the Star Wars universe.

“Racebending” refers to situations where a media content creator (movie studio, publisher, etc.) has changed the race or ethnicity of a character. This is a longstanding Hollywood practice that has been historically used to discriminate against people of color.

Michael Clarke Duncan as Kingpin, Samuel L. Jackson as Nick Fury, Michael B. Jordan as Human Torch, Idris Elba as Heimdal. These are obvious cases where men of color have portrayed characters conceived originally to be white men. This kind of casting has been dubbed ‘racebending’ after M. Night Shymalan’s slow motion train wreck, The Last Airbender.

Websters’ defines Whitewash as ‘a deliberate concealment of someone’s mistakes or faults in order to clear their name’. 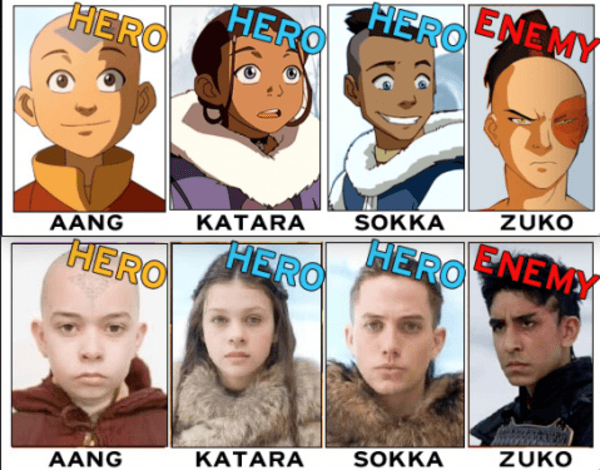 I’ll be utilizing the second definition.

When a cast is whitewashed (like most movies) there is the obligatory blog that speaks back to the issue, a few editorials shared on Facebook. That backlash rarely translates into any real resistance (the exception to the rule being Exodus, nobody went to see that).

Media Representation: the ways in which media portrays particular groups, communities, experiences, ideas, or topics from a particular ideological or value perspective

This phenomena defies category, Charlize Theron’s Furiosa in Mad Max: Fury Road forced audiences to redefine ableism, female-bodied protagonists, and feminism in one fell swoop. Let’s keep it a buck, most films are whitewashed and cis male, so what does it mean to have positive media representation of any kind? 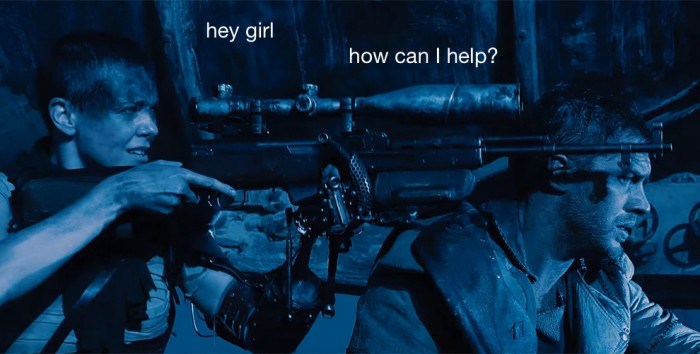 Representation becomes a verb when folks are purposely excluded from the landscape of a narrative tapestry, and have to be CONSCIOUSLY placed back in. In reality, we see that all types of folks are in all types of places, but few reflections of that truth make it to mediums like film.

These things happen when you have a history like the one the U.S. has. The really annoying aspect of this is when an act of positive media representation becomes the rallying cry for bigots to claim there is an agenda to marginalize them.

For racist fanboys to make a case for reverse racism (which doesn’t exist) requires them to first make the case that racism existed prior, and that they benefitted from it. Justifying the need for representation (*cough * affirmative action).

I loved Star Wars growing up because it gave me hope that far, far away racism didn’t make any damn sense. I love the sci-fi/fantasy genre because it redefines and envisions the future. However, when #BoycottStarWarsVII rises to prominence in a country that puts #AmericanSniper on a pedestal, there needs to be a clear understanding of how media effects the political landscape down to the personal experience.

That said, The Force Awakens doesn’t even engage in racebending, just diverse casting; but you can’t argue with folks whose logic equates to this: 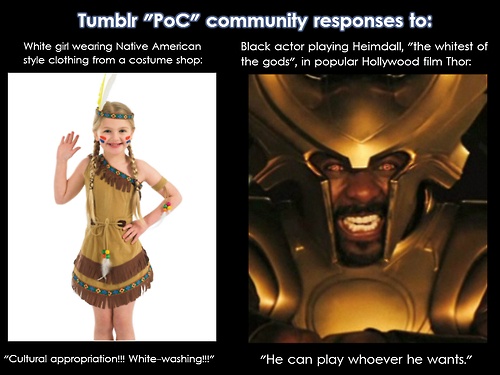 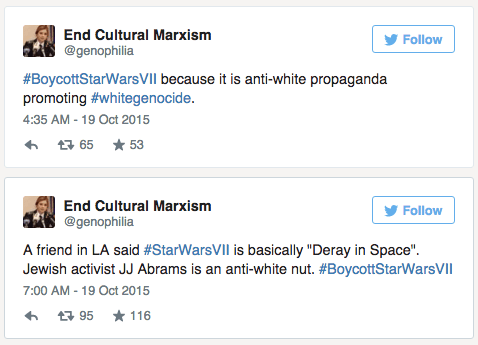 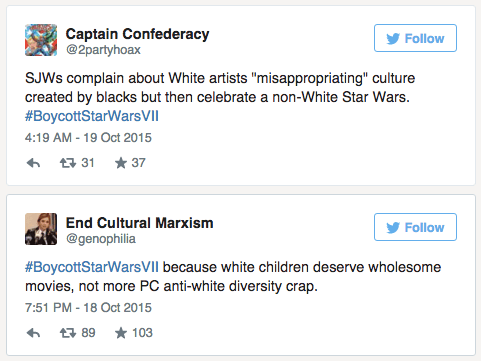