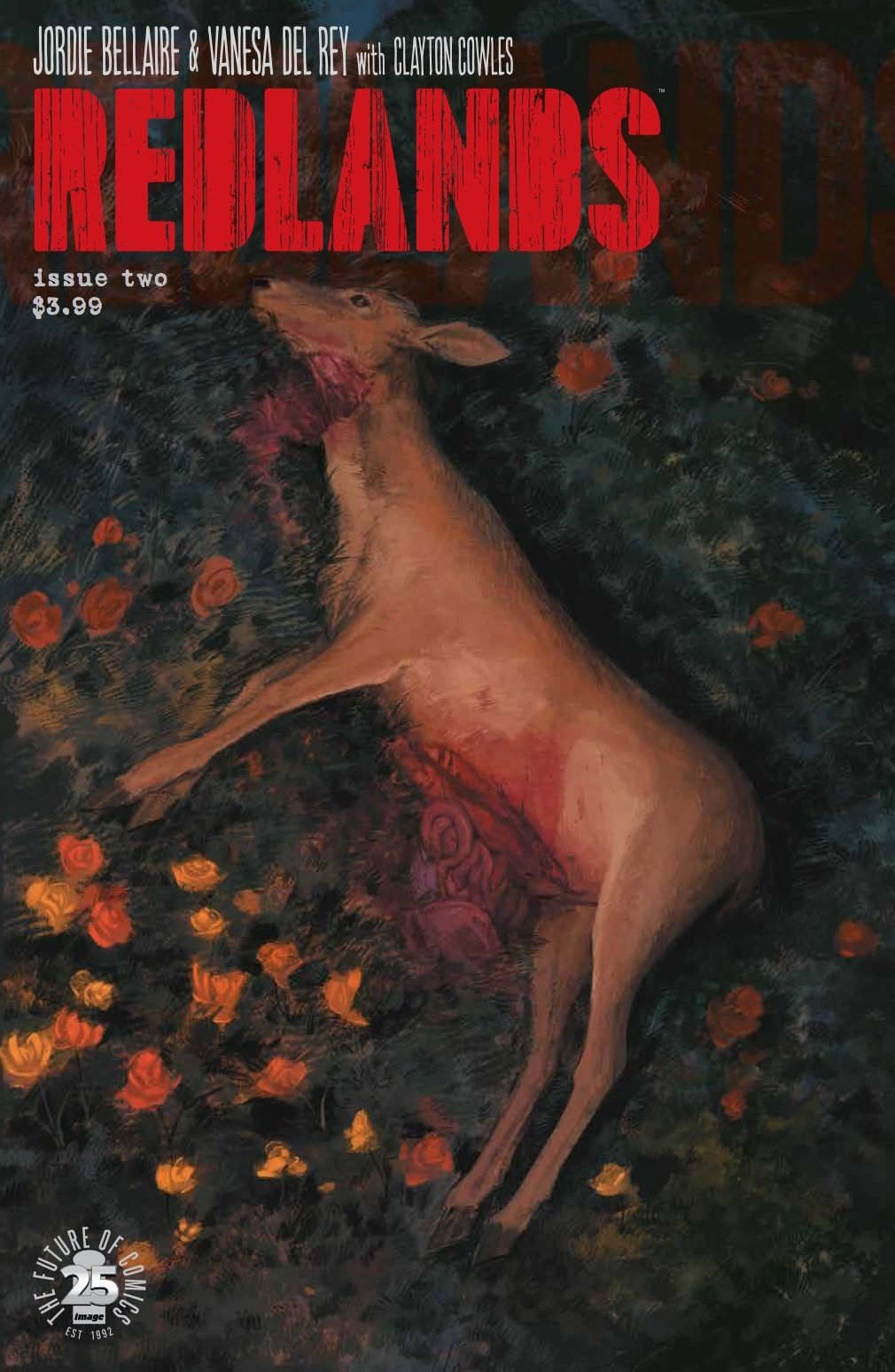 I fuck with this comic so hard. Redlands #2 solidifies what was a unique and wildly intriguing premise, to begin with: these three witches, having been around for god knows how long as moral vigilantes, operating in a space altogether separate from hero or villain as their purpose unfolds to readers. This second issue is the beginning of an actual story after the premiere was a more distant opening that set the stage without many details; now we know our women, Ro, Alice, and Bridget, and that they live bifurcated lives in Redlands, Florida. Their secrets are known to few else – at least no one else readers are aware of – and, indeed, are unknown to readers are well. To avoid spoilers I can suggest little, so I submit only that the twist in this issue is a grand one.

We are introduced to a mysterious antagonist as the only person who seems to know our witches’ secrets, but his motivations are not yet clear. His actions move the plot forward as Ro, Alice, and Bridget must respond to them, but his position as a gatekeeper of knowledge makes him more interesting than his propensity to murder. By the end, after all, has protecting the innocent ever been the single goal? 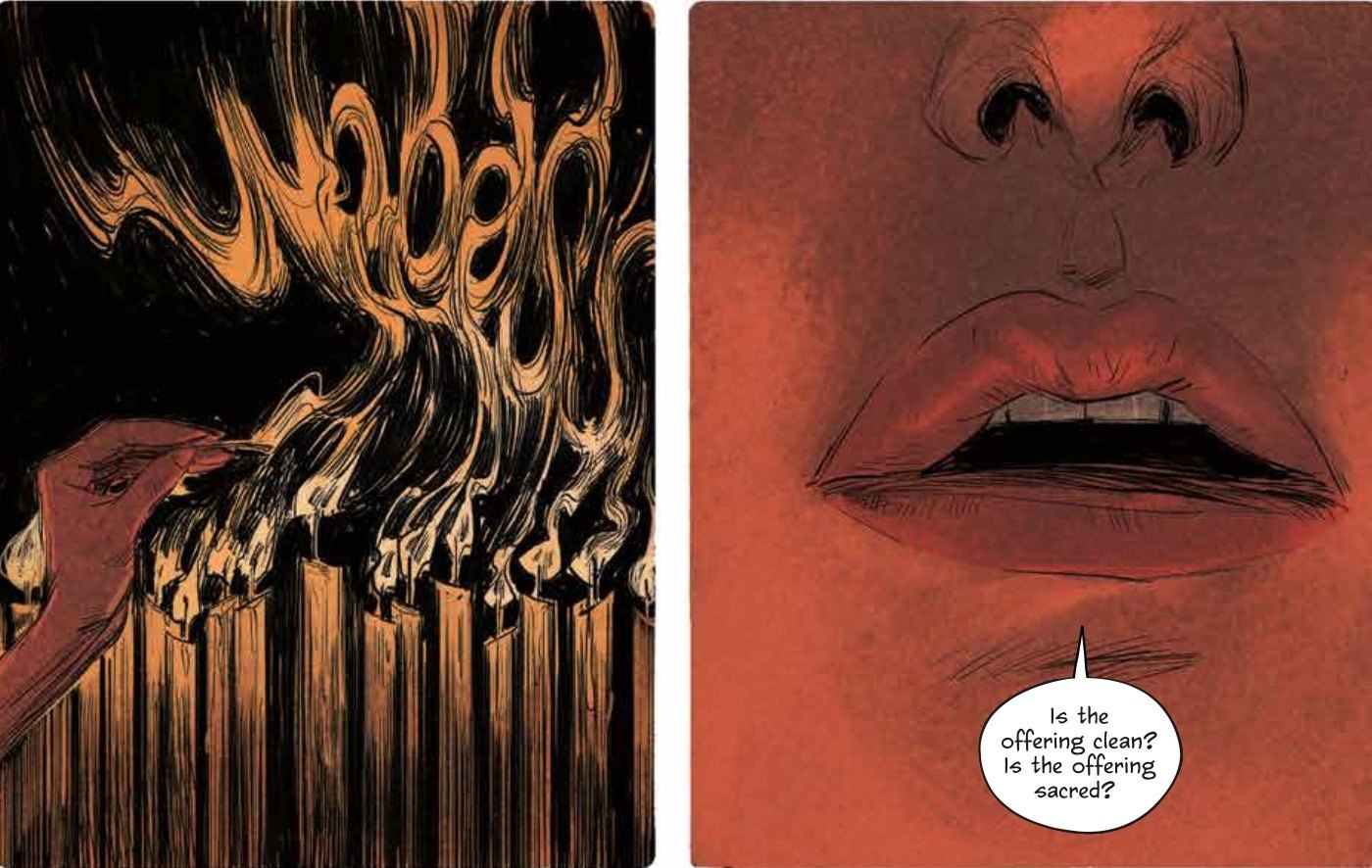 Artistically, the loose style lends itself well to horror, and mostly does so well as the pacing and dark shadows of the night create an air of ever-present danger, a sense that blood can seep through the panel at any moment. The style inherently must walk the line between appearing intentional instead of rushed, a challenge to which Redlands is successful so far. The pacing though – the reveals, the close-ups, the intimacy, the slow panning outward – make this artwork a damn accomplishment of beauty mixed with eeriness. Vanessa R. Del Rey is teaching a master class in horror.

Overall, Redlands #2 is the best follow-up you could ask for to a series that is luring us in with perfect rhythm and mystery. All in. No reservations. Read this comic.