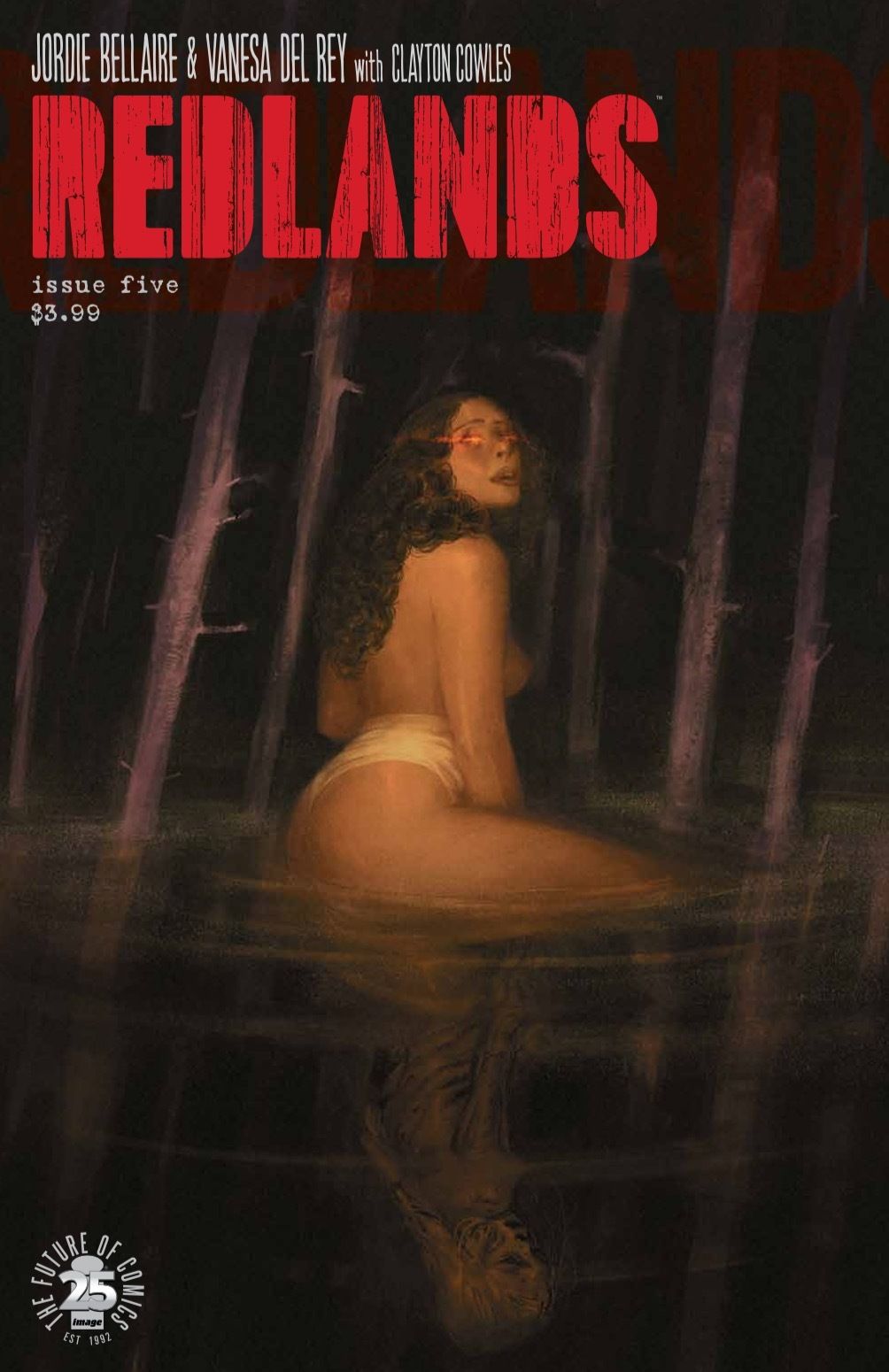 Redlands dives deeper into Bridget’s backstory, dating as far back as the 1600s when she was a somewhat different person than she is now. A lot of character evolution can happen in over 300 years, and it’s crazy interesting to see glimpses of her life through the decades, both the regular and the supernatural. One can hope it continues this way for a while, with Ro and Alice as well, painting a picture of their histories and bonds throughout their centuries together. As we focus on Bridget’s past though, we are juxtaposed against Ro and Alice’s present as they wait for a mysterious person whose introduction was disgustingly thrilling.

At 5 issues in we have enough of the landscape that we can move this plot forward, but readers are still lost when it comes to the present and the overarching challenge or goals for our trio of witches. Remarkable, then, is that I don’t even care; with so much depth to uncover between Bridget, Ro, Alice, and the world they live in between the spiritual and physical, Redlands has afforded itself a slow pace in setting up the chess pieces before the game begins. The cast continues to grow as we begin to recognize recurring characters – Laurent, for example, confirmed as a long-time presence in their lives – and the arrival of a new visitor, Itsy’s “grandfather,” might be the catalyst for whatever’s to come.

Whatever that “something” is, I’m locked in. Overall, Redlands #5 lives in the tradition of this young series’ greatness. The epilogues at the end of each issue are an awesome feature as well, this one containing some of the saddest, darkest insights we’ve seen thus far. The way those endings inform the series as mini-tales of their own? The way they add depth and richness to their world? Brilliant. All of it, brilliant.