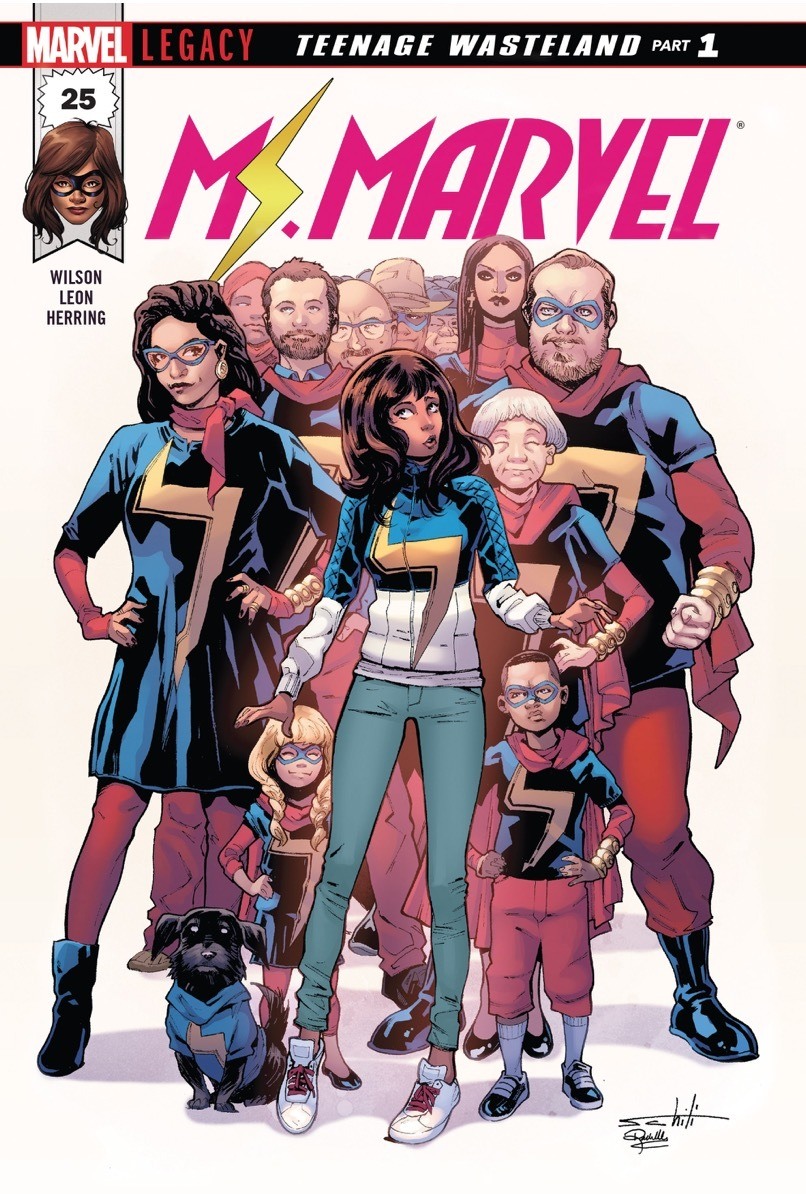 Where Art Thou, Ms Marvel?

We continue with Kamala Khan’s adventure with of course what happens during her disappearance. Welcome to an episode of “Where the F**k is Ms. Marvel?” It’s almost obvious to everyone that this isn’t the regular Ms Marvel. She seems a bit paler. It’s almost embarrassing. At first her replacement was running across the roof huffing and puffing. I understood that on a spiritual level, like is running ever necessary? And this is a rather sketchy place to be clenching onto pearls, young m’am. Anyway, everyone slowly noticed that this wasn’t our usual Ms. Marvel, including our Sandwich Lord Naftali here to bring the world’s greatest sandwich to our protagonist. From the news of her disappearance people’s worlds begin to collide. I mean, isn’t this the greatest crime? People trying to fill in your shoes and you can’t be here to accept the ultimate sandwich? 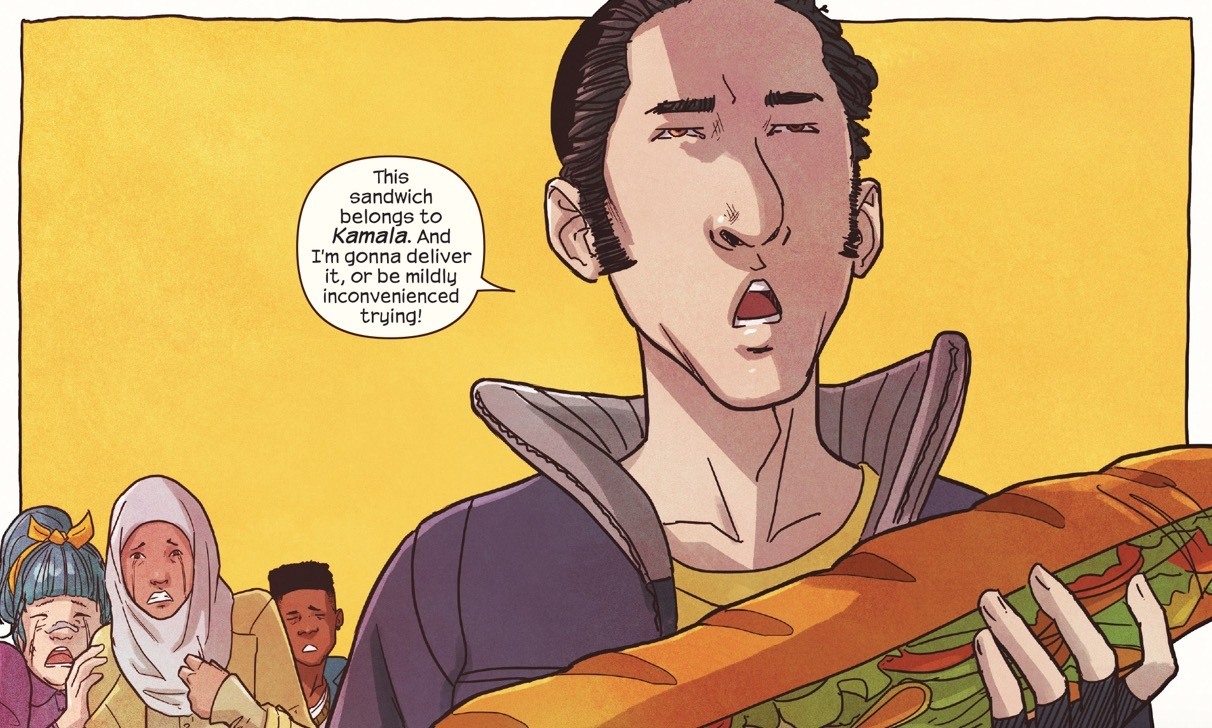 Just like before, Wilson’s quick wit is impeccable. The quick phrases from each character keeps the comic moving nice and smooth. It doesn’t feel the character’s mesh consciousnesses, rather each remark, whether it was sly or outright attacking it felt like it matched the character it came from. What I loved to see was the continuation of Red Rider’s attraction to Kamala. I would love to see this continue into the issues to come as I hop aboard the “Red Marvel” ship. From now, I would love to see how the disappearance of Ms. Marvel continues to make each character merge into her greatest attributes. I see her in each of these characters, so how would the writer be able to capitalize on Ms. Marvel while also watching her emerge from each of these characters?

Therefore, I have some questions: When will Kamala come out of her cave? At what point will the world blow up before she appears? Because if she doesn’t pop up soon, will someone eat that sandwich? You know that we can’t be wasting sandwiches like that.