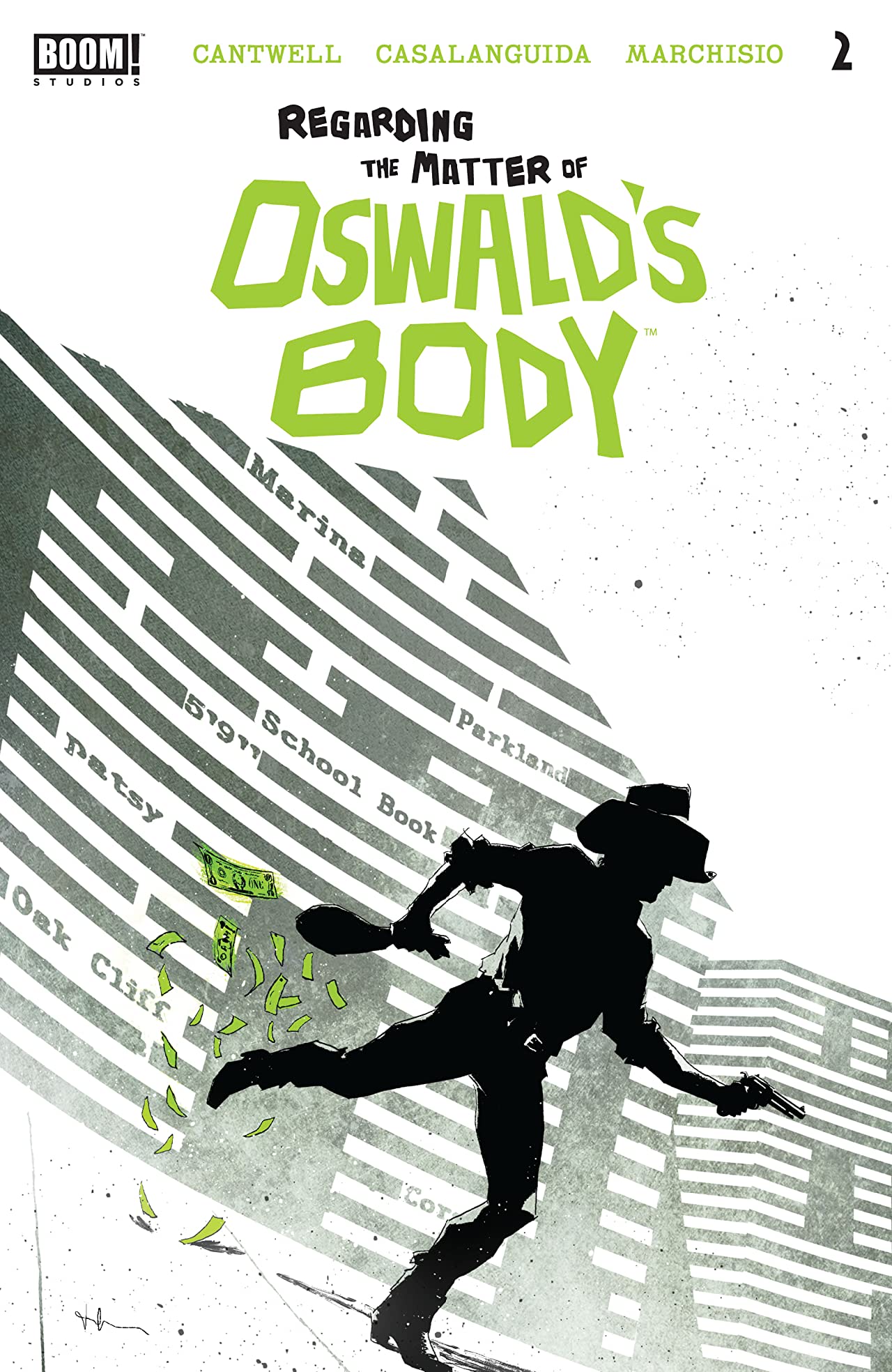 I always adore when practitioners of a media make a point to truly leverage the advantages of the format. In this particular case, I love have Cantwell and Casalanguida open and close Regarding the Matter of Oswald’s Body #2 with pages from a secret op notebook, handwritten notes in the margin, coffee stains in the corner. I love how they change the color of the background to indicate which year the action is currently set in (black for the 1981 present, and white for the 1963 past). I love the lettered onomatopoeia from AndWorld Designs, and I love how we get to linger on visceral moments. I really like where this comic is headed for its second issue if you can’t tell.

There is a fascinated tension knowing how all of the actions happening in the 1960’s eventually culminate in a mysterious medical examination in the 1980’s, and it makes the story all that more enthralling. With the crew assembled and the task at hand, the kidnapping plot is off to a great start. And by great start, I mean a violently messy start which is great for me as a reader. Cantwell does a great job of capturing the tone and cadence with the dialog, and Casalanguida really knows how to stage a fight scene that even in an exceedingly busy bar, you know exactly which players you need to be paying attention to and the bodily stakes at play. The opening bar brawl is fun, frenetic, and gets the adrenaline pumping.

However, this is ultimately a story about a grand conspiracy and a grand conspiracy the comic does deliver. While your heart is still pumping from the fight, Cantwell and Casalanguida collude to keep the rate up as they deal with their benefactor. The pacing is fantastic, and the overarching story beats are great. If there is a complaint to be had, it’s largely a matter of tracking. Between the four main characters and the rotating ensemble of supporting characters, there are a lot of names to keep track of and a lot of moving parts that have to be retained from the first issue to truly appreciate the story. While I don’t usually like keeping a conspiracy board for the comic, this one I might have to indulge in given the subject matter and that the fact that things are only going to get more complicated from here.