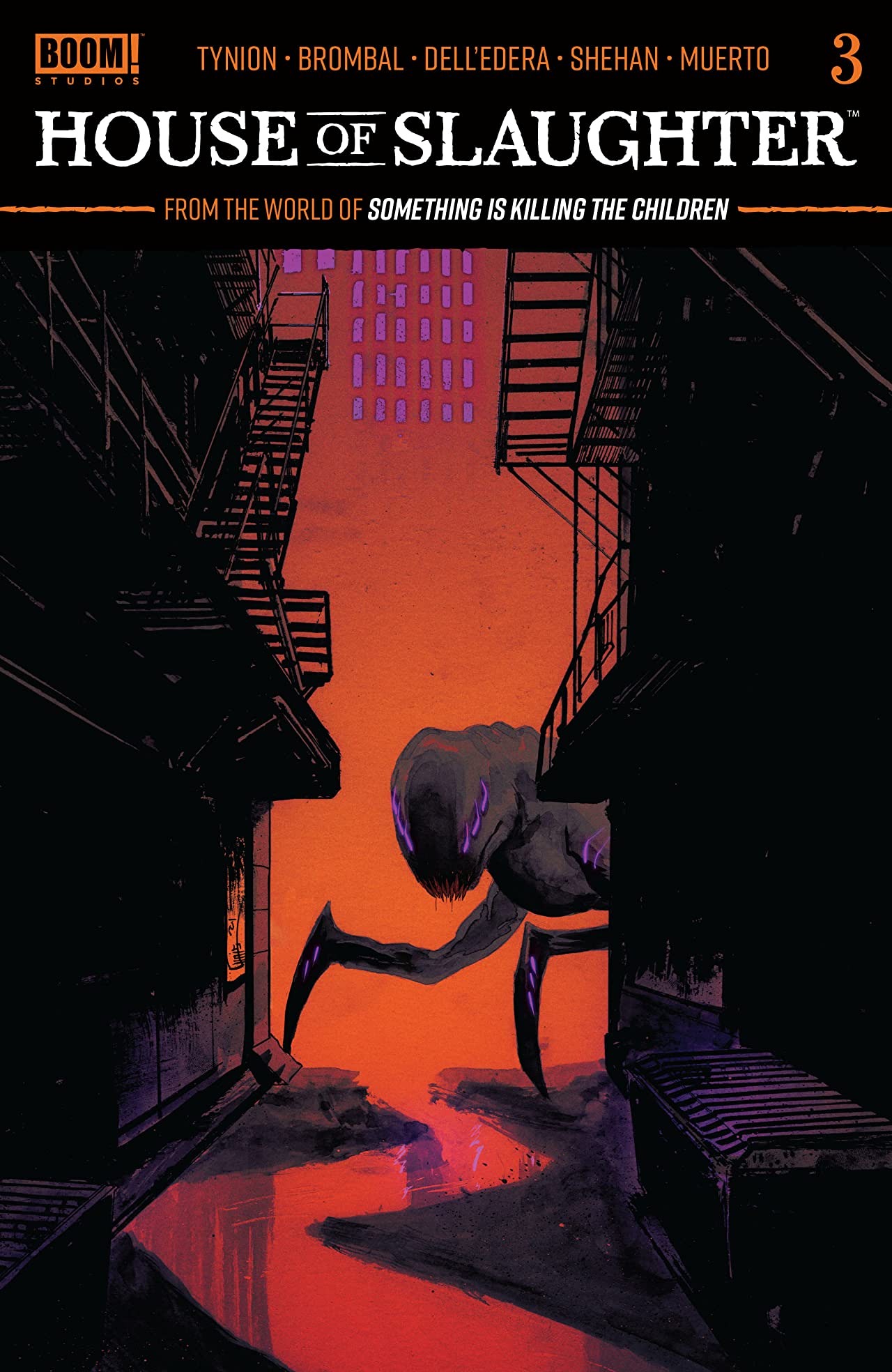 Given that the parent series is called Something is Killing the Children, you kind of have to expect that it’s prequel series will be similarly dark. While we have had some brief glimpses of horrifying things, nothing has been to the extent of the brutal full page spread near the start of the issue. Chris Shehan did Werther Dell’edera’s oscura-type design proud with this one and what a way to start off the issue.

As has become the pattern with the book, we spend a couple pages of House of Slaughter #3 in the present with Aaron, the monster hunter hunter, tracking Jace, the monstrouous hunter, who is tracking the oscura-type we see in the spread above. And then we spend some time fifteen years in the past and oscillate between the two timelines. It’s a tried and true formula that works particularly well because of the parallel construction that Brombal skillfully crafted out. The present-day hunt with Jace and Aaron reluctantly working together to slay the monster contrasted to the past where they were willful and blissfully working together is a stunning compare and contrast, further extenuated by Shehan’s depiction of the characters in the scenarios.

And I truly adore how Shehan manages to capture the visceral nature of the monster hunting and the tenderness of Jace and Aaron’s love. I love the backgrounds and Miquel Muerto’s colors. It’s visually stunning and makes even the inter-factional politicking in the titular House of Slaughter something to revel in.

House of Slaughter #3 is succeeding where all prequel series should and fleshes out the universe beautifully. It manages to be engaging on the merit of its own premise and character. And it shows us something new and unexpected that we could not get from the parent title. Brombal and Shehan are doing a fantastic job telling the tale of Aaron and Jace, and the next issue can’t get here fast enough.

Enjoying House of Slaughter? Check out BNP’s other reviews here.