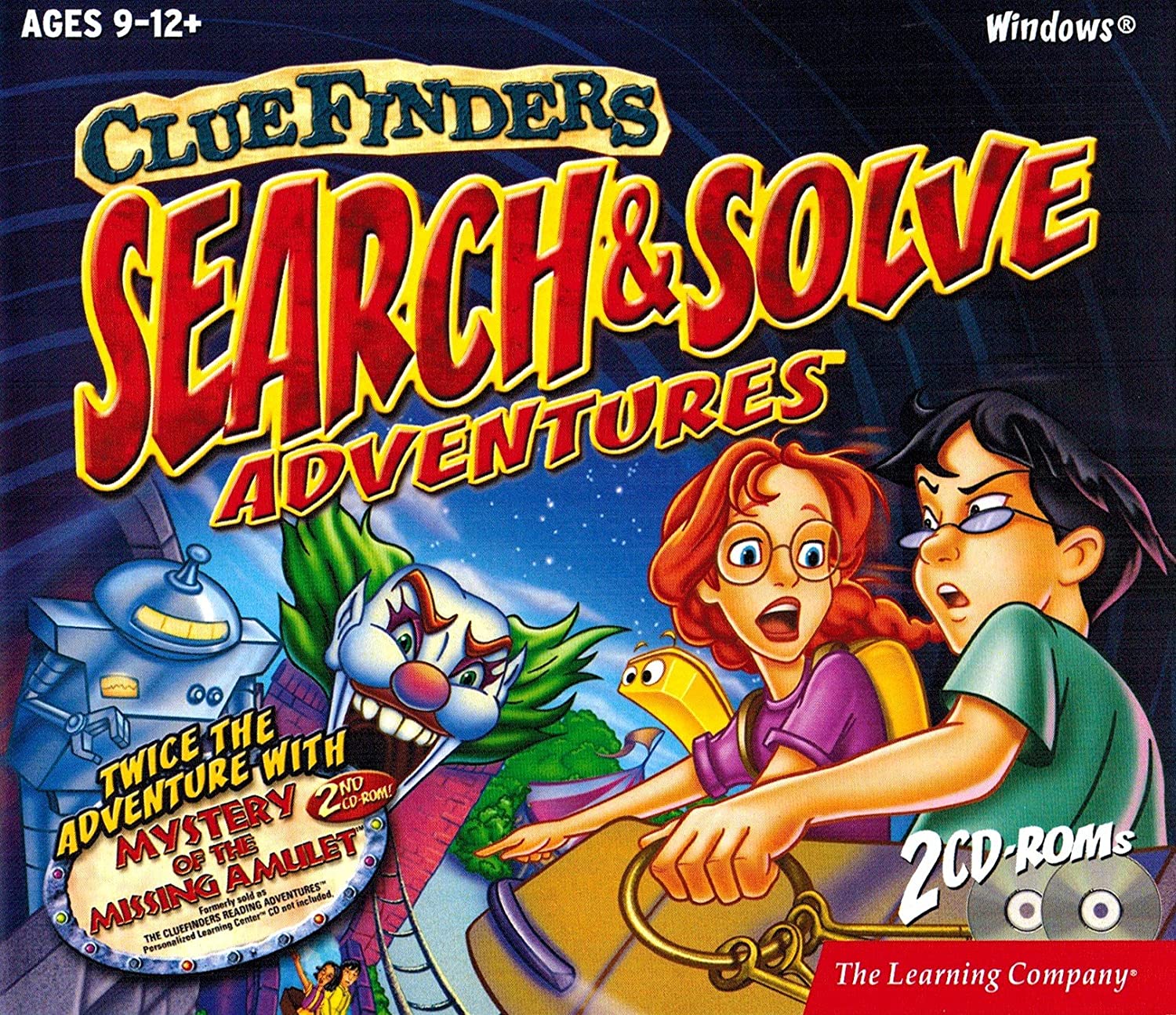 Like many ‘hardcore’ gamers, I’ve considered myself a gamer since birth. My first ever game was Mortal Kombat on the original Game Boy. I was a toddler when I snuck into my brother’s room as he slept to pick up this contraption he was always fascinated with. I didn’t understand much contextually, but after some time I learned to hone my reflexes and timing. My family didn’t have the money to buy new games as soon as they dropped, but my parents did understand my fascination with them. Like many parents say to young children whose faces are stuck in a computer screen all day, “Whatever you playing better have some educational substance.”

Putt-Putt, Cluefinders and the Gang

Some of my favorite memories as a kid are the ones where I’d run up to my dad after coming home from work. I’d ask him what game he brought home and to some miraculous surprise he’d pull out a Cluefinders game. Putt-Putt, or some game with wacky colors where I’d drill math into my head for hours. It’s important to note that I am nowhere near fond of doing math. So, for a computer game to teach me how to do long division in twenty minutes when I went years guessing how to do it (and failing miserably) without correction? Absolute game-changer.

I learned amazing and fun facts about science, electricity, creative studies… Everything. Simply from playing along and listening to interactive lessons. One of my favorite educational series, The Cluefinders, centered around some adolescents that would go on these huge adventures into different worlds. You could run into monsters, bugs, talking plants; and they would sneak such important lessons in that didn’t hit me until I was older.

Just the other day I was reflecting on the “Goo Song” (influenced heavily by The Beatles) in The Cluefinders for 3rd Graders. It was all about this monster that would fly above the forest and messing with the source of life, goo. As a kid, I made the connection to life and water. In the time I played the game growing up, I slowly realized its deep references to pollution. Polluted water is serious. It affects the livelihood of the creatures that dwell there. The prey went scarce, plants started dying, the whole forest ecosystem was in shambles. I kid you not, it was literally because of a white man searching for a profit by creating a mechanical monster. There were metaphorical representations of real-life problems even as I completed puzzles on syntax, logic, and tense.

I am of the belief that if a child is struggling to stay focused or to understand coursework, a great solution is to invest in educational video games. Now, these games are on all the different platforms from tablets to cellphones. The internet is now even more accessible than it was in the 90s and 2000s, so the well of information for learning is virtually unlimited. Granted, that creates room for younger students to fall into the ‘wrong’ kinds of information, but the intellectual payout feels boundless. I legitimately learned how to fix a friend’s science fair project because a computer game (that featured a monster rock band!) taught me about circuits, music, and the flow of electricity. The most effective games were the ones that allowed me to tap into my creativity and learn conventional facts in unconventional ways.

Our brains are particularly impressionable when we’re young. Kids are exploring this increasingly digital world and the way we approach new subjects can change their lives (and their livelihood) in major ways. I also believe that we should invest more into video games on modern consoles. As a kid, I always begged for the latest game systems. But, if there was anything that made my parents question if they should get it for me (outside of the price point that insults folks’ bank accounts) is that there weren’t many mainstream educational games out there. What would the gaming landscape look like if Sony, Microsoft, and Nintendo produced a well-developed RPG that tracked your status in mathematics, logic, language arts, and the like?

I’m sure games like this exist on these consoles from enterprising and intrepid indie creators, and we should support them in those ventures. But this could also be a great investment for triple-A gaming companies too. There are parents who might not venture deep into the gaming waters. Clearly, they might be more inclined if there were games designed to help them keep track of their child’s academic progress and analyze where they might need special attention. In the series Reader Rabbit, there were moments of analysis where they could challenge a child with more difficult questions. Gaming assisted my developmental learning outside of school. With kids having an even stronger relationship to technology than ever before, how can we leverage more educational gaming content from companies with the same vigor they apply to popular titles? There’s an opportunity to enrich young minds and inspire the next generation of game consumers and developers.