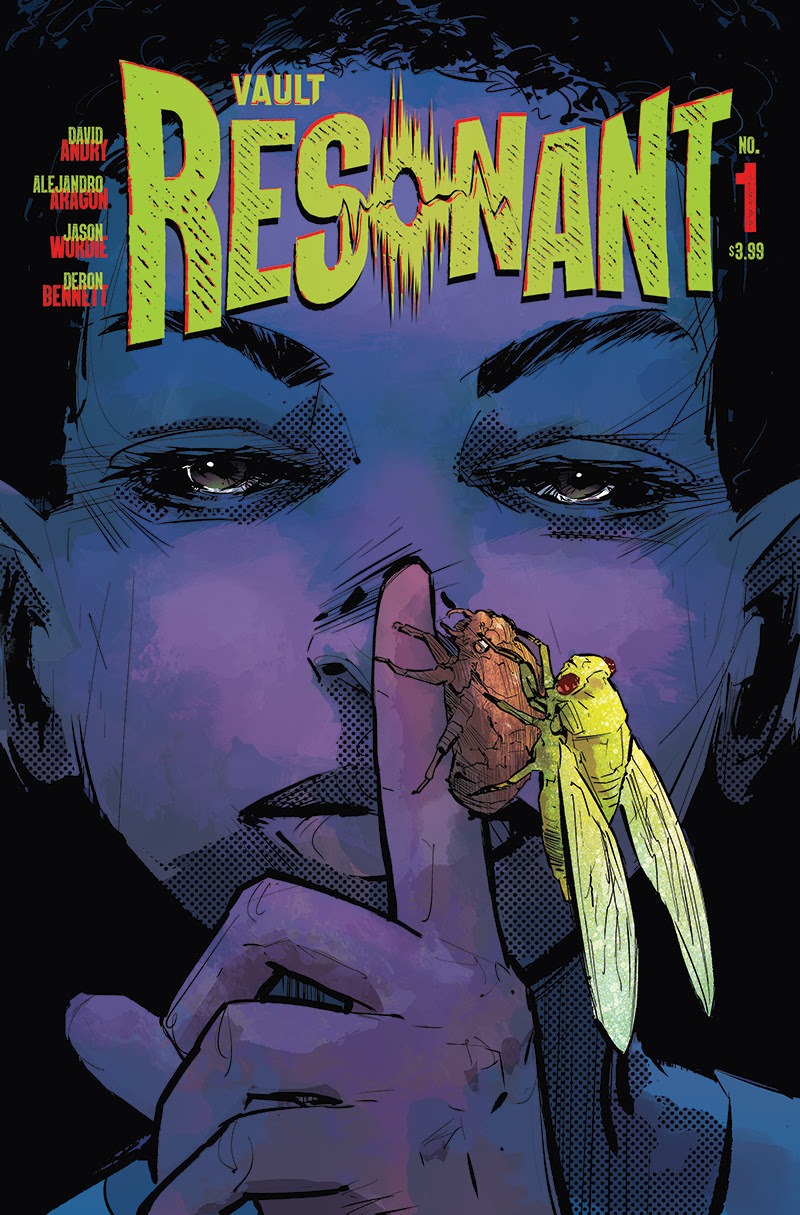 I will always have room in my heart, and on my reading list, for apocalyptic stories. There is this fascination with the human experience in settings where the world has gone to proverbial and literal feces. This first issue of Resonant opens on Paxton in just such a situation. He’s father to three kids — Bec, Stef and Ty — and they’ve made their home out somewhere in the woods. It’s been some ten years since the “big crisis” that has reshaped the world.

Resonant centers on a phenomenon called “The Waves” which bring out the worse of humanity’s impulses. That could explain why Paxton and his family are out here in the sticks, safely away from large crowds of people. It is hinted that these Waves have different impacts on different people, causing some to turn to self harm. So a heads up, that may be a trigger warning for later issues. 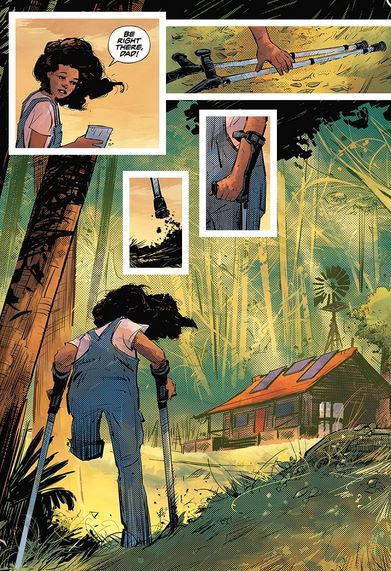 Writer Andry has his work cut out for him as he’s telling an apocalyptic story with a family, and children, involved. Within this issue he sets up the family dynamic of Paxton, a man, a protector, a father who is on a mission in a unforgiving world, ever hopeful. The youngest of his children, Ty, is coming to the end of his supply of medicine that he needs to survive. Paxton must venture out and leave his beloved children alone. They will have to fend for themselves and protect themselves while he’s gone.

I’m most interested in Bec, the oldest of the crew. She’s not only featured on the cover, she’s the first person in the opening pages and one of the last persons we see on the last page. Paxton has left her in charge. She’s a bit of a pessimist to her father’s optimism: she doesn’t think he’ll find what he’s looking for out there and wishes he’d be more real with the younger, more frail member of their family. She’s easy to spot and follow along the pages with her brown skin, mass of curly hair, and forearm crutches. It’s not often we get a disabled little Black girl in a comic so she’s piqued my interest. I’m especially loving the opening pages of young Bec outdoors planting a seed of some kind, promising to return. There’s a few more sequences that take your breath away, detailing the most mundane things. 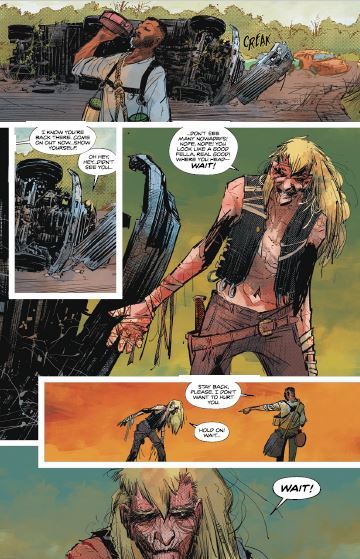 Artist Aragon sketches out this new world left in a bad way with ease: Paxton and his family eek out their lives in a secluded place. The scenery is beautiful. The artwork turns frantic when “The Waves” hit. It’s a glorious mess of art that fills the pages with a red tinge. It is terrifying. Shout out to colorist Wordie for complimenting the art along with letterer Bennett. Their skills make the moments when the Waves hit more impactful with their skills. The moments get more intense and it is more visually jarring and horrifying as it plays out — this is art that is benefiting of the narrative.

Issue #1 of Resonant gives us a taste of a family separated in a world cruel and disparate and it has crawled under my skin with an uneasy, creepy feeling that there’s more horror to come. Pick this one up if you like apocalyptic stories and comics that speak to something dark and creepy in all the worst ways, even in the light.

8.9 Tension Filled Moments Upon Meeting Another Person On A Highway When The World’s Gone to Shit Out of 10