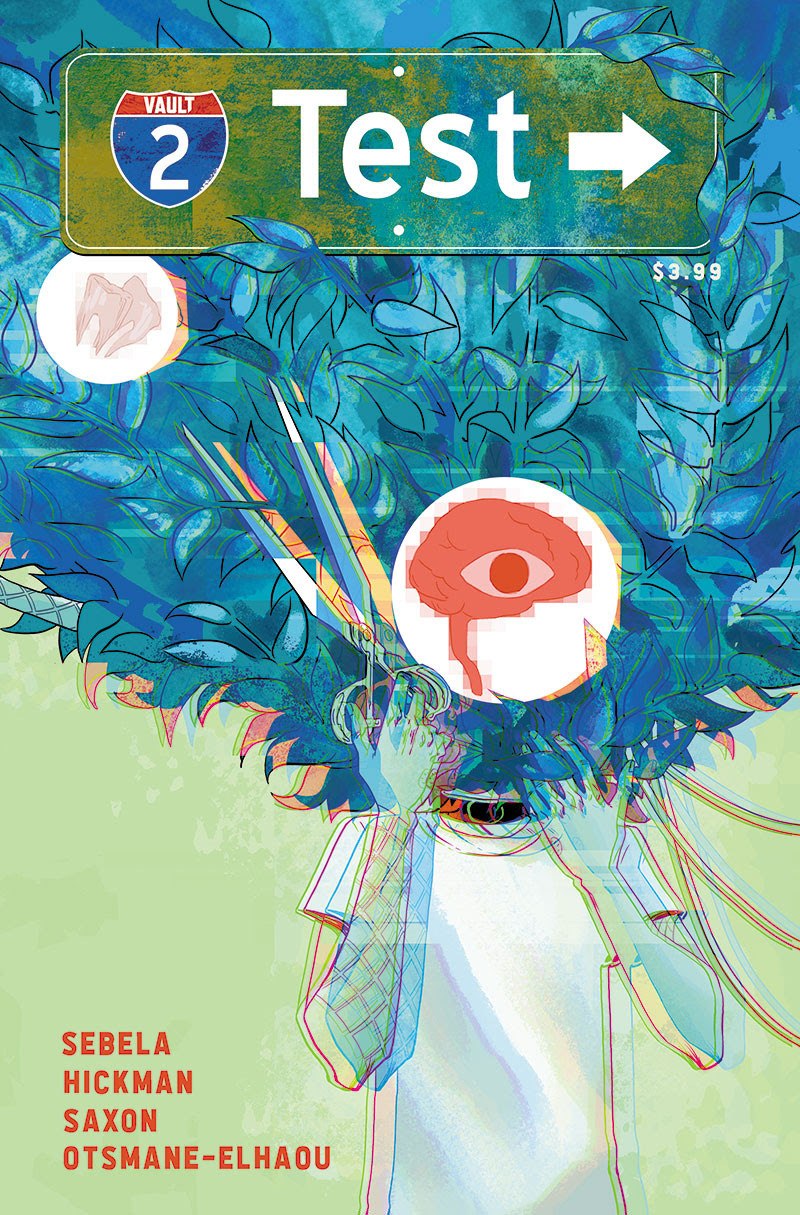 ”This is the problem with being the blade and the tree at the same time.”

At its core, Sebela and Hickman’s Test works because it embodies the best of science fiction. The premise is very much grounded in a real capitalist framework taken to its logical conclusion: If human testing provides necessary research evidence, then those humans have an intrinsic value. Yet, on top of that Test features one of the most evocative narrators in the form of Aleph Null in their journey for sanctuary. Sebela’s enthralling narration and dialog coupled with Hickman’s entrancing small aesthetic with retrofuturist sensitivities combine to become a rich tapestry of worldbuilding and character work. This was evident in Test #1 and even more evident in the sophomore outing.

Test #2 thrusts the reader in a tense situation with Aelph at sword point, but despite the imminent threat of harm, Aelph remains stunningly calm. Their metaphor ridden narration coupled with their decisive actions makes an incredibly compelling sequence of panels as the tension slowly transmutes itself into a temporary respite. 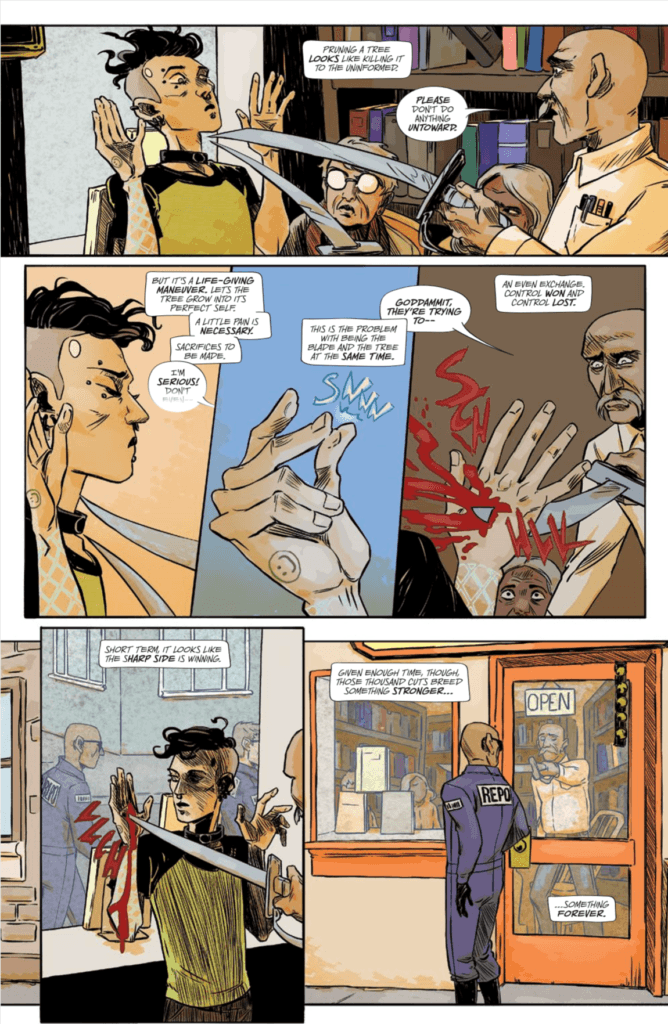 Aelph, like many of us, is looking for something they are not quite sure even exists. They are resilient, self-reliant, and hesitant to trust an unforgiving world and the authority that rule it. That’s the crux of Test and the second issue continues to deftly explore these feelings in an eerily recognizable sci-fi landscape. It’s a scary glimpse into twenty minutes into the future and worlds because of Sebela’s imagination and Hickman’s ability to sell the visual oddities of such a weird reality.

Two issues in, I’m already a dedicated fan because of how Test handles its characters and setting. Aleph’s journey is riddled with these fantastic tribulations that resonate to the core, and Sebela and Hickman do them justice in such a captivating way. The story is just beginning, but I’m ready for the long haul.