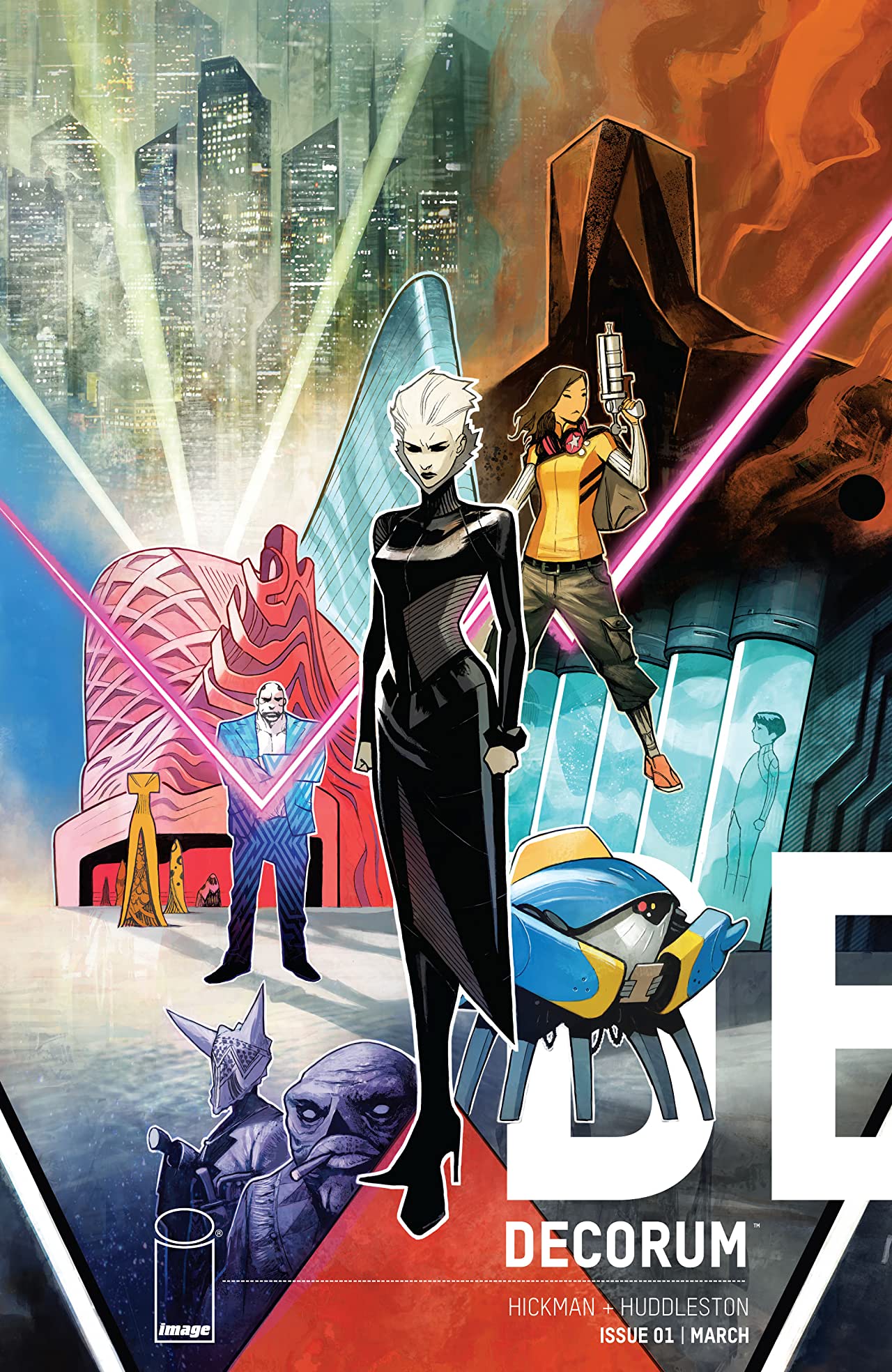 There’s nothing quite like opening a comic and your first thought immediately upon reaching the first full spread is to audibly wonder/say to yourself, “what the hell was the artist given to work with from the script?” But Jonathan Hickman is one of those comic authors that seems to relish challenging his artists and letterers and amaze the reader with the end result, and Decorum is no exception.

A lot of Decorum #1 lacks dialog, and we are just greeted with Huddleston’s beautiful artwork depicting what appears to be some sort of alien riff on colonization. What little dialog we get in the opening pages isn’t even in any known human language. I couldn’t even begin to start trying to figure out how to even convert the strange lingual symbols into speech, which only furthers the mystery and allure of the story. Huddleston does such effective world building and I am constantly left wondering what Hickman put into the scripts, because everything is so particular, so iconic and when decipherable dialog does come into play, it flows so naturally that I retroactively understand more about the preceding pages and all of the events that came before and start getting an idea of the sheer scope of everything to come. Decorum #1 invests about half of its page count to setting the tone for the series, but the distinctive look and feel of the world definitely makes it worth while. 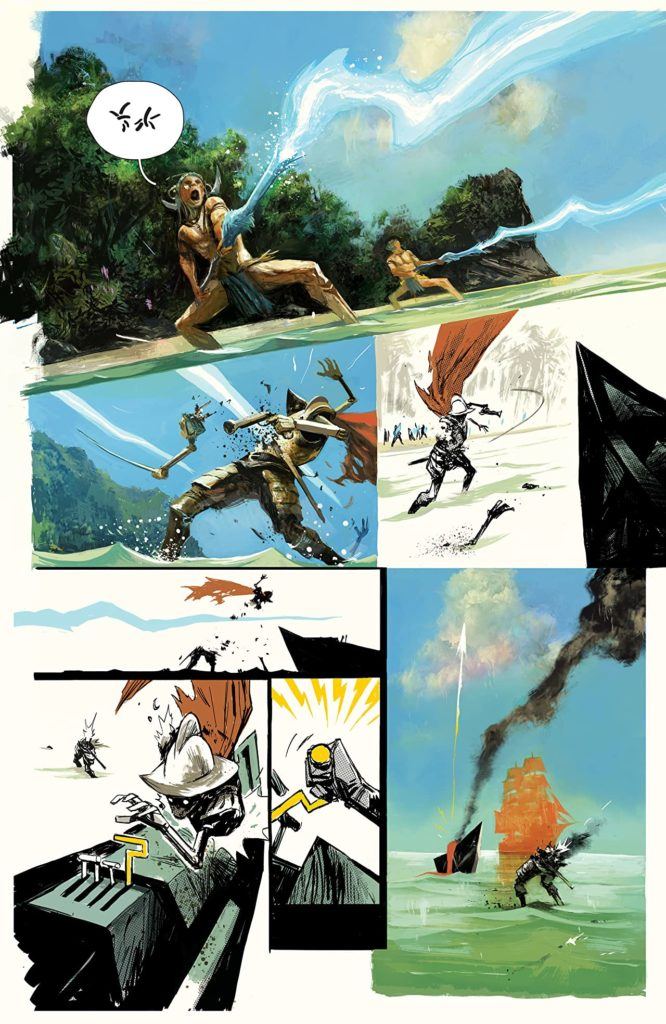 As the visual language shifts and we finally meet the character featured prominently on the cover, the story retains some of its mystery but pivots more towards a sci-fi noir. Huddleston goes from the vibrant colors of an enigmatic island and mysterious ends to muted black and whites with red accents of some seedy city. As we get implicated into the criminal and gain more perspective, we slowly see why where the series gets its titled. Where some have no manners, others have a strong sense of proper order and what we have here is one of the most interesting Lawful Evil protagonists we’ve had in a minute. I’d liken almost to a fantasy riff of John Wick, but even with the shadowy organizations, it’s quite an accurate comparison. However, what is accurate is that Huddleston cultivates some truly magnificent panels and that Hickman’s signature snark and careful control of dialog and narrative is in full force.

Decorum #1 does exactly what a number one is supposed to do: intrigue the reader, capture the imagination, and make you want to know more even if the premise doesn’t quite match up with your usual expectations. But Hickman and Huddleston masterfully construct a world with enough familiar elements to make you comfortable and enough new embellishments that form a vice grip around your brain, making you wonder: where exactly is this gonna go next?