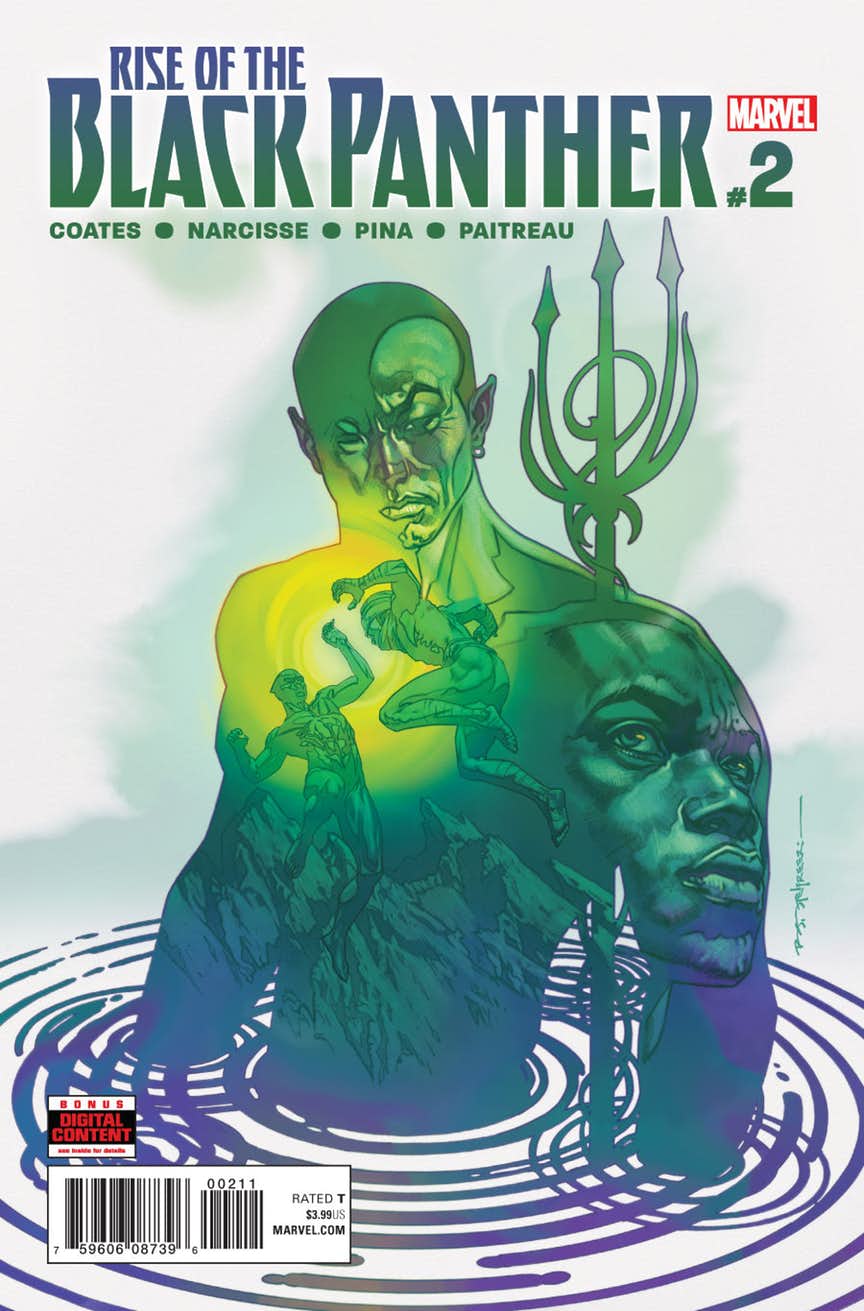 Rise of the Black Panther continues its look into the Black Panther Legacy, this time chronicling T’Challa’s early years holding the mantle. It’s amazing how quickly this book is shaping into must-read material for anyone who needs an introduction to the character. And that just goes to show how well Evan Narcisse understands the nature of Wakanda and its politics. Wakanda is a nation isolated from the rest of the world, which in turn has kept it unconquered for decades. However, how long before that isolationist mentality becomes their undoing? This is the question that weighs heavy on T’Challa’s heart as he begins his rule. 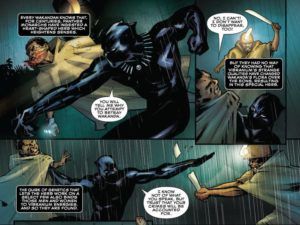 Give Us The Back Story!

One of the things that I like about this series is that it’s not just a retelling. It’s more like a documentary of Wakanda’s most pivotal moments, analyzing the country’s struggle to remain protected yet find its place in the world. It gives you an understanding of the country’s big dilemma. It’s a catch-22. On one hand, you can’t really blame Wakanda for being so standoffish when plenty of surrounding African countries have been stripped of their resources and hurt by invaders. Yet, on the other hand, it almost feels selfish for an advanced society such as Wakanda to separate itself when the rest of the world is suffering.

One of the first issues that T’Challa confronts is a case of missing Wakandans. This puts him right in the path of Marvel’s favorite underwater king, Namor. Their interaction is actually my favorite part of this issue, mostly because it’s quite a drastic contrast to their present-day relationship. Narcisse also makes the most of having both characters together, creating a parallel between the kings that I had to slap myself for not noticing earlier. It also puts into perspective how well T’Challa and Namor work when pitted against each other. If Marvel’s movie rights weren’t so screwed up, I’d be championing for Namor as the next villain in a Black Panther sequel. 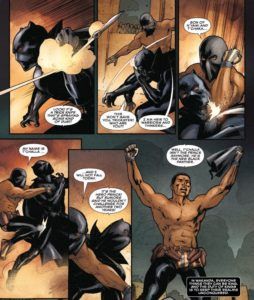 This time around, the artwork is done by Javier Pina, who does wonders to shape T’Challa’s capabilities as a fighter and the Black Panther. You get a real sense of how strong and cunning he is with and without the suit. Narcisse also doesn’t shy away from showing all of the creative abilities of the Black Panther, which comes across clearly in the artwork.

I’m ready for more. I can’t wait to see what the next chapter holds as Wakanda opens up to the rest of the Marvel Universe. This book is an exciting read and if it continues at this pace, the whole collection will be a must buy for sure.

9 Imperius Rex Passwords out of 10