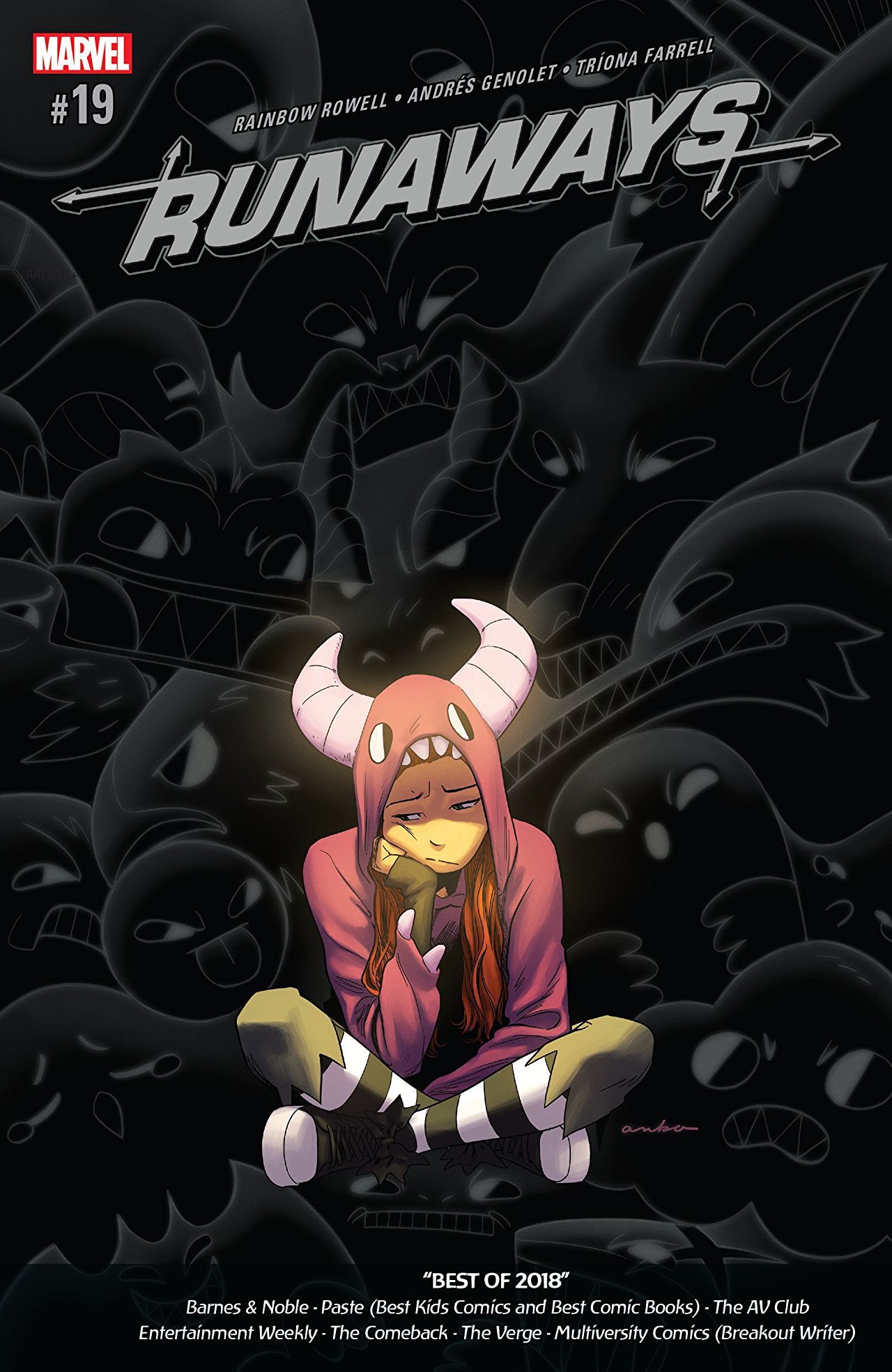 Rainbow Rowell creates such an enjoyable issue #19 that I started to not hate Alex’s scheming ass. Of course, we left off with the banishment of the hostile Gibborim Jr. duo and the excommunication of former Runaways leader, Alex Wilder. We pick up after the big twist in issue #18 by finding out who is joining Alex on his next journey, sans former fam. 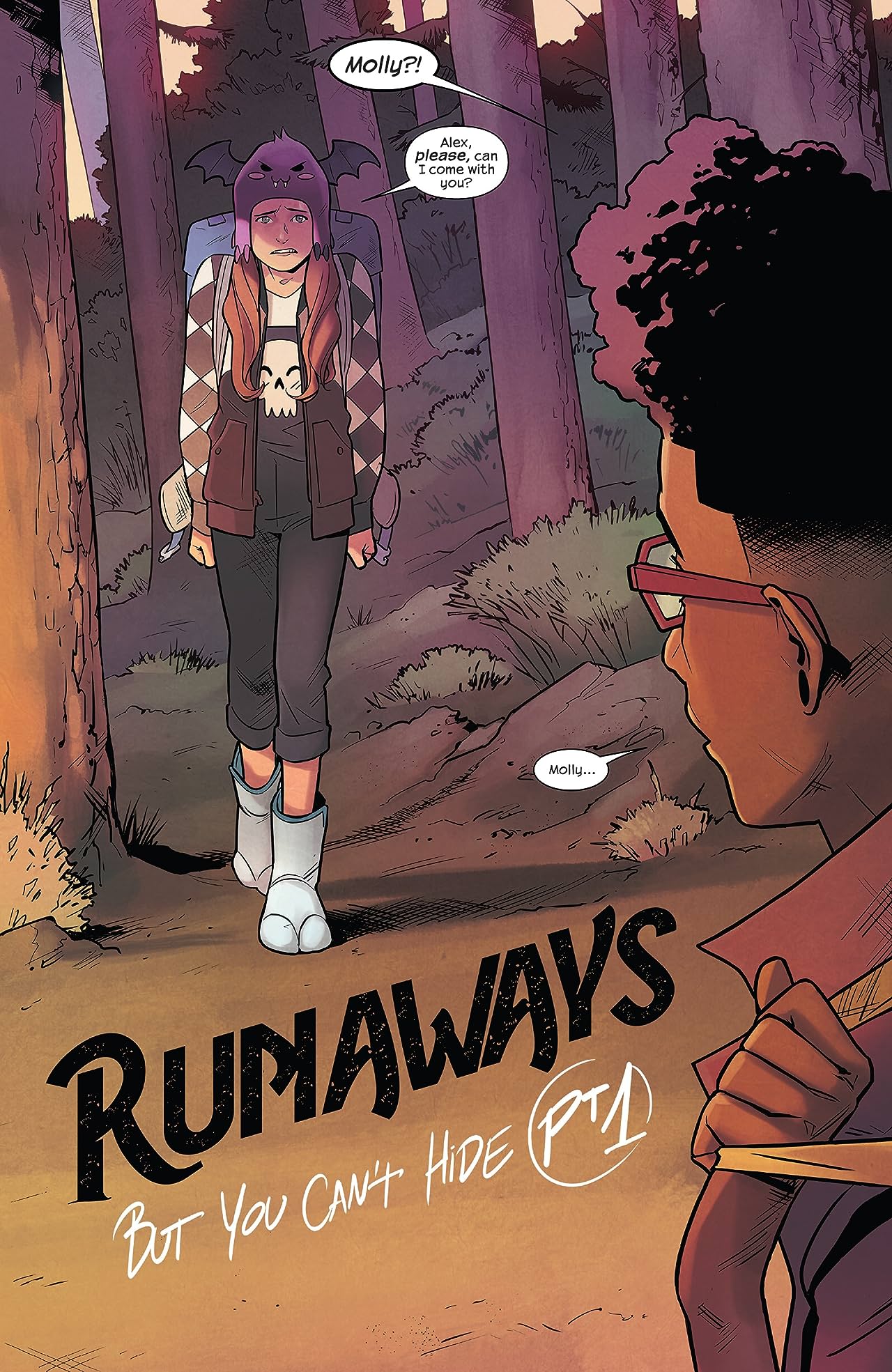 Turns out the most innocent member of the crew is the one who joins. Molly chases Alex down and after his initial refusal, lets her tag along as they make their way back “home”. The rest of the issue is as simple as it gets; loner is joined by the youngest member of the team, who constantly feels like a loner and outsider. If you don’t know yet, this is where Rainbow Rowell decimates the writing game. Her outstanding grasp of two characters and their relationship dynamic is impeccable and her ability to move the story along with words instead of action is barred none. Rowell understands Molly’s naivete and the loyalty she will forever hold in her heart for the first leader she ever followed. Molly knows she has to be strong around her fellow Runaways, but can be the antithesis of Princess Powerful when she’s with Alex. And honestly, who could deny a tween need to be real when you’re the one person she can be real around? 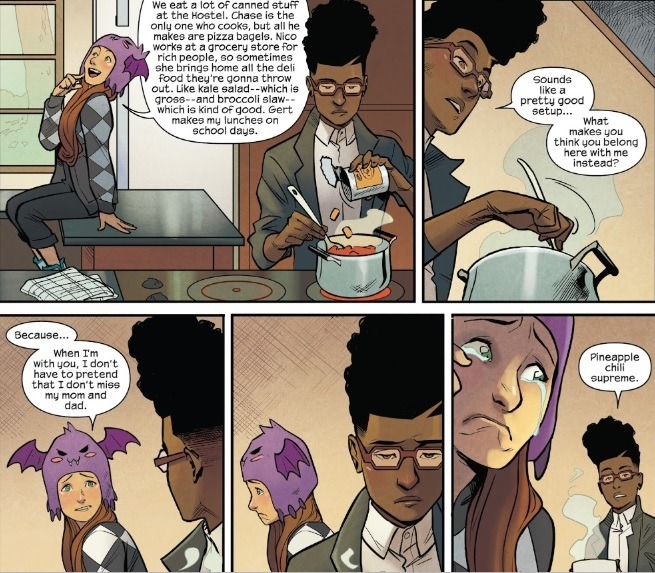 On the visual side of things, we have seen our last panel from the wonderfully creative mind of Kris Anka, but low and behold, we have ourselves an unbelievable heir apparent, because Andres Genolet has provided us with one of the most seamless takeovers I’ve ever seen. Every Runaway has kept that shimmering glow about them and the hairstyles are still in full slay mode. Triona Farrell is also doing a phenomenal job on the coloring, taking over for Matt Wilson. Obviously, Marvel knew what they were doing when they looked for Anka’s replacement because Genelot is crushing this gig like Thanos smacking around Hulk. 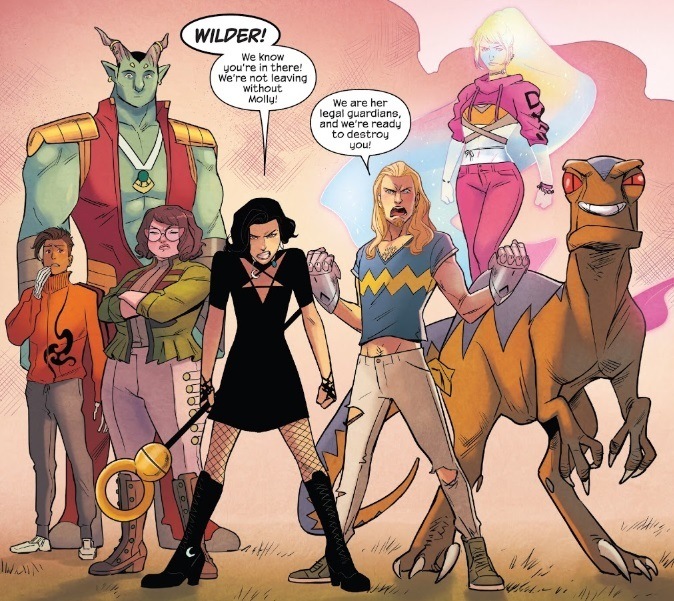 The cover of issue #19 features a small flex of awards that have been won by Rainbow Rowell (Breakout Writer) and this Runaways title. All praise is well deserved, as Rowell has taken a beloved comic from the 2000s and given it a proper update without sacrificing any of the substance that Brian K. Vaughan and Adrian Alphona injected into this cool ass group of kids who said ‘NA’ to their parents thought, but terribly evil ways. It was nice to see Rowell update fans on the state of Alex as a formerly dead boy, while not revealing too much about his new “powers”. Keep em coming Rainbow, and one day you’ll find yourself draped in Eisner awards.