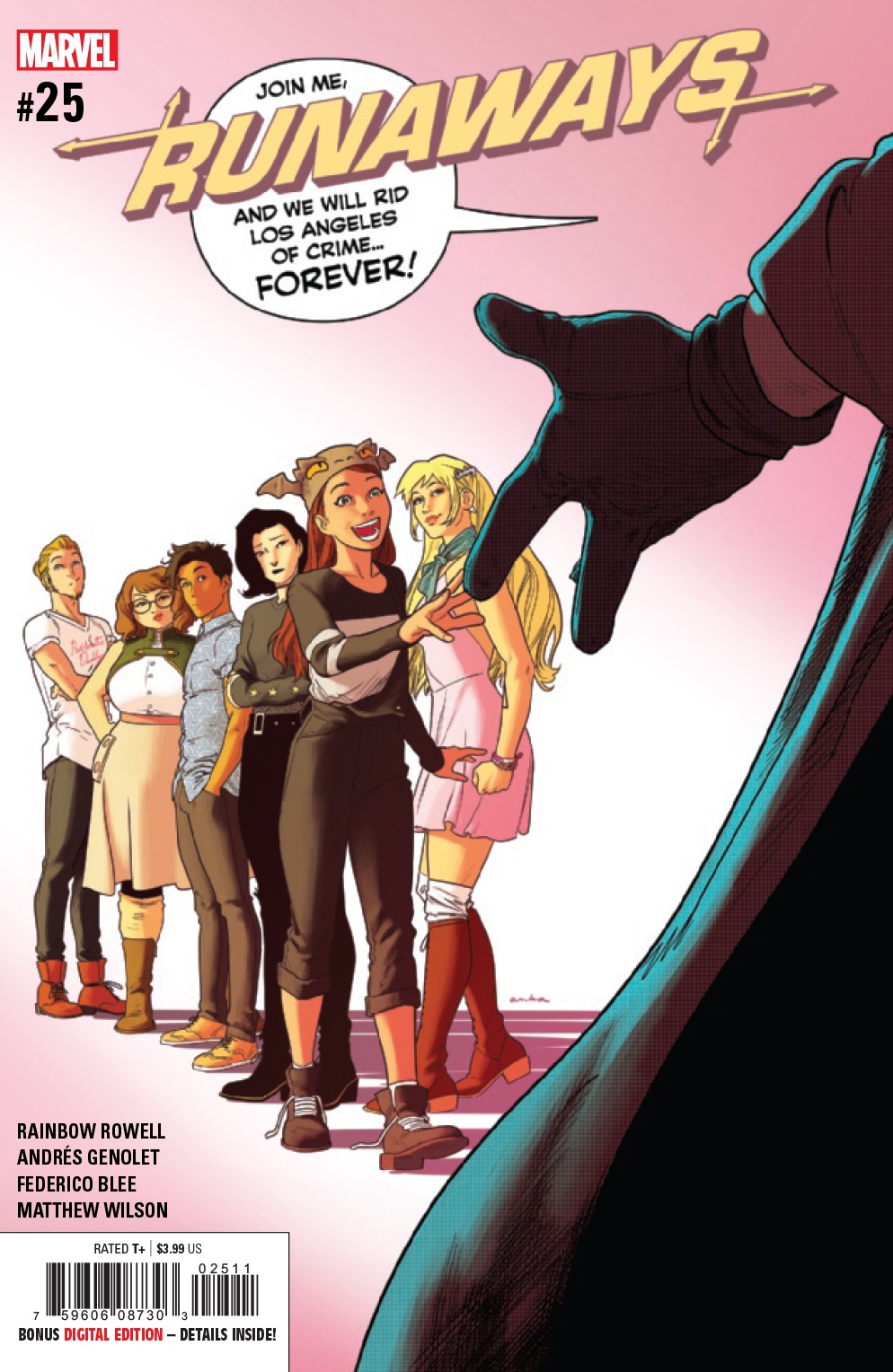 Rainbow Rowell really decided to flex her writing skills and interconnectivity to kick off this new arc titled, “Canon Fodder.” We find out who the guardian angel in tights and helmet is, while the team grapples with the revelation of a crime-fighting duo operating right under their noses! Rowell and Genolet also decide to give themselves some new material to work with as the Runaways are forced to assume their group name once again.

First off, let me sound like a parrot as I repeat what seems to be the most obvious fact when reading anything by this author. Rainbow Rowell is so damn good at getting character relationships and dynamics right. The phone call between Nico and Chase alone tells you everything you need to know about their sibling-esque shared leadership flow. The reactions to Nico and Karolina’s skin tight and full on shinobi costumes are a look into everyone’s genuine feelings. Molly is beyond hype that some of the big sister figures in her life are out there kicking ass and figuring themselves out. Gert’s takes one look at Karolina’s body suit and drops the most severe eye roll west of the Mississippi. Victor couldn’t see the superhero costumes if they slapped him in the face because of Chase’s Gert tattoo burning holes in his circuitry. It was quite comical. 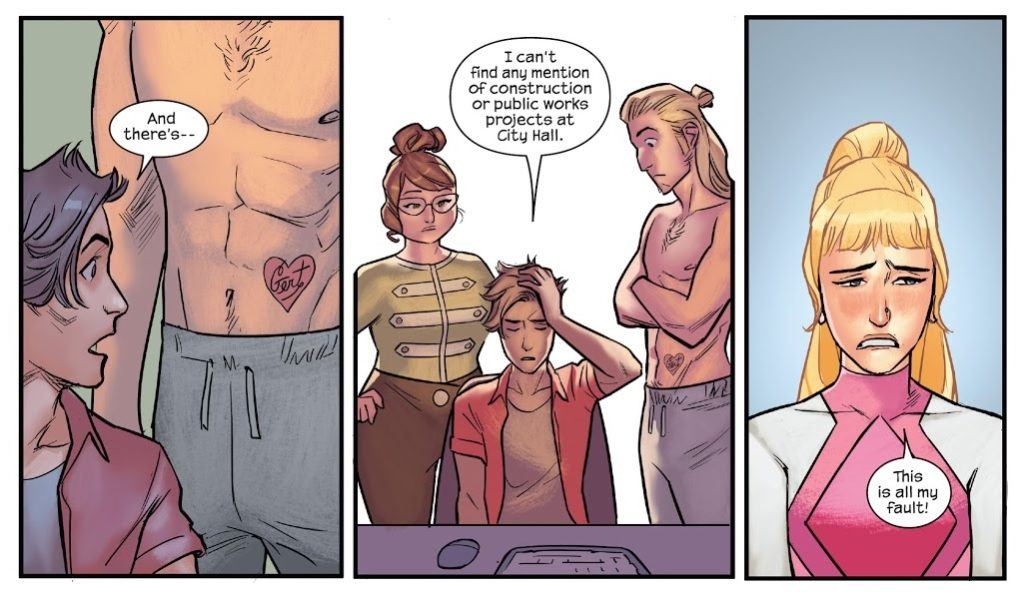 Gib Watch: Stuffed Kitty sacrifices ain’t gonna cut it, Runaways. I’m officially worried about what might happen if this baby God doesn’t get a human sacrifice…and like now. That boy is looking pale and ashy.

But the big issue #25 bomb drop is all about the mystery savior of LA. The only reason Karolina and Nico escaped those Jabbawockeez villains (they were deadass dancing in the alleyway battle) was because of the return of Doc Justice! I’m just as familiar with this guy as the girls were, so I was all ears during the explanation to the team. 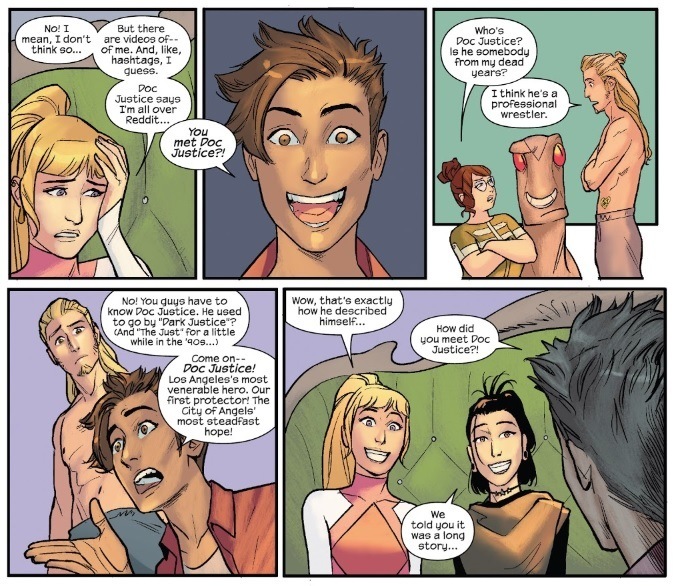 This is all part of Doc Justice’s return to Marvel comics in Doc Justice and the J Team coming out in November. Can’t lie, in a world of multiple Marvel superhero teams, this one looks pretty promising. Anyway, he becomes somewhat of a hero mentor to Karolina and I don’t blame Nico one bit for being skeptical — he was low key stalking them for the last couple of weeks..and knows their names…and knows all about Pride and their devious ways.

But back to the namesake. The crew jumps to wild conclusions and believes this interaction means their secrets are out, which drives them back into the world of being Runaways. I think was a smart move on Rowell’s part. Brian K. Vaughan’s original Runaways team encountered so many interesting characters, good and bad. They found themselves in wildly surprising, unpredictable situations and the experiences helped them grow as a family. 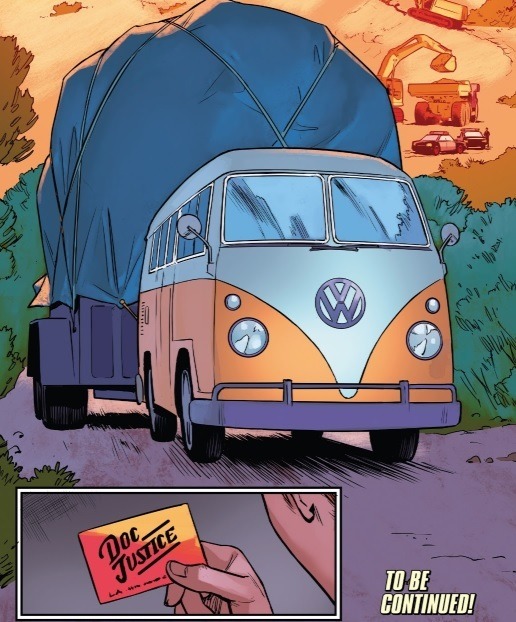 A move opens up a lot of possibilities, like running into some cool Marvel characters. Love Rowell’s use of Doombot but I could stand for a few more wild encounters. The crew could get into some high stakes battles, perhaps against an established villain? Can my guy Andres Genolet get the chance to draw some of these wild name drops that have been peppered into various issues? Runaways #25 is another good one but it works as more of a setup issue than a great standalone book. Regardless, it leaves you excited to read next issue.

8 Abandoned Hideouts out of 10