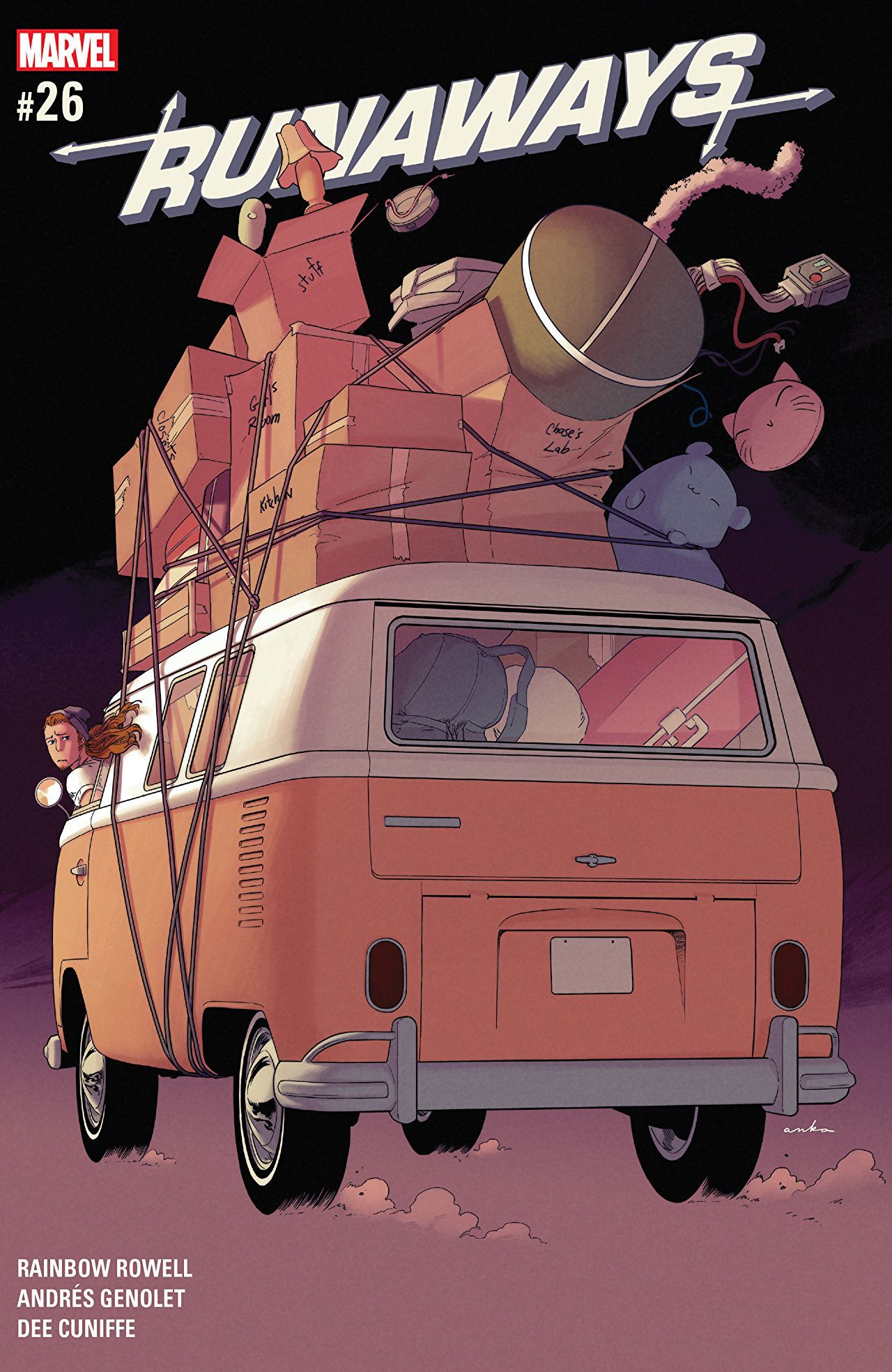 So the team is back on the road, but not for as long as expected! It appears Karolina and Nico did a good enough job of convincing the Runaways crew that Doc Justice is trustworthy enough to rely on for a night of regrouping. They settle in for the night and debate how involved they want to get into Doc’s ongoing mission. By the end, Rainbow Rowell helps us remember that they’re a family, and one that sticks together. They pull up to The Mansion of Justice and hop out like Will when he arrived to Bel-Air. Except, this crew is reppin a dinosaur, potentially evil black cat, mage and an android. And Doc welcomes them in like that auntie that is always on cloud nine when you visit her. He throwin government names out there like he done known these kids his whole life, and it’s because he’s pretty much known all them for as long as they’ve been alive. His assistant? Butler? Jeeves? shows them to their rooms and lets them drop their things off before dropping some Pride bombs on them.

Gib Watch: Finally we have some movement on the Gib front! Praise Old Lace and Molly’s cat for bringing some sacrifices to this pseudo God because homie was looking like he came down with the bubonic plague. I wonder where this revelation will go tho..

Doc Justice has a secret hideout where he keeps tabs on the evil doings of the Pride network that has only grown and gotten more generous with their villainous tech distribution. The children of the former leaders of this criminal organization stand there, mouths gaping. In their eyes, they murked out their parents’ evil asses and wiped Pride of the map, but the hard truth is you can’t destroy a bee hive by killing ten bees. Now that hive has grown and expanded throughout the world. Doc Justice is one of the few opposing these people sullying the streets of LA. 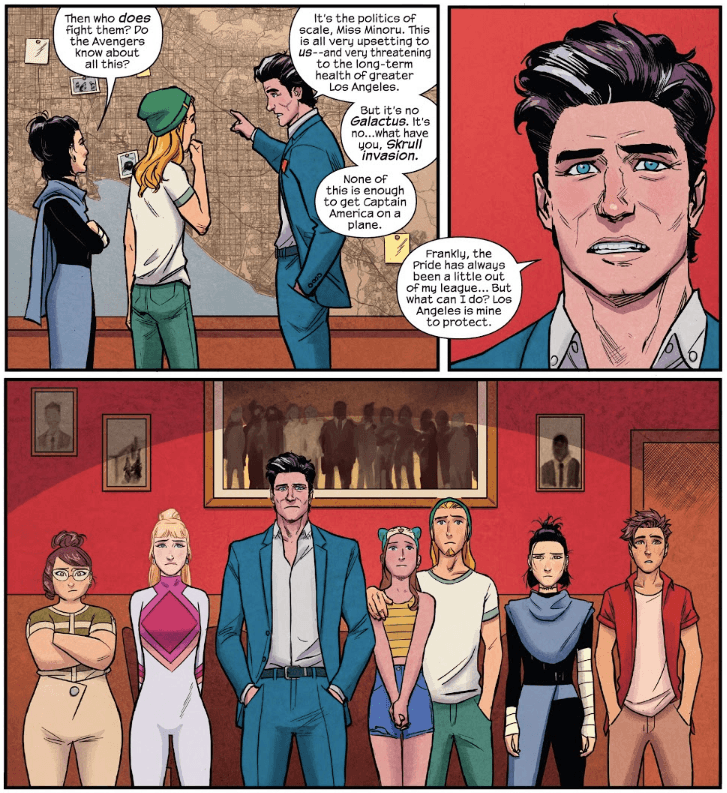 Sidebar: Victor, the Doc Justice superfan, is much more adorable than funny and embarrassing this time around. For those who are J-Team or J-Squad fans, this is a great issue to walk you down memory lane.

Doc was one of the few opposing them until superfan Victor came into the fold. His unflinching love and appreciation for Doc Justice is the catalyst needed for a brand new group to be formed in the shape of a Runaways x J-Team hybrid.

Andres Genolet continued to work wonders on the panels. He even manages to give Doc Justice in civilian form a suave look I’m sure people will go nuts for. Victor dons a new monicker for the time being, starts the rallying cry and we’re ready for some action in the next issue!

7 Teens Ready for JUSTICE out of 10