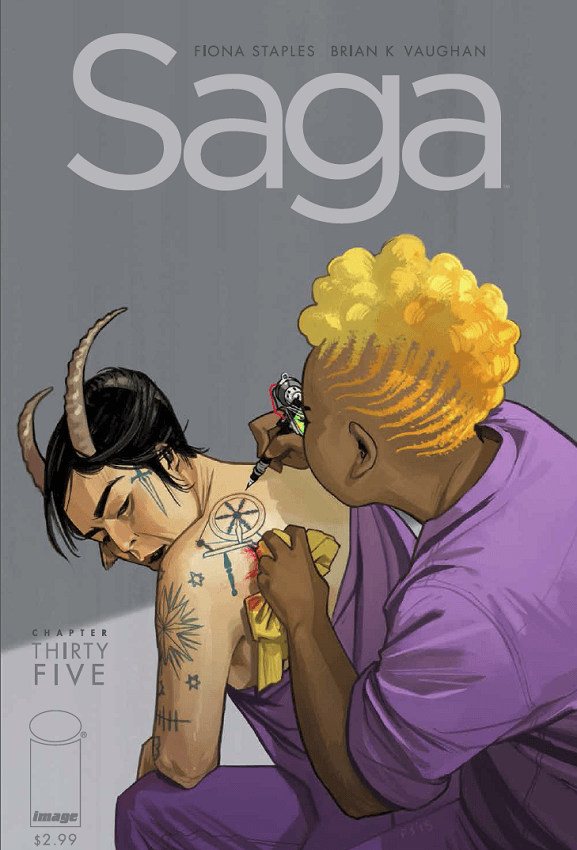 There’s a reason why, even after 35 issues in, Saga continues to feel as fresh as the first year it came out. Vaughan and Staples continue to introduce or flesh out new characters in a way that is logical and organic to the series, helping to expand this brutal world we’ve come to love. While not a ton happened in this issue that wasn’t just inching forward from last month’s issue, it was still highly entertaining, mostly in the character interactions. The Will is still on his quest for vengeance against the Robot formerly known as Prince IV, who he himself was drafted to help Alana and Marko. Who are trying to get Hazel back. Who is in the midst of an escape plot from the jail her grandmother is being held in. See how beautifully that’s all connected? 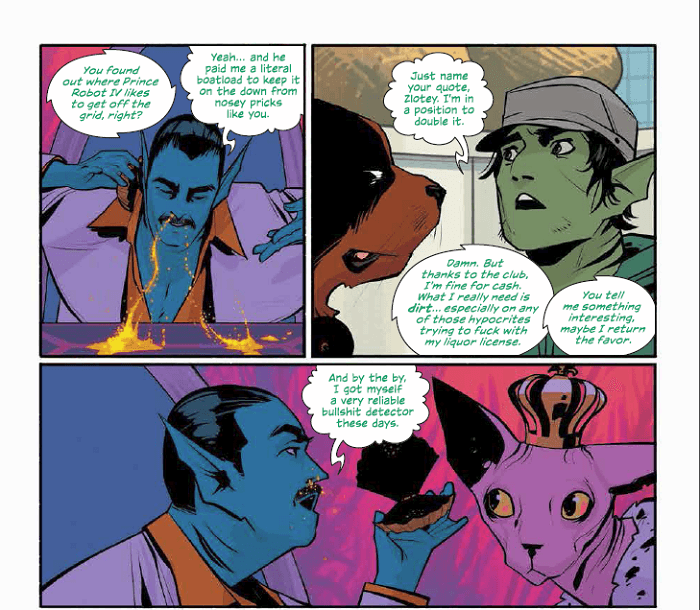 As I’ve stated already, the dialogue is just great here, especially between the snark and disdain of Robot not wanting to be associated with Alana and Marko whatsoever. Vaughan does a great job of showing the resentment and yet respectable tone Robot has towards most people, making him one of the most well rounded characters. What concerns me (not for the quality of the book, but for the characters in the story) is that The Will seems to be, uh, crazier than we might have thought. I mean, it was easy to dismiss him talking to The Stalk’ “ghost” before as just an aware escapism. But he might be listening to The Stalk tell him to do terrible things. Which is concerning (awesome). 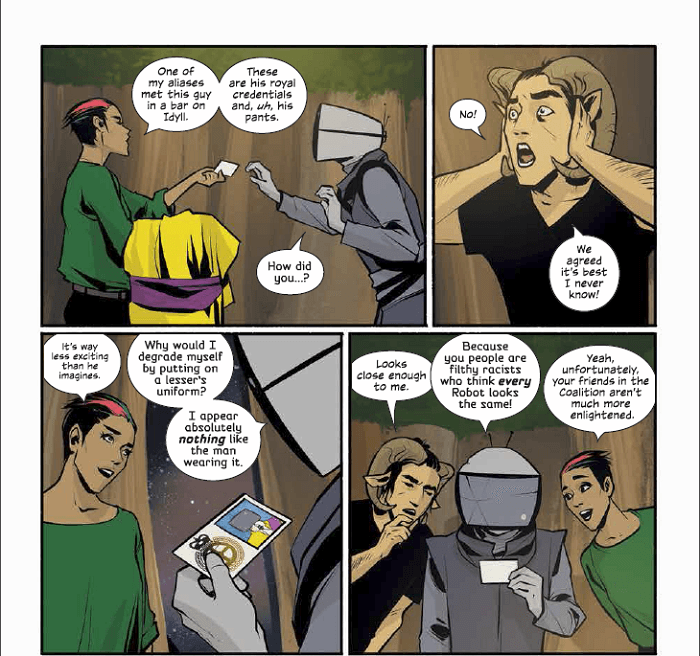 As usual, Staples is dynamite in this book. She nails the neutral state of the characters so well, but excels in the brief and surprising moments of affection and tenderness. With characters like Robot, who don’t have a face, you still see his tone perfectly in how Staples captures his demanor. And is there any character better drawn than Alana in comics? That’s a tough call.

Saga #35 moves some chess pieces forward, setting up some really big moments ahead but doesn’t give away the store yet. The character interactions have always been the strength of this book and this issue is no exception.