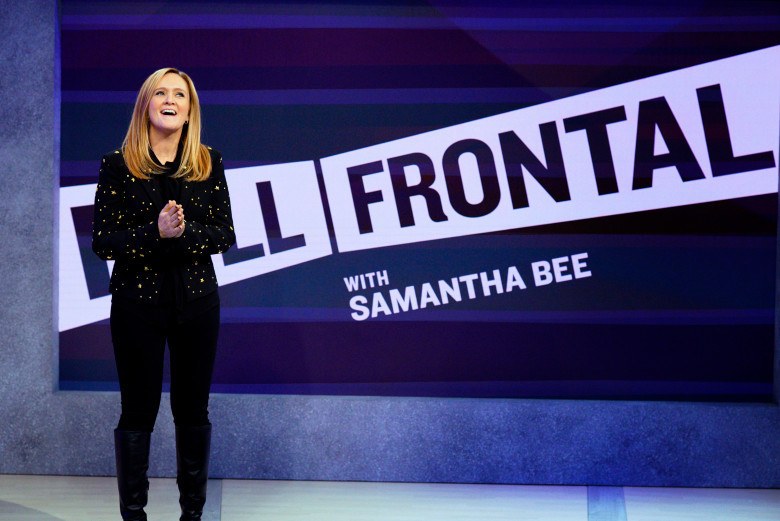 Samantha Bee is getting ready, and getting the rest of the country ready too. Ready for the 2020 elections and what a perfect way to prepare – with an app! Samantha Bee is educating and engaging the fans and non-fans on the primaries in this digital age when scrolling is our main way of communication. Samantha Bee broke into this year’s New York Comic-Con to talk full frontal politics and introduce her app “Full Frontal’$’ Totally Unrigged Primary.” In this interactive app, users get to pick a primary candidate’s team of their choice, complete fun interactive tasks, and activities that win for real. It is not only a fun way to get people thinking about the elections, but it will literally help a candidate’s campaign.

“It’s an interesting endeavor for us to make a game because we’re a television show, I think that we build things because we wanna play them, and because we like them, and wanna learn from them. As opposed to – let’s do this because it will be popular and people will play it. We’re coming at it from a much more organic place which is like, what can we learn from this? How can we advance our own mission? How can we advance our own learning?” Bee stated at our roundtable interview. We were seated just off the NYCC press room and down the hall from cosplay corner where masked fans and caped cosplayers roamed the floor. I myself dressed as Lando Calrissian sat down next to Samantha looking professionally dapper in my own stylish cape. We talked about the app and what it means for the users and their intentions for the game.

“Each day you should be learning a little bit, as you go through it all you’re actually going to learn a lot about the candidates their plans and what’s happening, you are forced to interact with them.” Says Product Manager Adam Werbach.

The game was conceived and created by Samantha Bee, Razan Ghalayini, Segment Director and Adam Werbach Product Manager. Like all things with Samantha Bee the game is clever witty and with actual stakes. You can quickly see how the app mimics the reality of our voting system and the power of an individual to change the outcomes.

“It’s like Fantasy Football meets HQ so you’re playing for a candidate, every time you answer questions you are gaining points for the candidate you love, you can change candidates if you want to and your points go with you” says Bee. 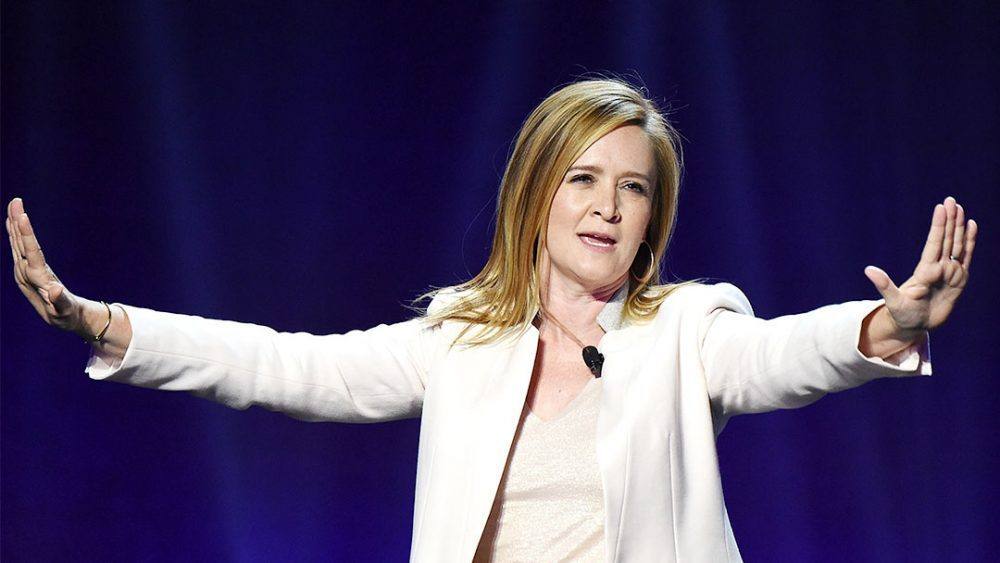 Not only does the game comment on the structure of our elections, but the joke of it all too. The game has trivia, slider questions where jokes are made in which the answers earn points for a candidate’s team. You can also contribute to Samantha Bee’s Political Swear Jar which is set up as a fund under “Democracy engine.”

“All of the money that is in the fund at the end of the game goes to the winning candidate doesn’t matter which candidate it is. So Sam might give Marianne Williamson a stack of cash” Said Razan Ghalayini. This is the issue with the game, the points follow you to whichever team you move to – so if you are “disloyal” as Bee put it, you can move to another team, but at the end of the game a real candidate gets a real amount of cash towards their campaign. I had an immediate reaction to the fact that this game could have real consequences. Then I realized this is the point. The real election has weird rules, wacky players and some people can literally split a vote and some undesirable candidate could win it all. I hate to say that is how it went… goes down but Samantha Bee and her team were able to pull reality into the app to help us see the true game in life and make fun of it all at the same time.

The game app will be released late this month. If you want to throw down for the primaries or just learn about the candidates to make some informed decisions come election time, check out “Full Frontal’$’ Totally Unrigged Primary.” 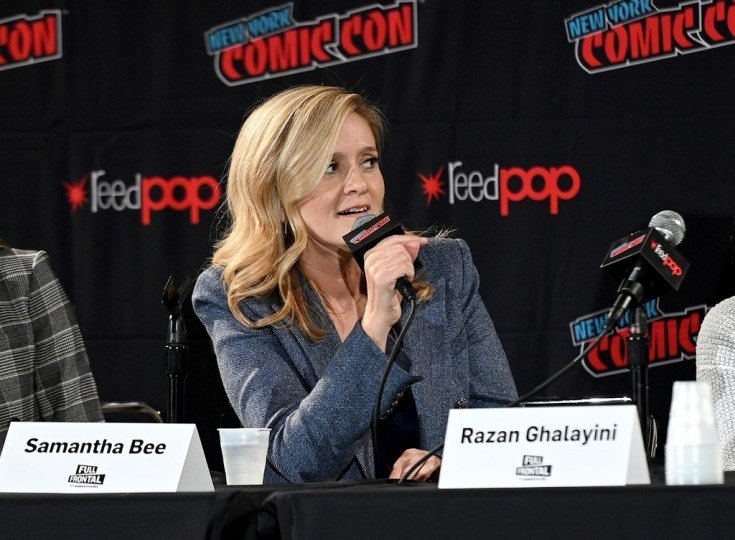