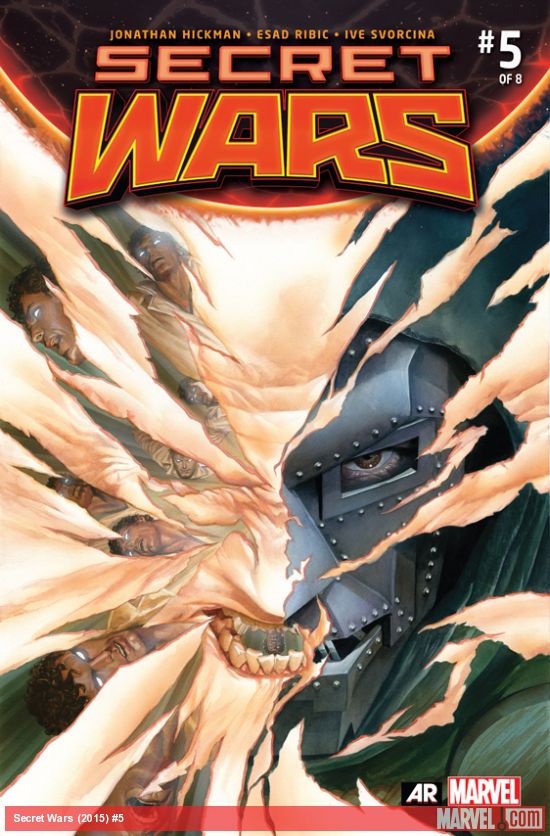 Just gonna say it, the combination of Time Runs Out and Secret Wars is my favorite pseudo-event in the last few years. It feels like Hickman got the key to the Marvel City is a few years back and has painted the White House, Black. Coming off of the stellar #4 issue that saw Doom show his almost limitless power before ending his most trust companion’s life. This issue goes back some to go forward by showing how exactly Doom dealt with the Beyonders and gained the ability to shape Battleworld himself. Somehow, in a limited series, Hickman is able to tell a story that is moving forward and still expand our understanding of the present world. What is important moving forward is how the foundation of Doom’s unquestioned following is starting to crumble as his secrecy and reluctance to inform those around him reveals his vulnerability in the scenario. 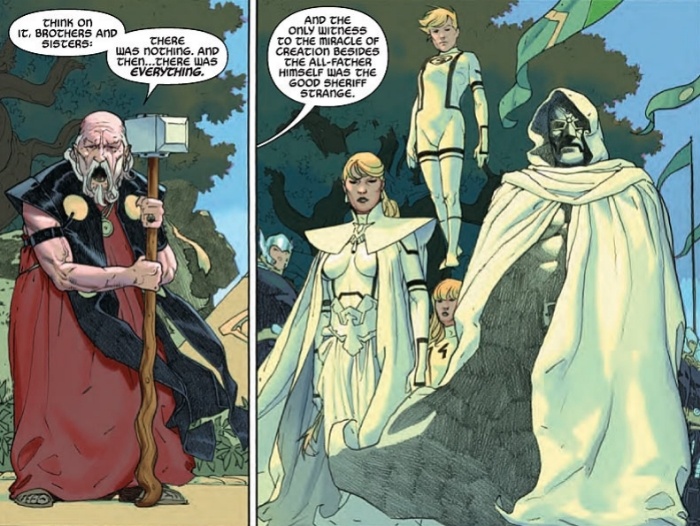 After some early inconsistencies, Ribic has been pretty solid in his depictions of the characters. There were certain sections of the book such as the meeting with Molecule Man or the Beyonder conflict that demanded more of him than your typical dialogue driven scenario and he handles it quite well. All in all, the art works well with all the scenarios and helps bring Hickman’s story to life.

Secret Wars continues to be great, even when our heroes aren’t battling with each other. The exposition is handled so well to not be drawn out and make sure that any background info is directly functional to how we see the action. Just a great book. Period.