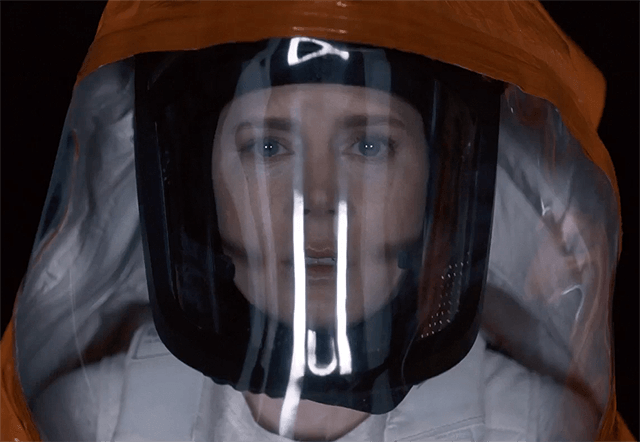 While finding myself in Boston post- election, I went to the movies to see Moonlight (yes there’s a review on the way, and yes, I still believe that’s the best film of the year) with a group of friends with the Arrival poster hanging over us. My good friend Simone and I both eyeballed this poster and shared the same sentiment (the one where steam begins to rise from the peak of one’s head) and stated, “That better not be like fucking Contact.” Well, Arrival is not Contact. Not in plot resolution or endgame frustration, anyway. What Arrival does is give you a pretty full theoretical world that includes good writing, some cool nerdery, mostly good performances, and a big plot twist that mostly pulls it off.

Arrival shares some similarities with other “the aliens are here but they won’t tell us why” films from before, but the scope and grounded purpose separate it from convention. The film’s protagonist, Dr. Louise Banks (Amy Adams), is a linguist (and one of the best in the country, apparently) and a college professor at the time of the alien arrival, as twelve inexplicable spacecraft of some sort are placed around the world with no warning. Eventually, Colonel Weber (Forest Whitaker) comes to recruit her as the aliens are trying to communicate with humans to no avail. 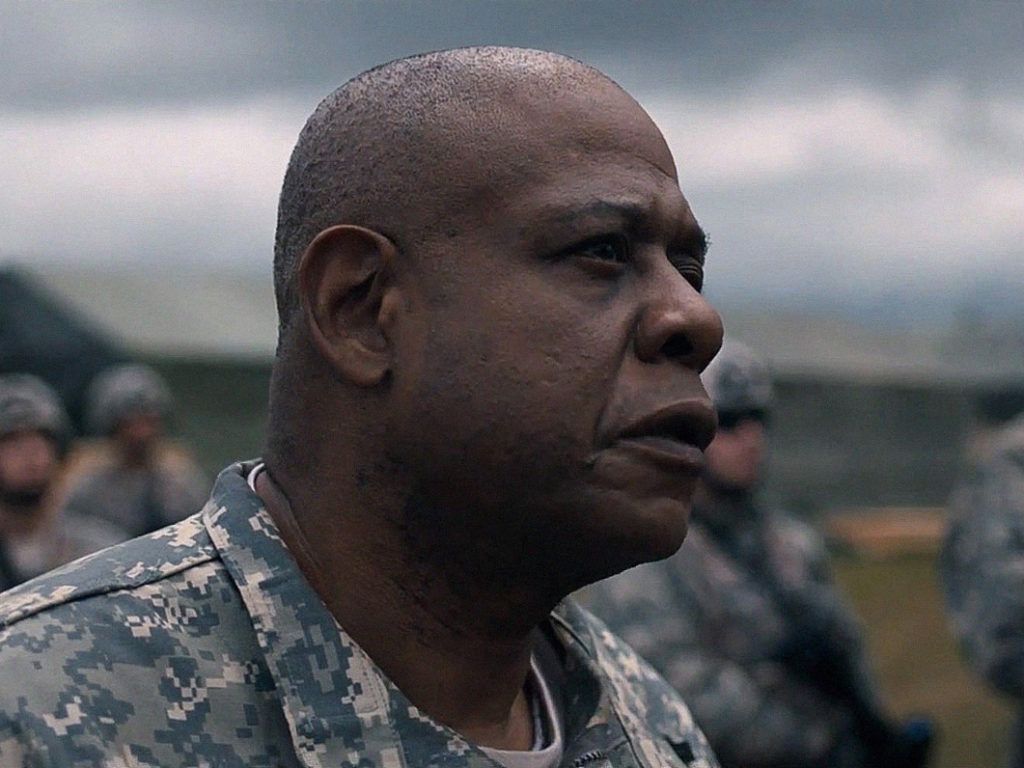 This not a Day the Earth Stood Still or Independence Day kind of invasion flick, but much more rooted in theoretical science and what-if scenarios more akin The Martian or Interstellar. If we had to find a way to communicate with a non Earth-based form that defied our expectations of how language works, how would we solve that puzzle? If you’re a language or linguistics nerd (and aren’t all of us literate folks at least a little?), then you will enjoy the scientific methodology and progression the film takes as Dr. Banks and her team finds way to communicate with higher life forms.

The story plots well and the pacing never betrays the interest of the audience. Once Dr. Banks is enlisted and given her first exposure to the aliens, the film moves at brisk pace, but still not skimming over necessary story elements. The world is reacting to these alien crafts hovering around the globe, causing a panic worldwide — or at least I think so, as the movie shows some civil unrest in other parts of the country, but doesn’t really show how widespread that is. Hysteria and (right-wing) radio hosts calling for aggression against the aliens only serves one specific plot point, but since 90% of the movie takes place with the alien aircraft or on the makeshift army base of operations, the lack of attention paid to the outside world is pretty forgivable. 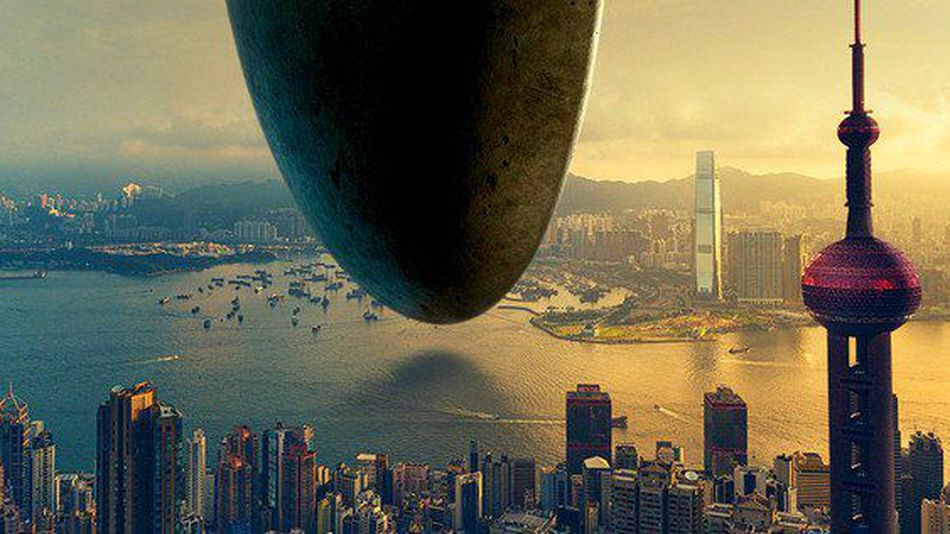 Performances are mostly good and consistent throughout the film. Jeremy Renner plays a likable and understated Ian Donnelly, a scientist tasked with understanding the physiology of aliens. Though he mostly just helps Dr. Banks on the language project, he plays a sufficient support role that never threatens overtake or steal a scene. Forest Whitaker does what Forest Whitaker does in a pretty bare bones role: instantly gives the film more heft. Still, he barely rises above the other military personnel, who are mostly stereotypes of rigid “I’m afraid we can’t do that, ma’am” dudebros. Why that still works is because this is Amy Adams show and the film’s perspective never deviates from that. Adams does the role justice, as it’s not just a straightforward character trying to crack an alien code; she’s a woman experiencing a trauma that we are introduced to in the very opening minutes of the film. We do not know if the revisiting of the trauma throughout the film is Dr. Banks experiencing a psychiatric break or something else, but that all comes together in the resolution of the film. 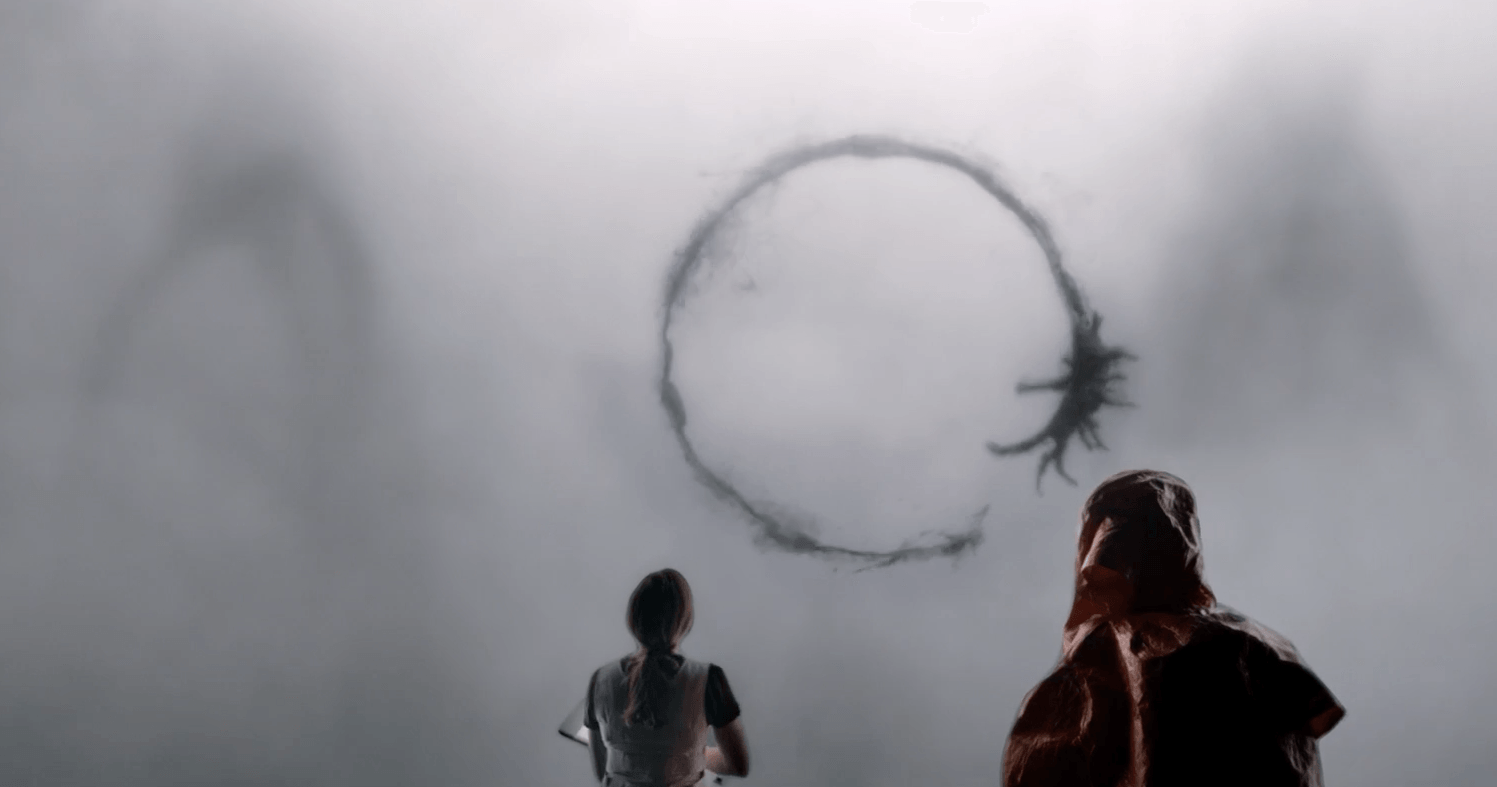 I will not give away the big turn except to say it’s not her father in the alien ship (no Contact, folks). It’s a pretty clever resolution that requires a good amount of faith from the audience. You will already be invested enough that the turn won’t deter you, but not all the pieces fit 100%. As with any theoretical film though, you can win me over if you don’t break the rules that you previously established, and Arrival definitely stays in its lane for the full runtime.

The movie is ultimately superb, though not perfect. It still contains a number of movie tropes (military resistance to listening to the smart person, White woman taking physical risk none of the burly men are willing to, etc) so it’s not all that innovative outside of putting language as a central cog of a film. Still, the performances are worthy, the science is fun and unique, and the story is cleverly constructed to produce a very good film.