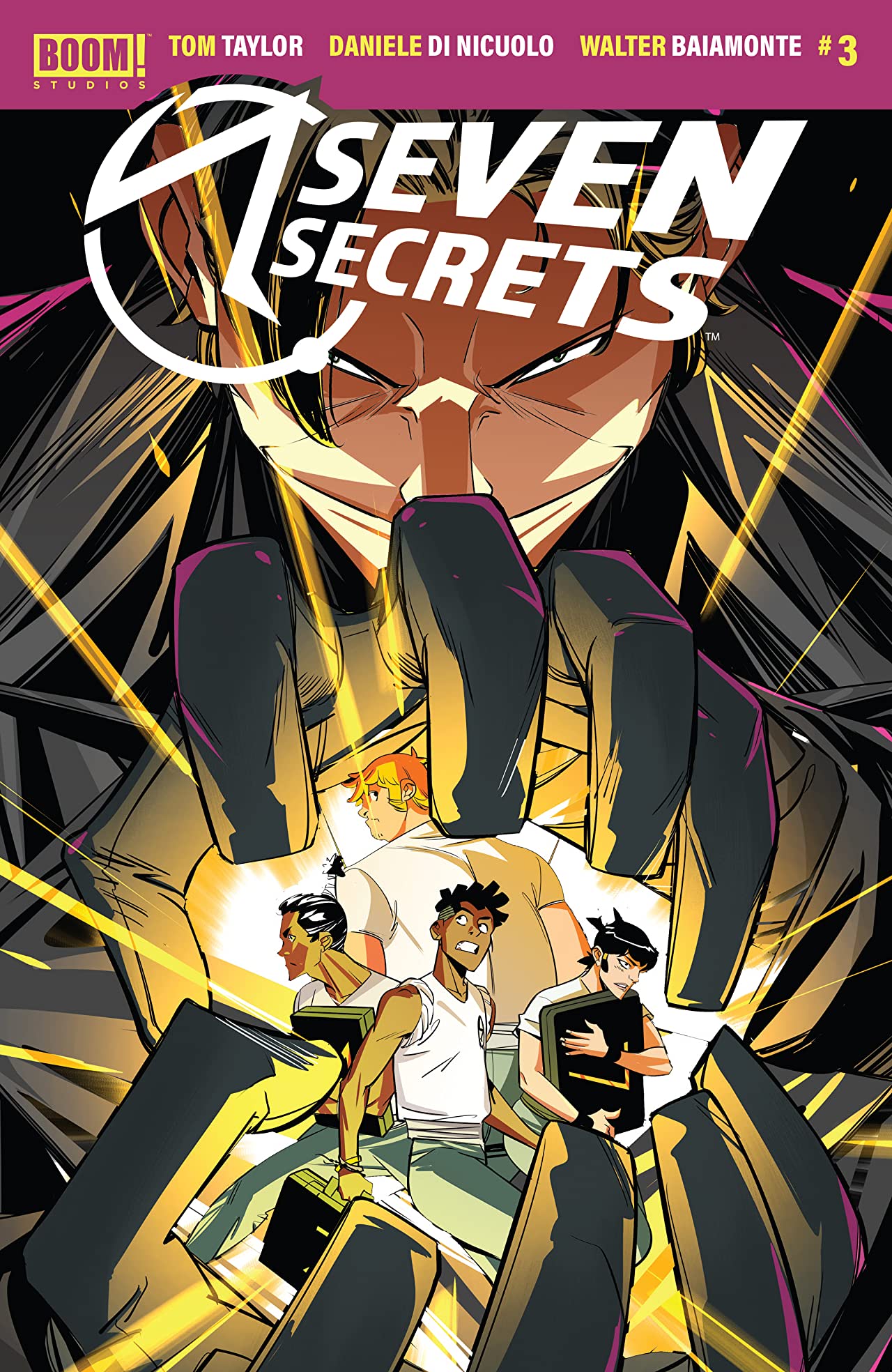 We are three issues deep into Seven Secrets, and I could not even begin to tell you what exactly I think the eponymous seven secrets are remotely but I can also tell you that I do not care in the slightest because the series is that much of a joy to read.

Casper is such a fun character, both as a not-quite-omniscient narrator and participant in the hidden society built on a bedrock of ominous secrets that could potentially end the world, and Seven Secrets #3 carries for the same energy as its direct predecessor, and the bulk of the issue continues to focus on his backstory in particular while also alluding to some of the world building that Taylor has meticulously crafted. The scope of the story very much feels global and even though the mechanics of the world are incredibly vague and nebulous, the reverence Casper speak of them with and the concrete action we see done to preserve the Seven Secrets, make it compelling. All of the narrative feel familiar, but are executed with such style and aplomb that I’m all in as I watch everything unfold.

Di Nicuolo’s artwork continues to showcase a dynamic and vibrant world with fantastic action shots and softer, lovingly done panels of tenderness. It all blends together with the voice that Taylor has imparted to the series and is executed so well that I feel like I can trust in the long game of the creative team, and even with the mandatory cliffhangers that feeds into the next issue, I feel like the self-contained story is fulfilling in and of itself.

Seven Secrets #3 further anchors itself to Casper and does itself a great service in that respective because Casper is such a lovable character with equal amounts of tenaciousness and compassion. He’s the exact type of character that serves as a great focal point to a weird, long running mystery, and I’m excited to see where Taylor and Di Nicuolo take him.