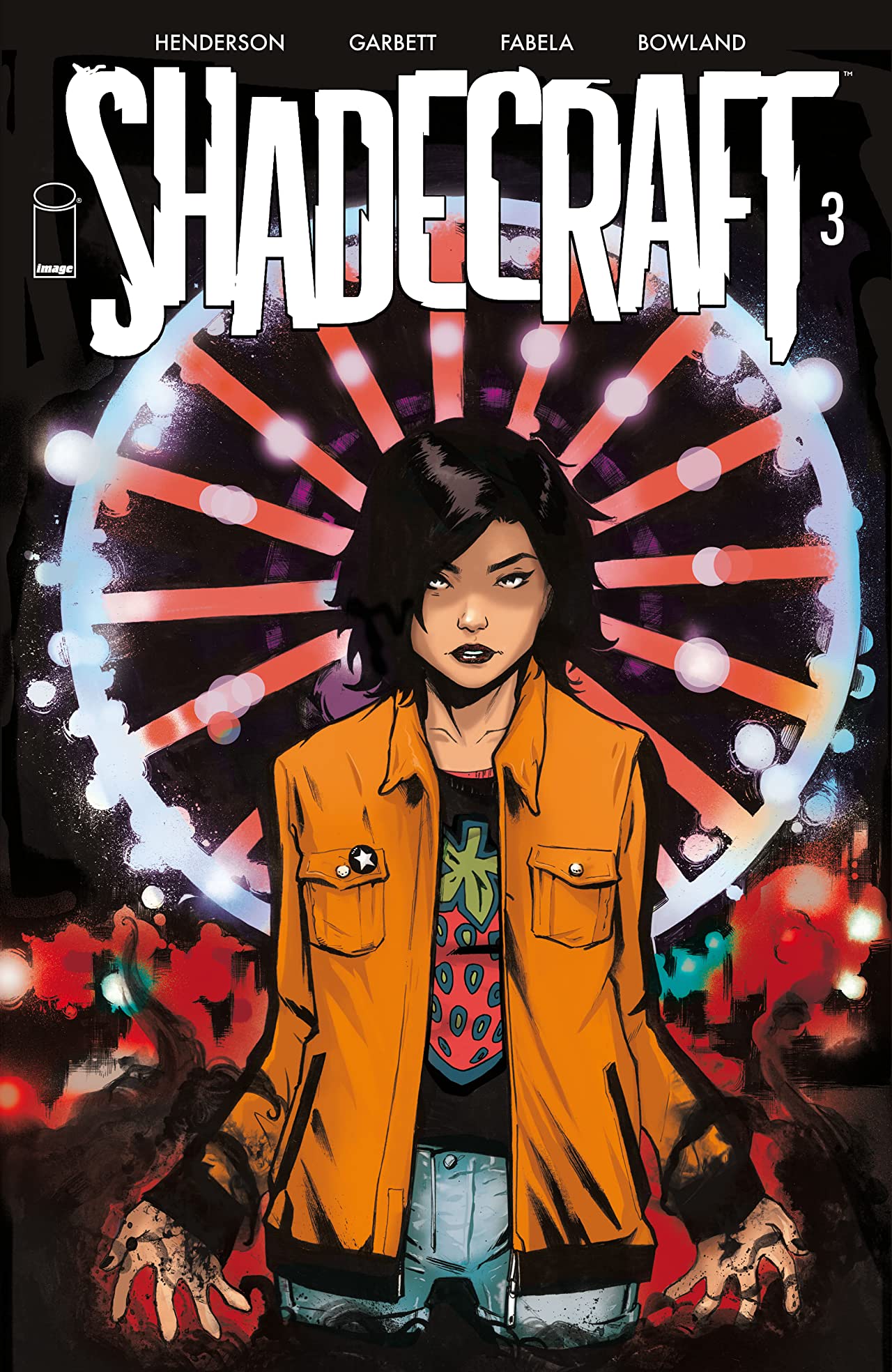 A brief recap of the events of Shadecraft #2 since we haven’t talked about the series since its first issue: Zadie’s dealing with the aftermath of being attacked by enigmatic shadow monsters, but was defended by the shadow of her comatose brother, Ricky, and right now they are a lot of questions about what exactly is happening with all of the shadowy shenanigans. Of course, all of this comes with the price tag of strained interpersonal relationships with friends, exacerbated tensions with bullies, and still no real understanding of what is actually going on.

Serious props to Henderson and Garbett for covering lots of ground very quickly and for keeping the momentum going as Shadecraft #3 wastes absolutely no time jumping into the fray and quickly illuminating (pun intended) some of the mechanics of the world.

Shadecraft #3 is dedicated entirely to Zadie learning the nature of the titular “shadecraft” and her powers are empathic in nature. The best analog would be a power similar in nature to DC Comics’ Raven with just a splash of My Hero Academia‘s Tokoyami’s Dark Shadow. Garbett absolutely sells the power set visually, and the sprawling shadow puppets that populate the page are an absolutely feast for the eyes as the billowing wisps of darkness have an incredible powerful presence of the page as does the brighlight that both cast and dispel the shadows. Garbett’s art, Fabela’s colors, and Bowland’s lettering manage to make visually stunning spreads that capture the reader’s attention.

Henderson knows how this genre works and works well with it. Zadie struggling with her powers is archetypal, but the witty dialog from all the characters and the fast-paced action work in its favor. Tropes exist as tools, and Henderson is an excellent smith, letting the familiar pave the way for something breathtaking.

Zadie’s a fun character to follow and as the myth arc continues to be enriched, I look forward to seeing what the creative team has in store. Shadecraft‘s visual language and quick pace, especially in Shadecraft #3, make it a fun jaunt that will sneak up on you like your own shadow.