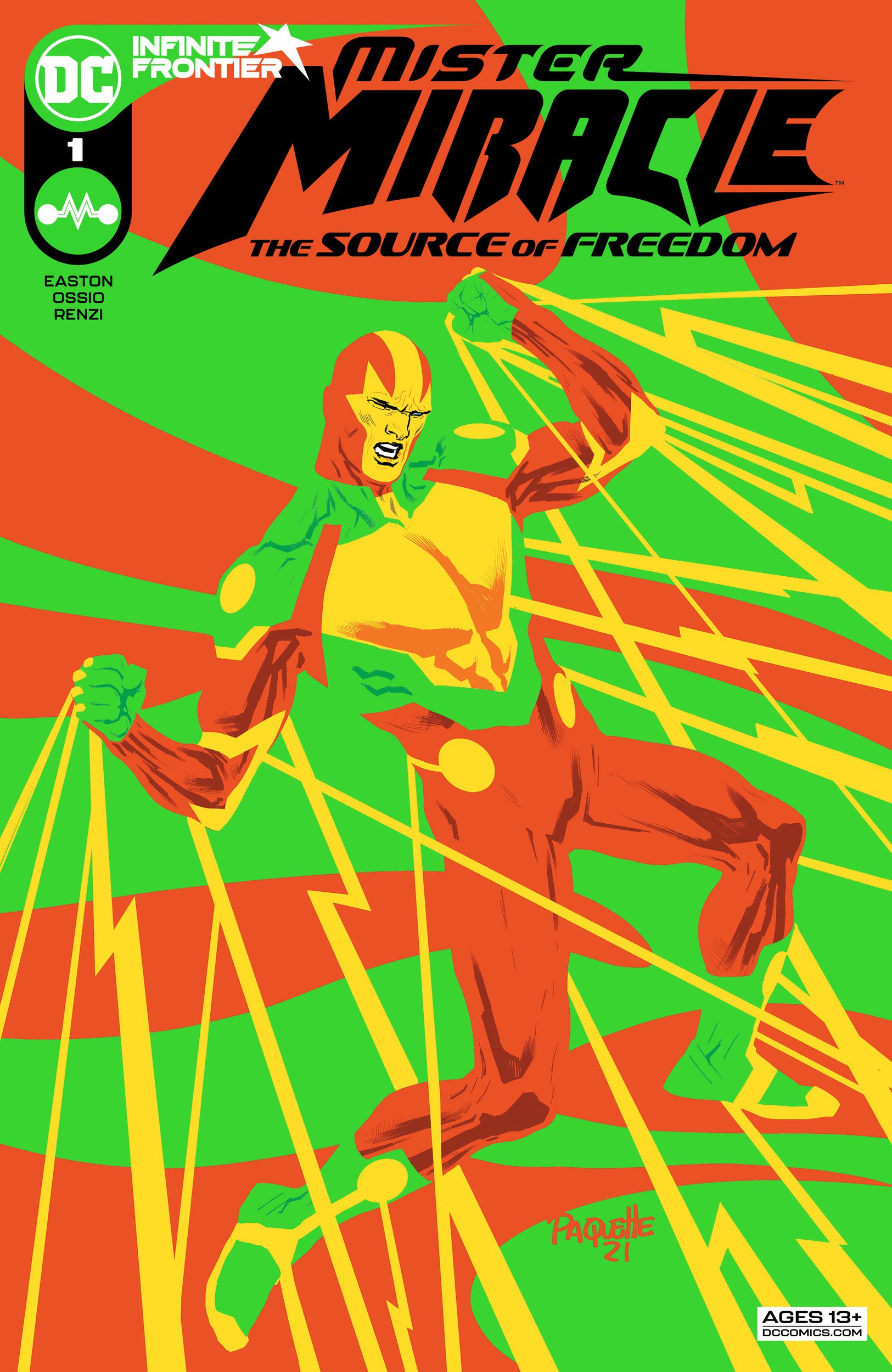 A new day for the Mister Miracle fandom is here, and this time around, we’re getting a reimagined version of the Shilo Norman character, who happens to be Black if you didn’t know.

This Mister Miracle book is a six-issue mini-series slated to reintroduce the Shilo Norman character into modern continuity. If you’ve been a casual fan of Mister Miracle in general, you might be more familiar with the Scott Free character. But Shilo Norman isn’t new, he just hasn’t been around for a while. The Mister Miracle costume and title is kind of like a mantle in its own right. There have been many, and there will be more.

Mister Miracle #1 does a wonderful job of dropping us into the world of Shilo Norman and the death defying things he puts in his way every day. In the first few pages, my guy jumps out of a ship in the upper atmosphere, bound in chains, with only a few minutes to free himself and open his parachute before he becomes human jello on the Earth’s surface. If that’s not a way to get the reader’s attention, I don’t know what is.

Mister Miracle is an entertainer, and that’s what this opener shows us. But it’s got the added layer of not only having to entertain the characters within the book, but the audience reading it as well. I think Easton and company set a strong precedent with this.

Other aspects of Mister Miracle #1 deal with Shilo’s personal life as he navigates being this larger than life entertainer with having a normal date with someone. It’s an interesting peek into the life of a celebrity who can’t really escape who they are in the public eye.

Speaking of that, Shilo has hidden from the world that he’s a Black man. No one knows what he looks like under that mask except the team of workers responsible for Mister Miracle’s public image. Easton has started an interesting conversation that we don’t see tackled too much in comics. We know that Peter Parker doesn’t want to take off his mask because then his enemies will know who to attack in his personal life. But what happens when you take off your mask and the public’s perception of you changes? That’s a very real concept that I can’t wait to see further explored. It’s not even known whether the public’s view of Shilo will change or not, but the fact that he’s concerned with it, and Easton is given the agency to explore what that feels like, is a sign that these important types of stories are finally getting the care that they deserve.

If you want to see Easton talk more in-depth about Shilo’s conflict and a broader overview of the series, we sat down with him last month to talk about his approach to this character.

In the meantime, let’s all celebrate Shilo Norman’s moment in the limelight, and hope he’s here to stay.