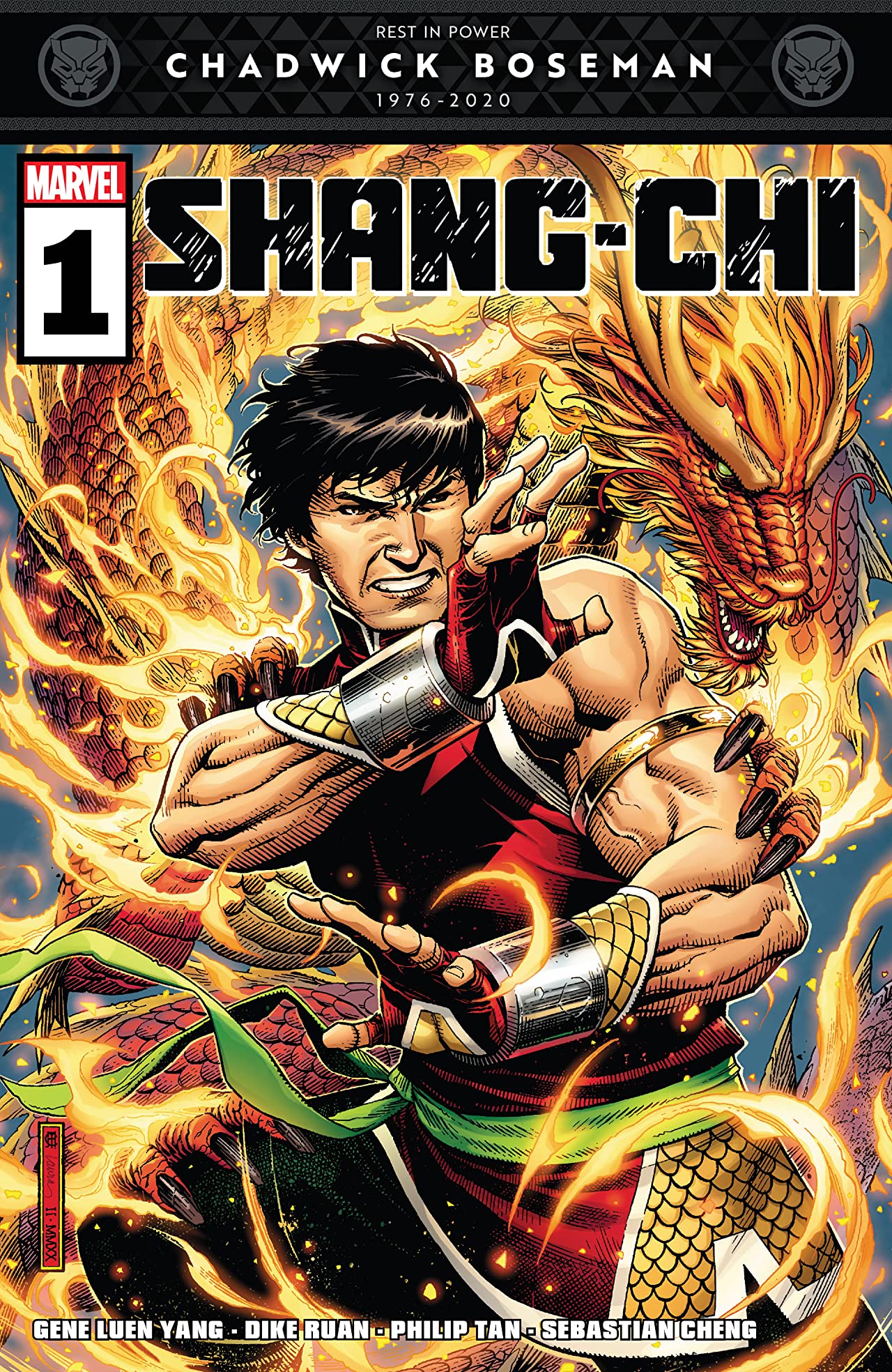 Shang-Chi is about to be a big name in the next couple of years. With the MCU prepping his big screen debut, it’s only fitting that Marvel Comics gets the ball rolling on a new series. Here we are with Shang-Chi #1, an issue that doesn’t necessarily sell new readers on the character of Shang-Chi or who he is but feels like it opens up a part of the Marvel Universe that we don’t get to see a lot. It’s a whole new world to explore and an exciting one if Writer Gene Luen Yang has anything to say about it.

I’m going to be honest. I don’t really know too much about Shang-Chi. I’d imagine that a lot of people, even some long-time comic fans, might be in the same position. That’s why I’m excited about this new series. It gives us a fresh slate to get to know the character and why he’s such a big deal. Now, like I’ve mentioned earlier, we don’t get to know much about what makes Shang-Chi so special. In fact, a lot of this issue feels like we are being introduced to a character we should already know. From what I’ve gathered, he can fight really well, his life isn’t normal, he’s made a lot of enemies, and has some deep-rooted family issues.

It’s actually the stuff surrounding Shang-Chi and his background in this opening issue of his series that makes it so interesting. From the beginning, we dive deep into Shang-Chi’s world and the coming conflict that he’s about to face. It’s a mythic tale, where magic and martial arts mix. Luen Yang gives readers a great introduction into the group that Shang-Chi is about to face and his connection to them. So, even if we don’t quite know who Shang-Chi is or what makes him so special, the conflict he’s about to dive into is too captivating to pass up.

What really sells the mythic nature of this story is Dike Ruan’s art. The imagery of ancient China and its defenders is amazing to look at. It really feels like your favorite martial arts film playing out before you with each and every panel. The action pops and not a moment is wasted to show how skilled each of the characters is when they are facing off against one another. This is a good start for this new solo series. While I feel like writer Gene Luen Yang is going to have to do a lot more to make us like this hero, that’s not going to stop me from wanting to see more of his adventures.

8.7 Secret Weapon Societies out of 10