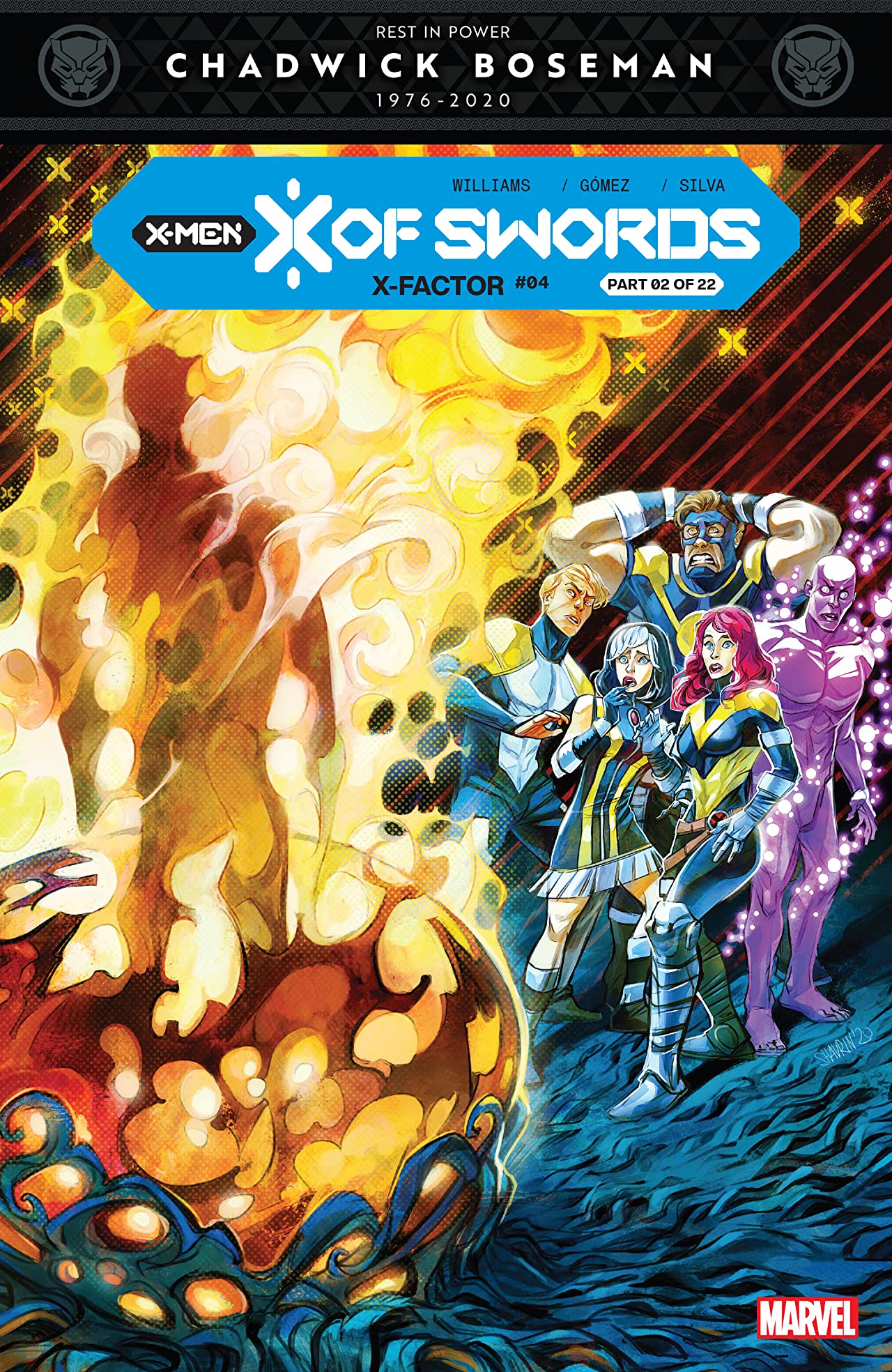 Dawn of X is in the midst of its first big event and it’s … overwhelming. The first part of the X of Swords event, X of Swords: Creation, introduces a lot of elements to readers and if you haven’t kept up with Excalibur and the other X books, you might be a little lost. Jonathan Hickman is an ambitious man when it comes to storytelling. However, even his events suffer from the most aggravating aspects of modern comics, continuing the trend of having to follow several different books to keep up with the complete story.

I digress though. Our story continues in X-Factor #4, where the team sent to Outerworld returns after facing betrayal from Apocalypse’s original Horsemen and Summoner. The fallout leads to Rockslide dying in Outerworld, while both Rictor and Apocalypse are gravely injured. The first half of this issue isn’t my favorite as it dives heavy into exposition and the complexity of the coming war. It’s a lot for readers to wrap their head around and gets a bit confusing as you’re trying to follow exactly how the upcoming tournament against the Horsemen is going to work.

It’s in the second half that writer Leah Williams does excellent work with a mid-issue twist that completely grabs you. Since the beginning of Hickman’s run on X-Men, he’s completely flipped the script on death. Death in comics can be tricky and when you completely take death off of the table, it feels like nothing matters. For the first time since the beginning of Hickman’s X-Men, Williams makes it feel like X-Men are truly in danger, despite their ability to bring mutants back from death.

More than the first part of X of Swords, this issue of X-Factor feels like it carries much more weight. The stakes are definitely higher as readers learn the real threat that Outworld and the coming war present. What’s fascinating is that Williams still manages to make his part of this event feel like X-Factor. The investigation into the event that disrupts the resurrection process is compelling. From that point on, the event really gets some momentum going, and we can wrap our heads around the wild premise it’s leading to.

8 Multi-dimensional Amalgamated Resurrections out of 10

Reading X-Factor? Find BNP’s other reviews of the series here.