Call me pleasantly surprised and slap me silly because Shazam came out the gates swinging in issue #1! We start off with the origin story proper, and young Billy stumbling upon the Rock of Eternity and it’s dying protector. Billy, the trouble making foster child, is deserved of naught until you look deep down inside the boy of many homes. His true self is a young man who will stand for the weak and defend the misfortune. His true self was worthy of inheriting the power of magic.

Flash forward and some time has passed for Billy to get somewhat acclimated to being a hero. He’s learned how to recognize danger, shout out his patented word, and bring forth the powers and abilities of Solomon, Hercules, Achilles, Zeus, Atlas and Mercury. In the most desperate of times, he was even able to unlock his most powerful spell and share his magic with those he calls family. In the end, family is what matters most and is the true power of SHAZAM. 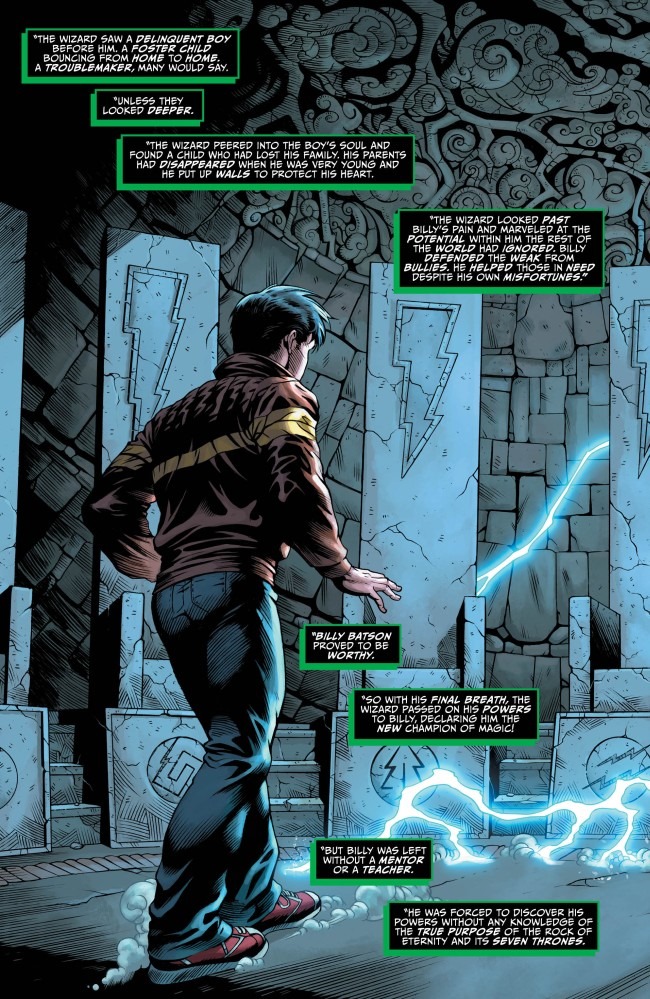 I absolutely love the pacing of this issue. We get enough backstory to get new readers familiar and move quickly to the whole team puttin the beats on some unlucky thieves. What’s great about Shazam is that things aren’t overly complicated with plot development or the convoluted birth if an arch nemesis. It’s all about the fun and the family. These kids are an adopted family, but not because they’re all foster kids who wound up in the same household. They’re family because they chose to become brothers and sisters in action and justice.

But at the end of the day, kids just want to have fun and that’s what these kids do. They argue over code names, who the leader of the pack is, who’s got the coolest powers, and pretty much everything else a bunch of teens would argue about. The writing is spot on, as expected from Geoff Johns. This feels to me like an advantageous opportunity to sell plenty of books, with the Shazam movie months away, but also an attempt to get Shazam right and lead readers to the most appropriate iteration in 20 years.

We get a beautifully drawn origin, touched up with a sizzling splash of hues all through our Shazam family’s crime fighting antics. The kinetic blues of everyone’s lightning bolts glow with an electric buzz that glides through panels like MJ moonwalking across the stage. I’ve never experienced the artwork of Dale Eaglesham or Mike Atiyeh before, so I’m excited if this is what I can expect. 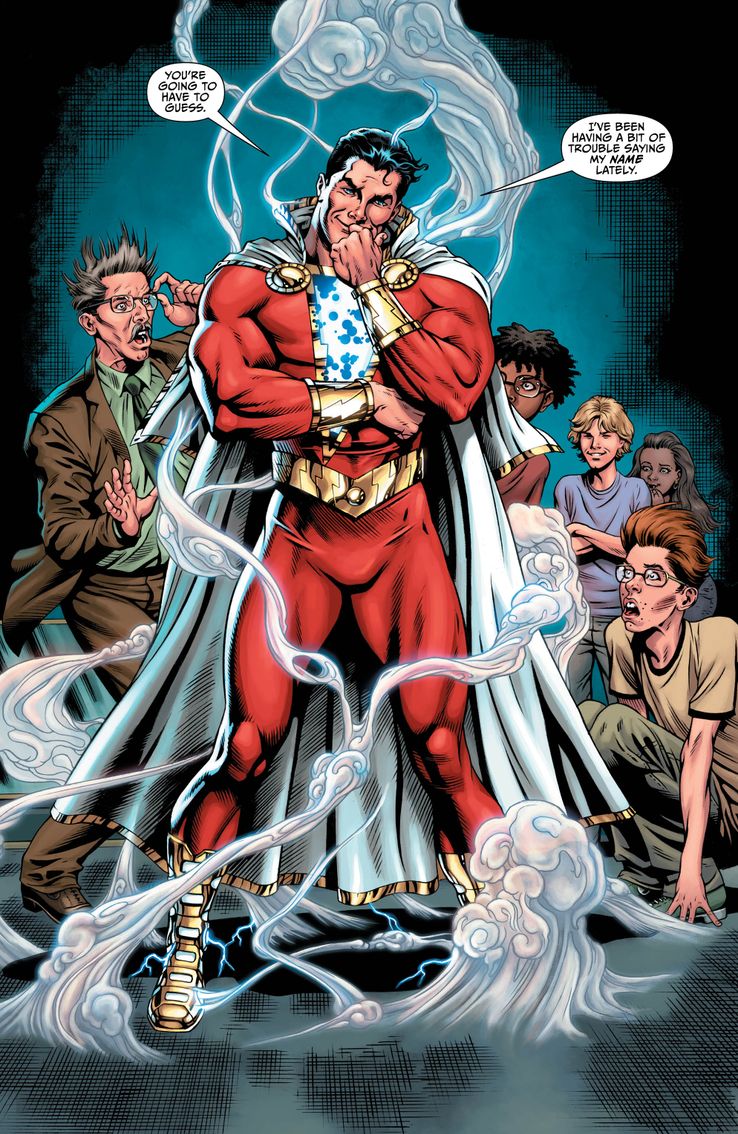 Family is at the heart of this issue, and it shines brighter than Krillin’s Solar Flare. Freddy, Billy, Mary, and the team bicker as much as they love each other and that’s what makes this dynamic so believable. The kids are self aware of their prowess but also live in the moment. Billy eats bullets to provide protection before whining about the team showing up to take away his shine. One minute Darla is recognizing how much she shouldn’t talk, being known as the girl who doesn’t stop talking, and the next minute she’s shouting at the top of her lungs how much SHE LOVES LASAGNA!! I love the comedic tones all throughout.

Issue #1 of Shazam is a comedic romp around Philadelphia as  they defend their home and win the hearts of Philly residents and world readers in the process. With the appropriate villain to spice things up, Shazam is looking like a comic on the rise.

8 Maps of The Magiclands out of 10

The story after Shazam #1 is a great little read. It’s so innocent, and complex at the same time. The change in color is subtle, but the content is inspiring. When you combine Mayo Naito’s magnificent job with the depth of storytelling that Johns brings to the table, it completely changes the magnitude of this first issue, and I think people will be pleasantly surprised.