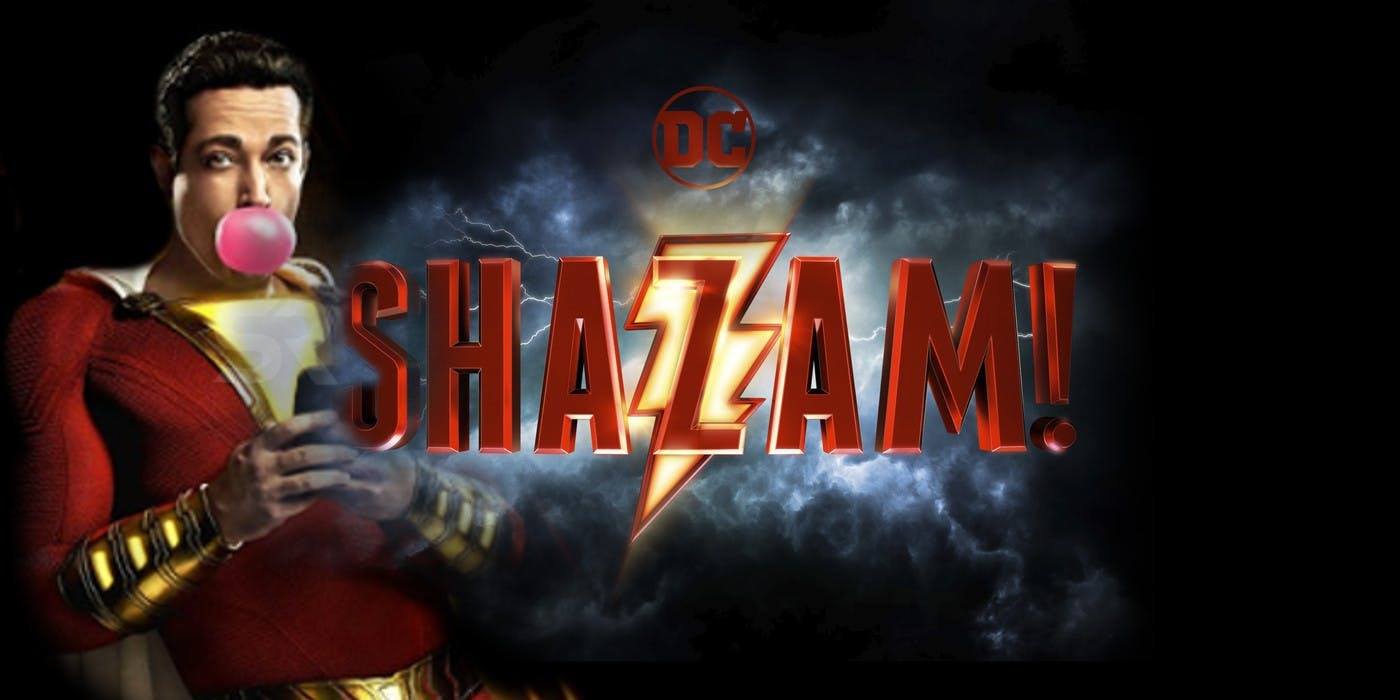 After a stretch of darker, monochromatic superhero movies, DC made perhaps its sharpest turn to big-screen comedy with 2018’s Teen Titans Go! to the Movies followed by the lighthearted $1billion blockbuster hit Aquaman. The sails continue in favor of superhero hijinks with Shazam!, a relatively lesser-known hero to serve as a new heat check for the ubiquitous success of comic book-based comedies. And while Shazam! meets its mandate with a genuine focus on brightness and laughs, the overall result is less than stellar by sacrificing the heart of a superhero movie. Shazam! will make you laugh; it will not inspire.

A dearth of inspiration might surprise moviegoers upon hearing the film’s plot: an everyday orphan, Billy Batson, is chosen to gain spectacular powers and become a hero. The heroism writes itself, an “anyone can wear the mask” waiting to happen, or a “diamond in the rough” should he prove to be uniquely good-hearted. It eventually gets there, the opportunity to face his foe to save the innocent — more on his family in a moment — though Shazam! instead diverts sight from its hero-versus-villain plot for most of the film. Instead, it replaces that conflict with two smaller ones as Billy searches for the mother from which he’s estranged, while learning from the friendship tension that arises from suddenly being a superhero.

Billy’s friendship tension comes from Freddy, his foster-brother who is the only person who knows Billy’s secret. Freddy rounds out the movie’s charm, as well as encapsulates Billy’s new perfect family of charming misfits. Former orphans themselves, two foster parents host five children even before Billy’s arrival, with Billy making it six. The majority of the film toggles between Billy and Freddy at home, at school, and out on the streets where a series of random events are leveraged to explore his powers. Freddy, played charmingly by Jack Dylan Grazer, anchors the comedy of the film, as well as its heart. Freddy would want nothing more than to be a superhero, but he’s forced to play tagalong as Billy squanders his potential. 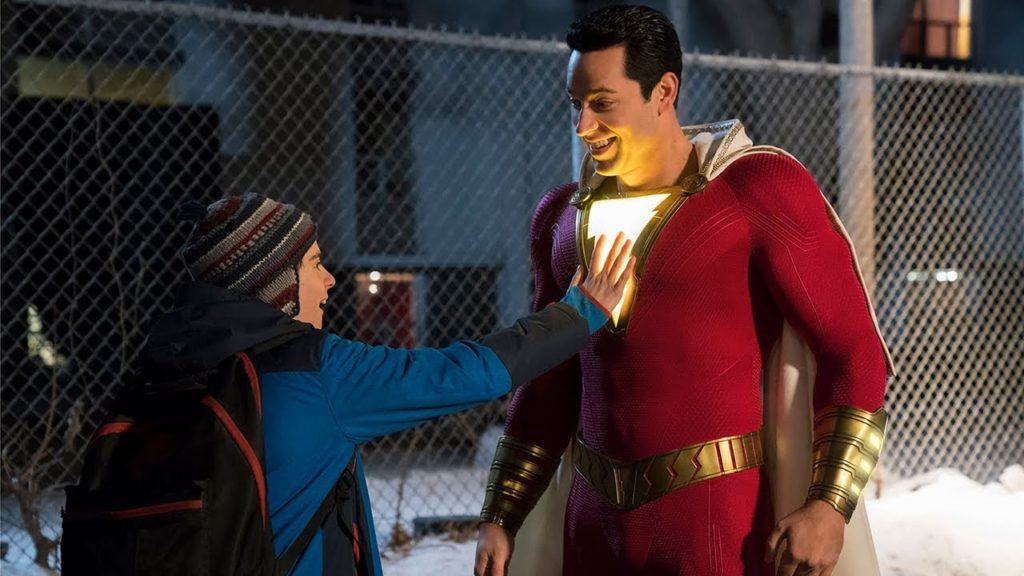 “Squandered potential” belongs most to the writing for Shazam’s antagonist, Dr. Thaddeus Sivana, played by Mark Strong. Having once been the potential recipient of Shazam’s superpowers, Dr. Sivana is on a revenge quest of undying resentment after having been found unworthy. With gargoyles representing the seven deadly sins at his command, Sivana operates as a villain more befit to the 90s than today, complete with brooding, villainous stares. Sivana’s lowest notes come from his dramatically pulling off his glasses to reveal his blue eye in embarrassingly corny scenes that might function as cringe comedy.

Shazam! is indeed funny though, with its most memorable scenes coming from moments like the superhero singing Rocky’s theme music with added lyrics referring to his lightning powers. The laughs come sudden and frequent, often in the form of slapstick hijinks, the comedic equivalent of a horror movie jump scare. Perhaps the most telling thing that could be shared about Shazam! is that you may not recall a single piece of fight choreography, as the fights are of the Wile E. Coyote variety, running under a monster’s legs, or making a structure fall on the person being fought. With rarely a moment to cheer for Shazam to triumph and despite Grazer’s notable efforts, Shazam! focuses so much effort to being funny that it sacrifices the inspirational part of being a hero. The result is an entertaining comedy and middling superhero movie.

Still, Shazam! is definitely on the funniest end of the live-action DC movies, coupled with a diverse and endearing cast that make for a heartwarming family comedy. It’s an easy choice for family-friendly superhero movies, so much so that it’s almost a surprise it’s not premiered as a holiday season release. Shazam! finds its place in the lighthearted corner of the superhero world, with plenty of nods to the dark and stormy Justice League cast while keeping a tone far away from its other live-action counterparts. While you may not remember it long after exiting the theater, your young children may.