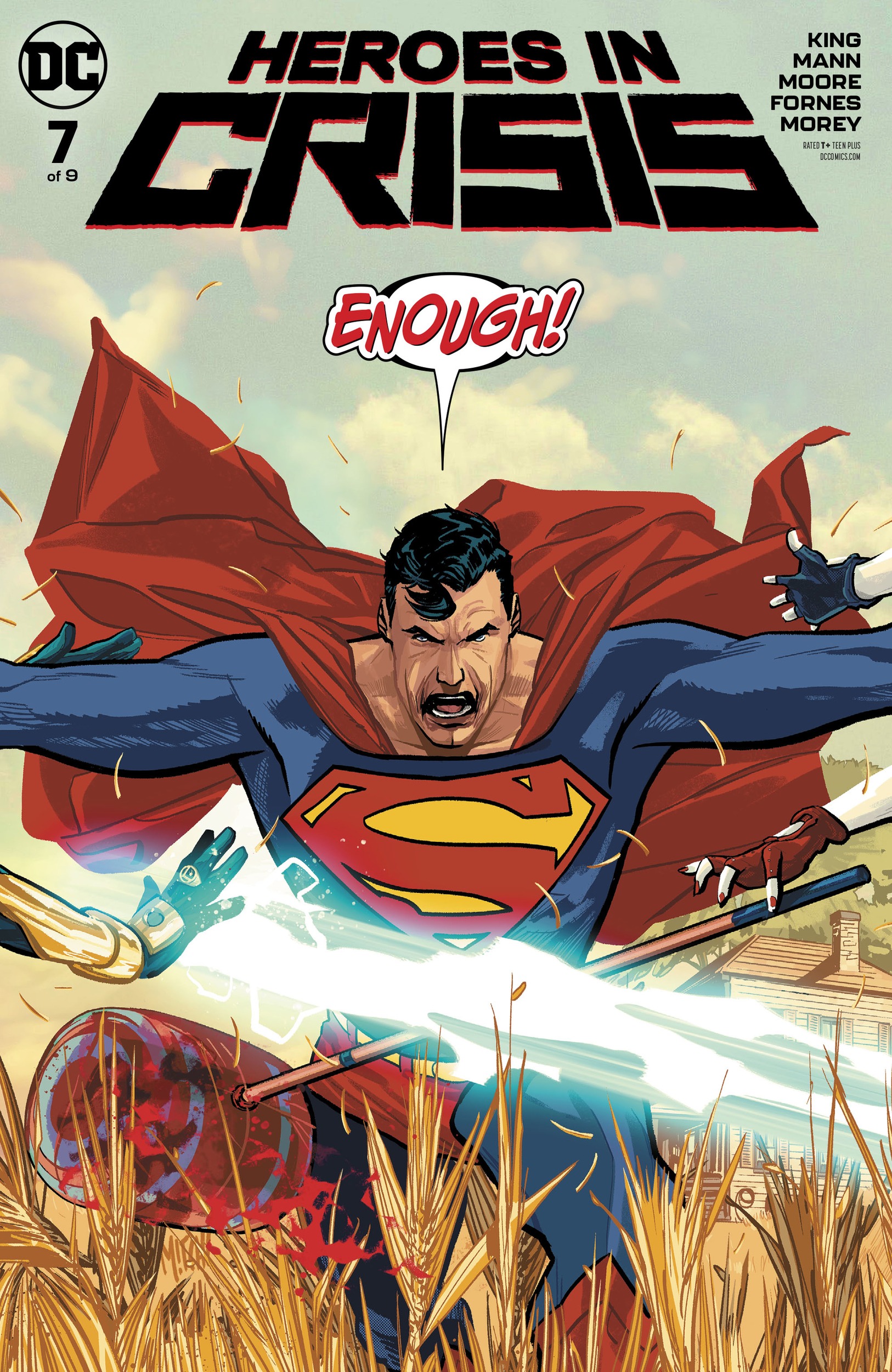 I want to like Heroes in Crisis. There have been moments that have absolutely floored me, and the general premise of the mini-series is still enticing. How do superheroes deal with the trauma of their work? How does the public react to knowing that their heroes are not as impervious to the tribulation of life? And these two guiding questions gave us a pretty spectacular Superman speech, so I can’t be too upset. However, we the readers are introduced to Sanctuary in the middle of a murder mystery and as this convoluted whodunit enters its final three issues, what little forward momentum the series had after Heroes in Crisis #6 comes to grinding a halt.

At this point, King is juggling three main plotlines, and any progress made with any of them feels like a negligible increment. In one thread, you have the continual back and forth between prime suspects Harley and Booster drawn impeccably by Mann. In another, Moore handles the backstory of Wally West’s first three weeks at Sanctuary as King continues to expound on the same few story beats. And finally, Batman and Flash continue to be designated detectives with Fornes on artwork. With a mere twenty-four pages and only two more issues to wrap up a complicated story line, it doesn’t feel like we’re learning enough new things fast enough to reach a satisfactory conclusion, and while I hope I’m wrong, the trend is rough. 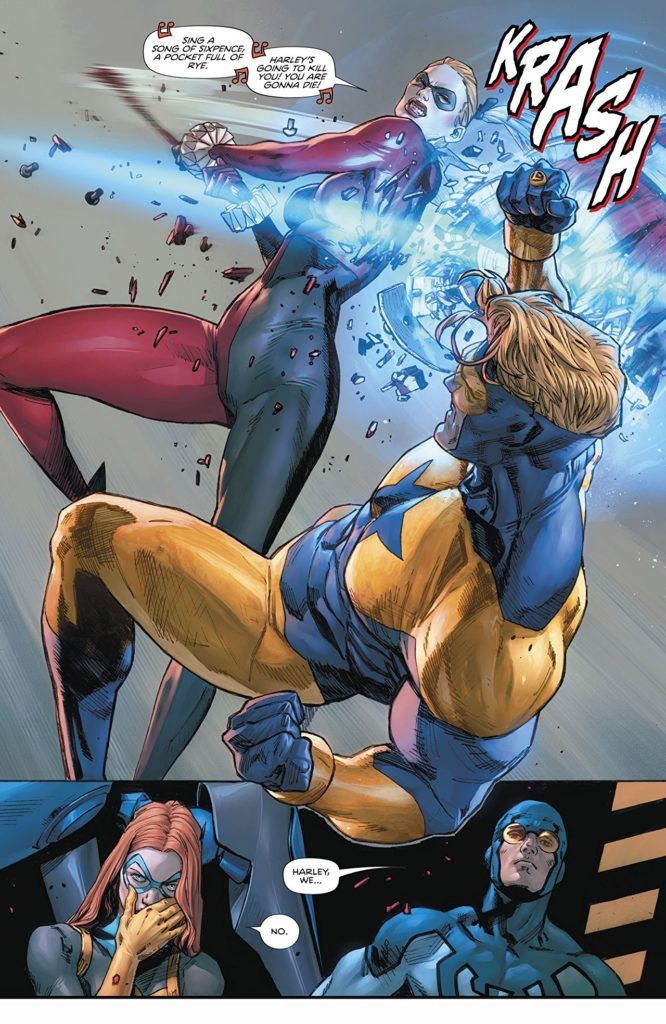 All of the artwork in the issue is wonderful, and the book looks every bit as incredible as previous issues. And there some signature moments of King’s brilliance at distilling characters to wonderfully touching moments: Batgirl and Blue Beetle commiserating over their working relationships with other heroes or Barry Allen desperately searching for answers at top speed. But these moments are surrounded by heroes waxing poetic (literally) and a sparring battle vaguely hinting at the big reveal at the end.

As the antepenultimate issue of the series, Heroes in Crisis #7 remains an event that I appreciate more for the trees than the forest. And I’m more curious than anything to see how the end unfolds.