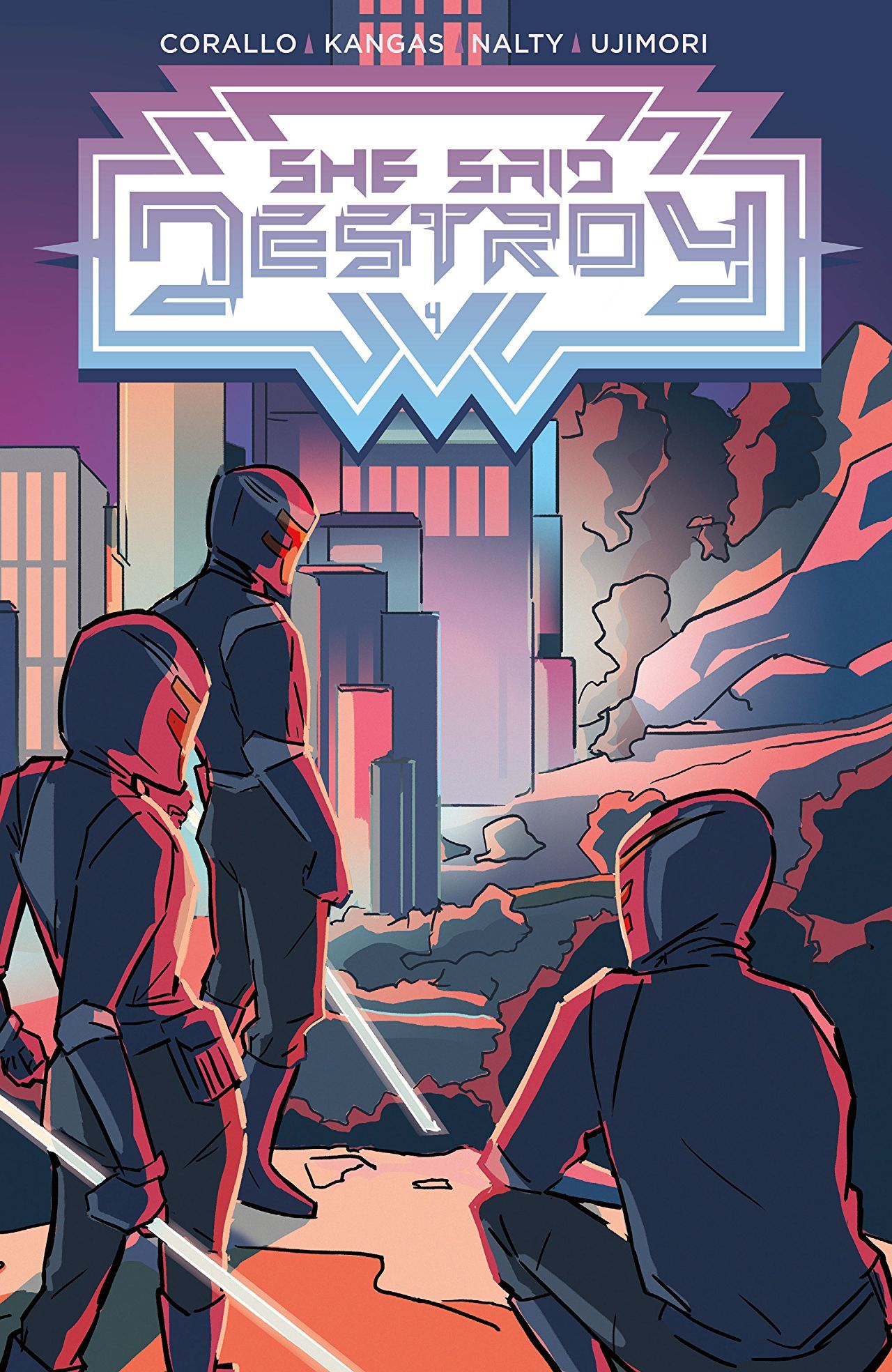 The battle has already started being waged planet side, and the line has been drawn on where the loyalties lay. Brigid is keen not on just an invasion but an annihilation of The Fey. The witches ain’t going out without a fight. With skirmishes going on here and there, there’s a breakdown in communication in the ranks of the coven of The Morrigan. 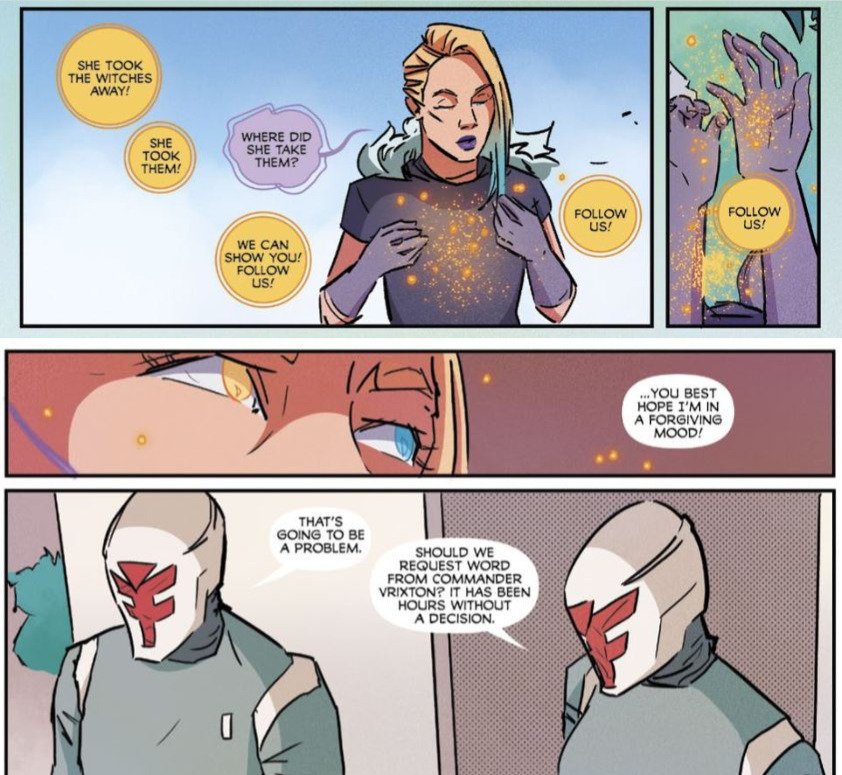 With the art is more consistent, more polished it keeps my eyes focused on the awe of magic and starships and open space and the battle raging that moves past the battlefield, into the hearts of those doing the bidding of their goddesses. The merging of The Morrigan and Brigid and their chosen avatars, Wiona and Vrixton, is an interesting development, and one that I hope pans out in the long run as the writing, while it has some interesting themes to play up–religion, devotion, defining duty and agency-has struggled to keep my attention. What I did like this issue was the focus emphasizing the crumbling of leadership for The Fey’s coven. The line Raul has of “Is Wiona supposed to be our savior or yours?” sparks an interesting moment when challenging the elders comes with expectations, with a question that I, as a reader had.

So with issue four of this series, I’m reading along and thinking about what has been working and what isn’t. What has worked: the initial premise, the coloring and lettering and until last issue, the art has been on point. The visual appeal has been the strongest pull for me as a reader and a reviewer. I adore Kangas’ art style, something that I mentioned as easy on the eyes. Kangas’ art style isn’t super detailed, her lines work well enough for the art to be consistent.

Last issue, I mentioned how the latter half of the issue featured plenty of action scenes that could have used more polish. For this issue, I hate to nitpick covers, but this one is a change up from the bright, candy colored ones we’ve had so far that are on brand with the series. Obviously, I understand that these are the baddies, the foot soldiers of Brigid and what’s happening is reflecting what’s going on, yet it was a design choice that didn’t look right to me. What hasn’t always worked: the writing. Yet with a femme centered story and some unique plot thread, it can still hold weight. This issue fell out of sync, yet still shows promise if the execution comes through. in further issues.