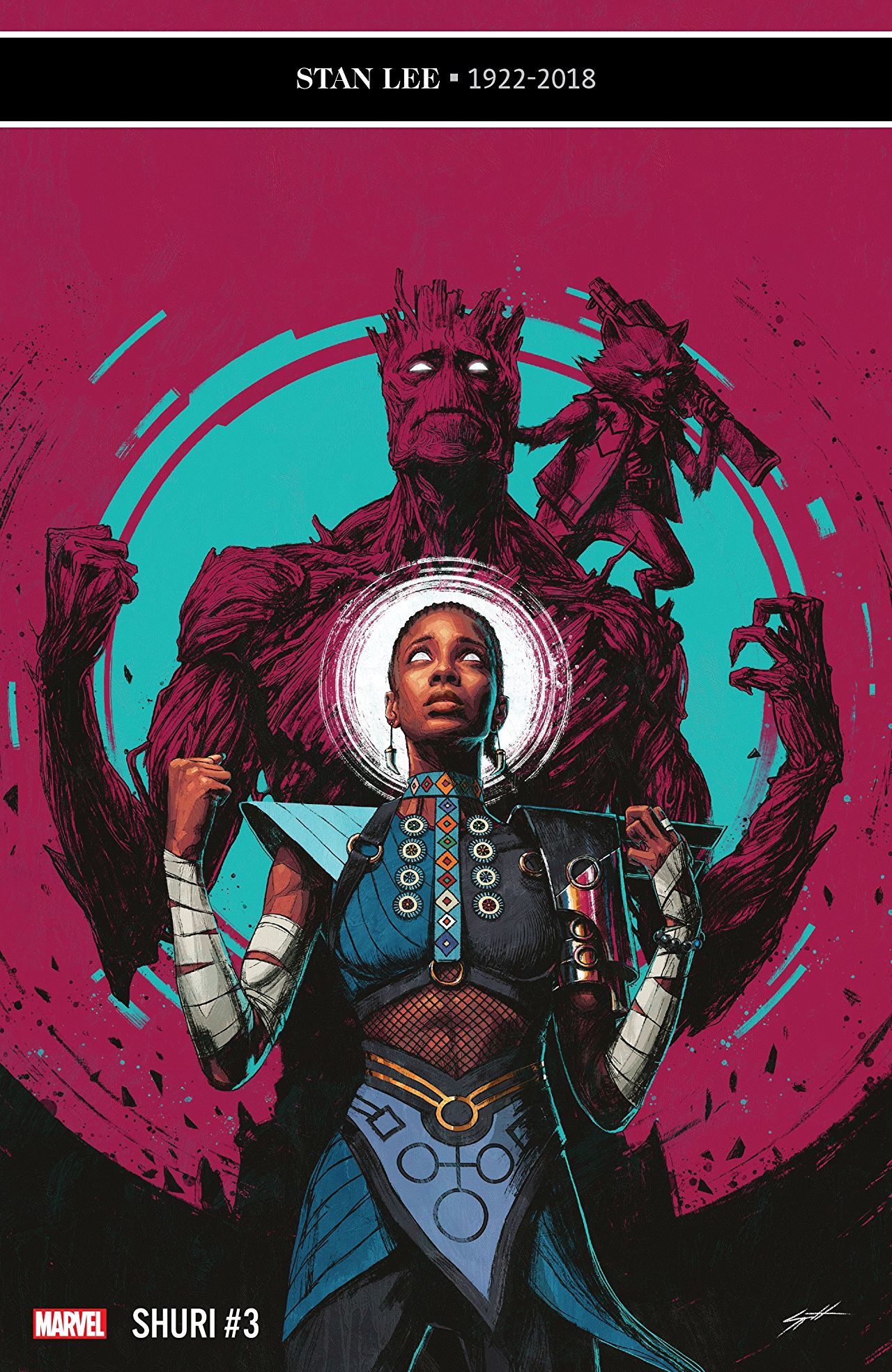 I AM GROOT, MY GUY! Oh man, I’ve been waiting for this. Shuri was astral projected into Groot’s body in search for her brother, I find it interesting that she has to “technically” take on another identity. This arc is beginning to feel more and more like a spiritual awakening. From the first issue, Shuri coming to terms that she will not take up the mantle as The Black Panther again to not be compared to her brother. The second issue a battle between the spiritual side and the logic side. Consistently bickering with the ancestors as they try to show her the privileges of being in tune with her roots. Now, essentially she is embodying both something related to her roots (no pun intended) and her goals. 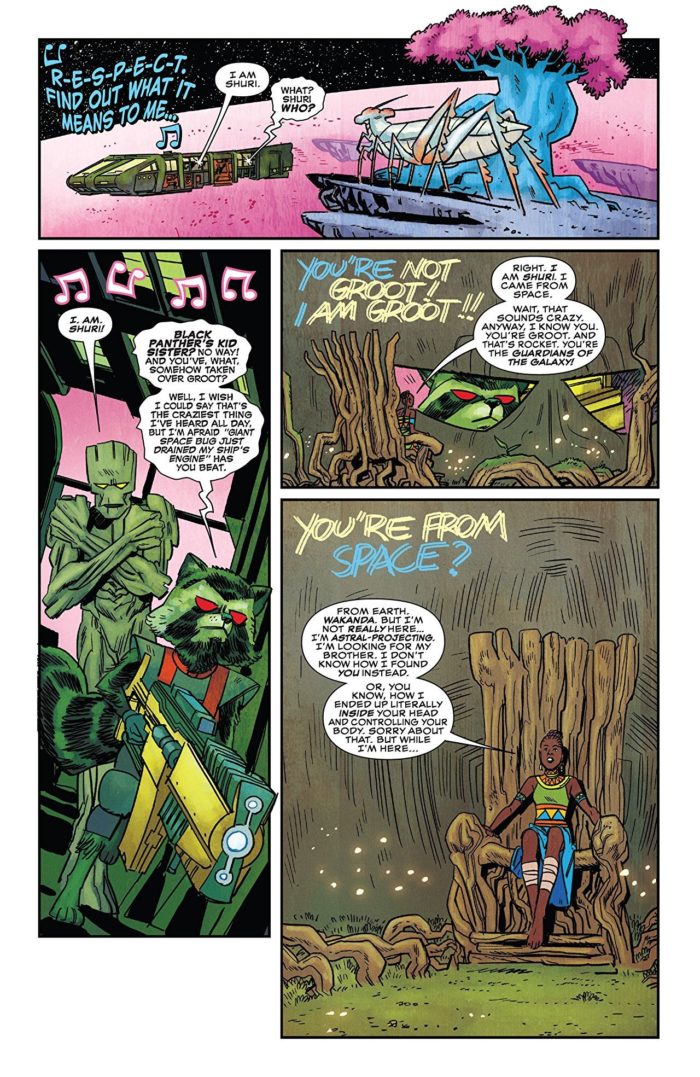 Instead of taking up the mantle of the Black Panther, she is part of the Baobab (relating to the wooden texture of Groot). Shuri needs to learn how to use her mind in spite of this identity merge. The Shuri series is teaching me that understanding spirituality is being open to new roots in change. Okorafor makes me a believer in the merger of STEM and Spiritualism. Okorafor’s continuous use of metaphors to push forward the lesson of unlearning habits not only teaches what it means to be flexible within the paradigms of your own knowledge; but also how we become limited by not analyzing how spirituality and logic can co-exist and are not mutually exclusive.

The interesting part about the artistic showcase of Groot, is that Groot’s majestic stature is heightened with its aura. Groot’s branches sometimes seem overwhelming or develop different personalities. Yet this time, Groot looks like he’s about to take up a Super Saiyan glow. And honestly? I’m down. Posture almost feels well put together like a Pharaoh. Then that’s when it kicked in. Hold on. Though Shuri is not taking up the mantle of Black Panther, is Groot’s defined characteristics meant to serve as a symbolism of royalty? Think about it. Shuri was projected (ascended) into another creature. (Shuri initially denied the wish for her to take up the BP mantle from her elders). Therefore the ancestors projected her into another creature who has to be “ingrained” in their strength, posture, purpose. Plus, Black folks historical relationships to trees? Y’all I might be reaching, but you know I’m not.

Leonardo took the opportunity to add on to layers that Okorafor already had by using the angles and movement of characters as a spiritual stepping stone. I admit that at first, I was trying to figure out how Groot plays a role in this other than obvious comedy and amazement. As trees have layers so do the branches that grow from it. The Okorafor-Romero team took the trials of our beloved STEM hero and gave her challenges that cannot be simply solved with a teaspoon of Vibranium. I hope to see in future issues how the ancestors perceive her ability to be flexible within the realms of another creature. Out of body experiences require you to be in tune with your senses as well as the other creature I assume. It is only a matter of time.

Reading title of comic? Find BNP’s other reviews of the series here