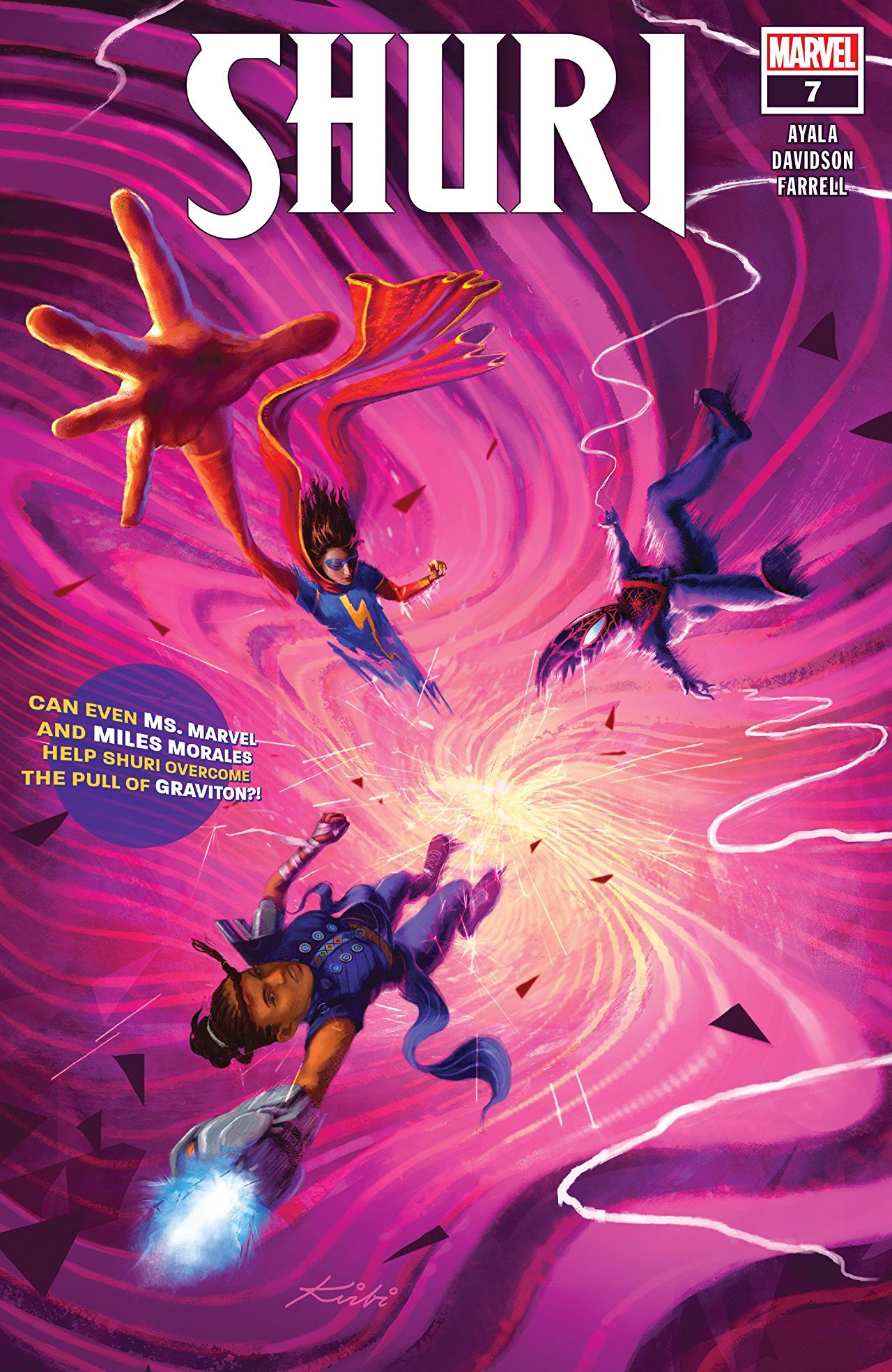 Thrown Into a Web of Nuances

What I love about this comic is that we get to see some of that no powers attached struggle. Just raw reality and survival. What happens when your family is in turmoil and you have no super gadget attached to your utility belt? This issue of Shuri goes beyond what superheroes and super geniuses are capable of. It steps into the realm of capitalism and its dangers on the psyche. Granted I’ve seen this story done many times before. A smart kid goes through some familial issues, and the heroes come to save the day from him and another “true villain”. (The true villain here should be capitalism, but I digress). I’m happy that the team was willing to address actual societal issues that interrupt our “normal” lives. Shuri, Ms Marvel and Spidey (Miles Morales) teaches readers a lesson on mercy and societal pressures. 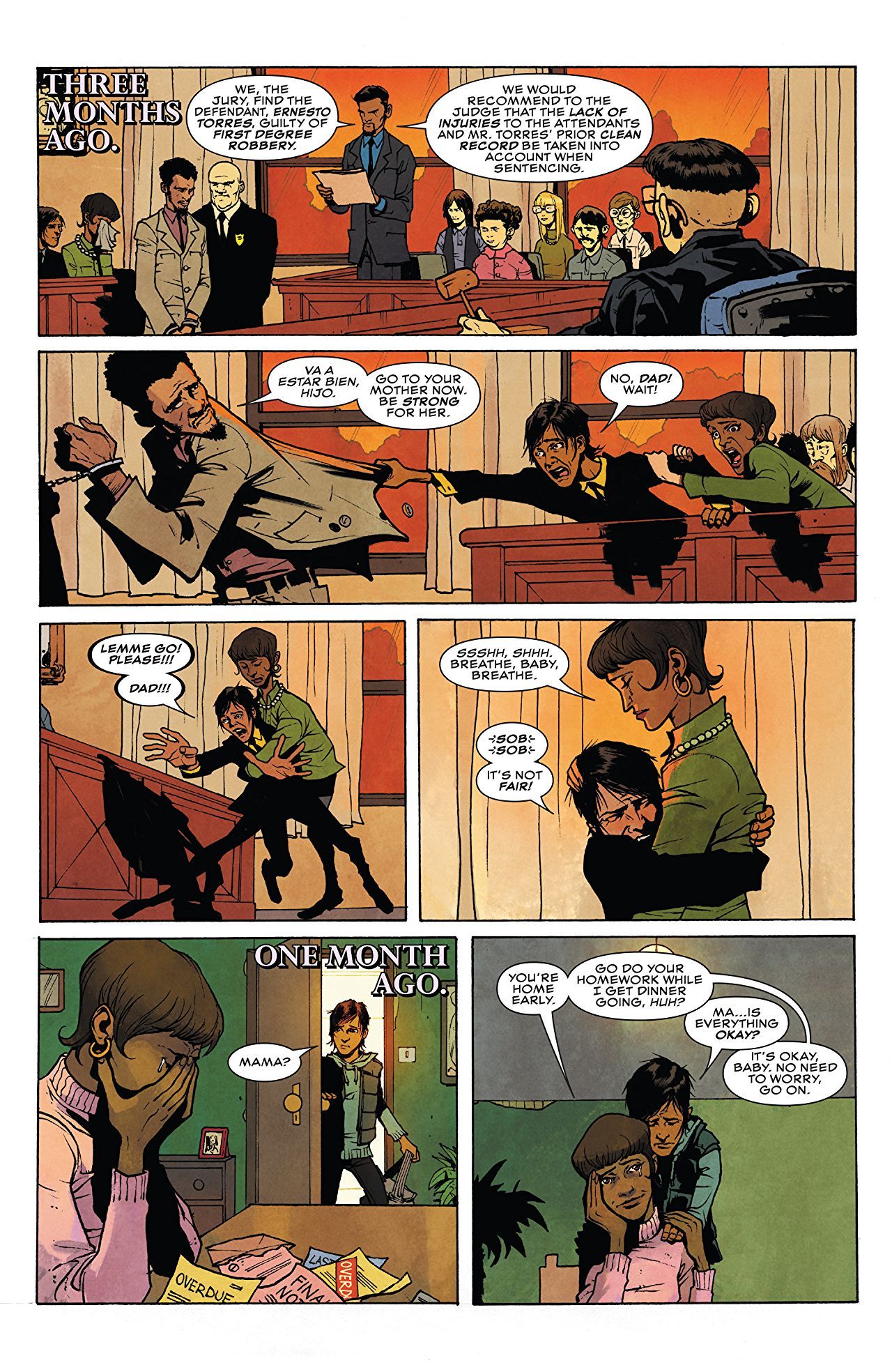 Genius Squad On The Job

The thing that I love about super hero collaborations is that we get to see how their elements contrast and cradle one another to victory. Don’t you love it when they do that dope thing? People of color binding together to do the ass kicking? Shuri #7 is filled with such, which I would say is inspirational to say the least. We don’t see that token hero that everyone doubted until the last minute. We don’t see a hero being “less of a hero” to uplift another. Readers genuinely see Ms Marvel, Shuri and Miles working hand in hand with our focal character in this issue, Augustin. I appreciate that Shuri #7 does not allow one character to be undermined, but instead we allow each specialty to come forward and balance.

Not only was the narrative important and the set goals of the characters but the breath of fresh air from the art was amazing too. What I love about Davidson’s approach to our beloved heroes is that we get to see facial reactions and movements as a cohesive entity. As much as I loved the hieroglyphic approach to the first couple of arcs of the Shuri comic, at times it made certain movements robotic. Granted its definitive nature was a sight to behold, but I enjoyed the shadowing and hatches in different sections that I did not get as much in previous issues. 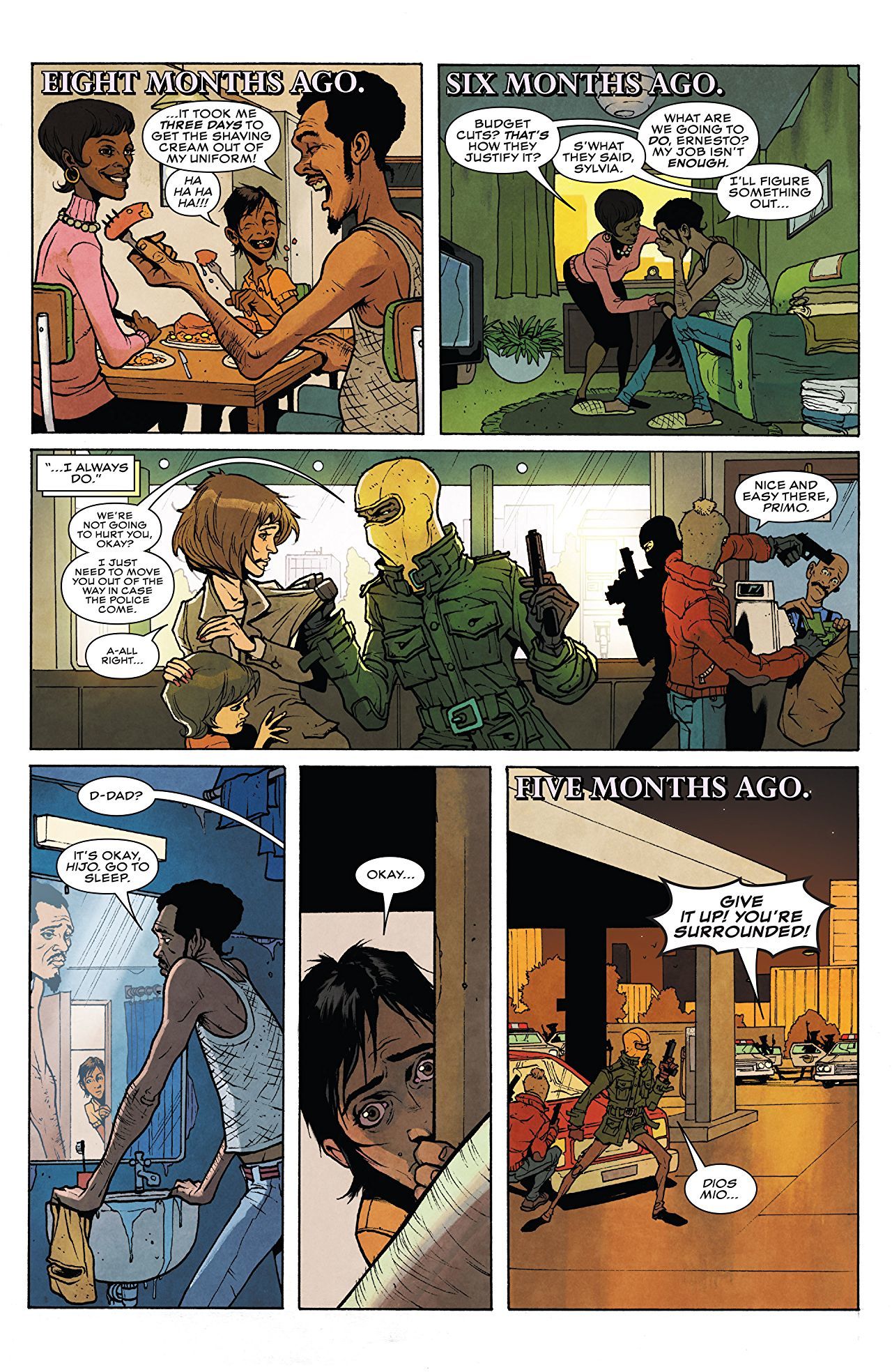 What I hope for in the future of this series is the inclusion of tender moments like this. Beyond Shuri’s super genius abilities and her ideologies surrounding around the Black Panther mantle. I enjoyed the personable moments that this issue had. How Shuri related to them and reached out in spite of her clear prowess. What folks often forget about our heroes is that we often don’t give them the capacity to make mistakes. What will be Shuri’s greatest mistakes in the next arc?