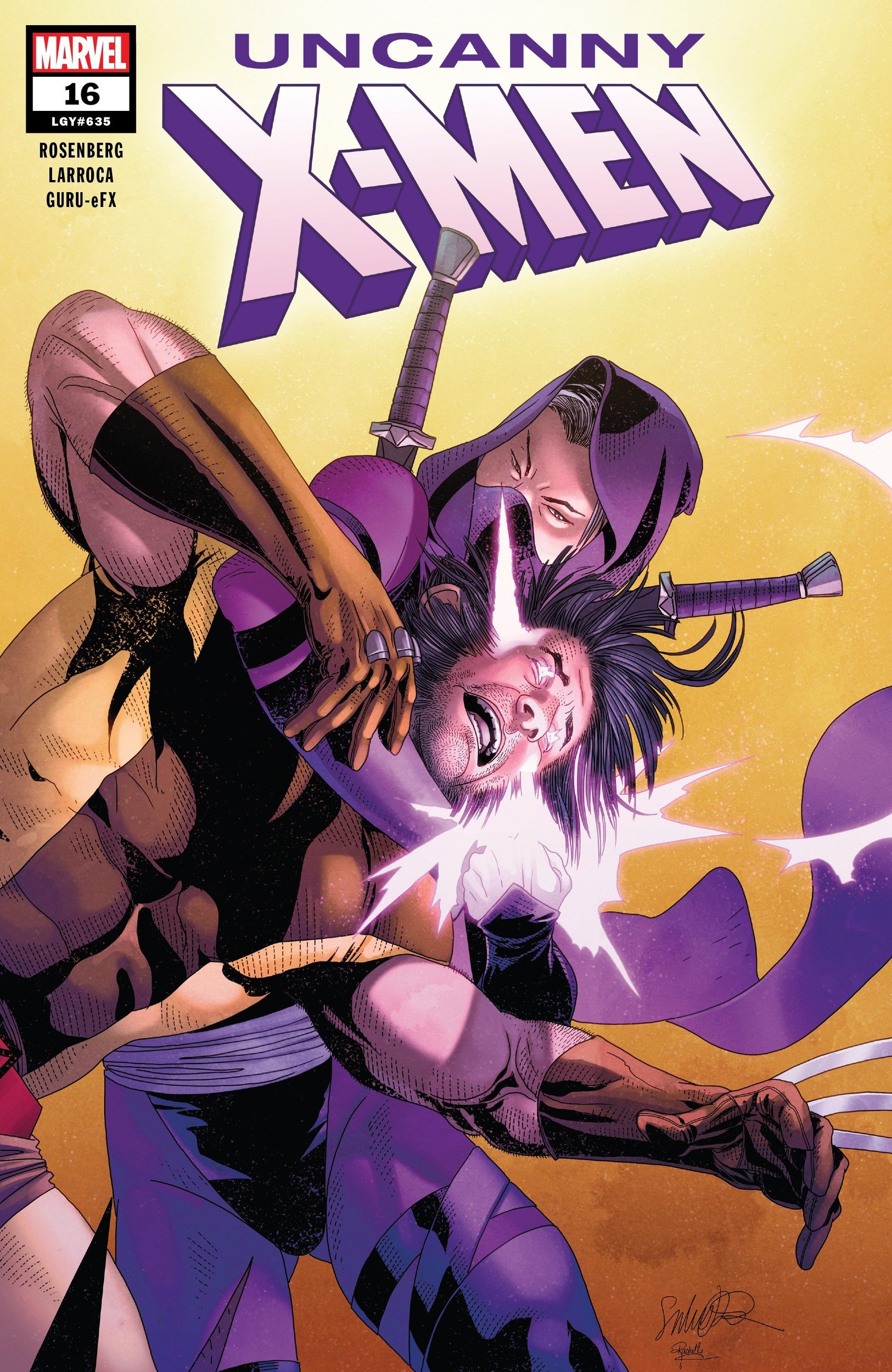 The darkest of days for the X-Men grow bleaker by the moment. In Part Six of the “This is Forever” story arc in the relaunched flagship title, several major shifts in team dynamics push the X-Men to the forefront of a war that was once complex, but now boils down to “us vs. them” in the name of survival. Uncanny X-Men #16 sits amongst the best issues of the post “Disassembled” with some teeth-clenching twists forebode only more brutal and desperate times ahead.

In the opening pages, Cyclops keeps his promise to Captain America and delivers the Mutant Liberation Front members apprehended in the X-Men’s previous mission to stop an assassination. While they failed to stop the assassination, they also took on two prisoners (Banshee and Hope Summers) who they refuse to turn over to the government to potentially experiment on them.  Even when Cap press Cyclops about this, he stands firm and lets him know what time it is – ‘mutants first.” With clearly dwindled ranks and shaky foundation, Cyclops knows that change is needed for the X-Men to survive whatever is to come.  At the objections of his brother Havok and Logan, Cyclops dissolves his leadership of the X-Men and essentially turns the patchwork team into a committee – one vote for every mutant.

The results of the first vote release Banshee and Hope from being prisoners and back to the ranks of the X-Men as they make their way down Cyke’s “Hit List.” The next target on their list is the reformed Brotherhood with all the usual suspects, but the X-Men quickly realize something is wrong.  From here  one huge twists leads to another as Kwannon (the Japanese assassin whose body was once inhabited Betsy Braddock) shows up like a silent deadly wind and literally takes someone’s head with her. The X-Men are not in bedtime story mode anymore. The streets ain’t safe . . .not even for those who choose walk away. 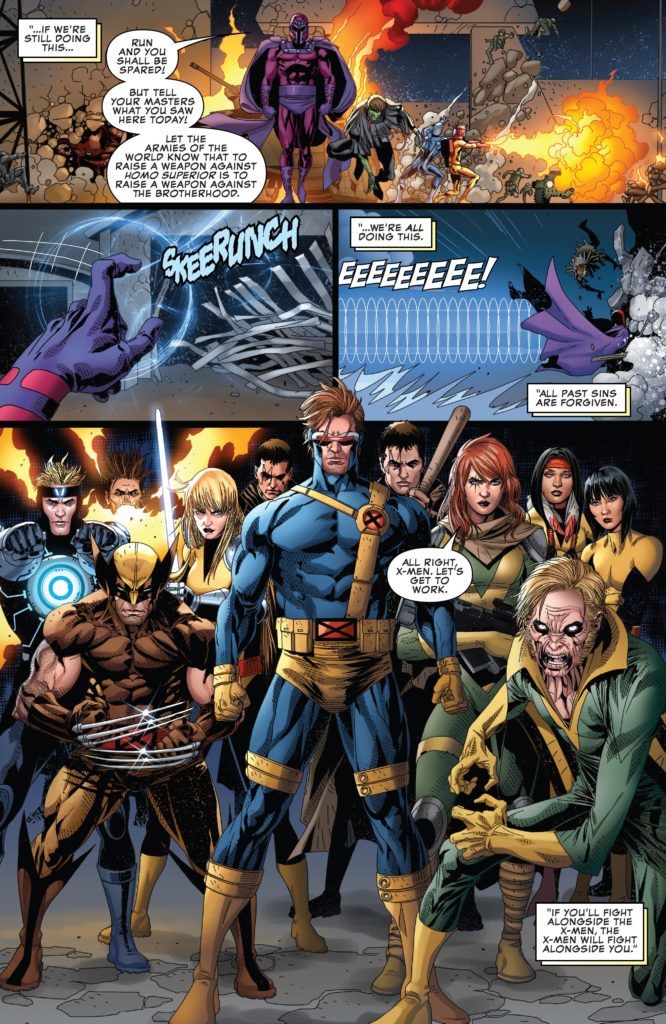 . . .when has humanity even needed a reason to hate…?

Hands down, the latest X-Men arc brings some of the most damaging, shocking and emotional moments since the Grant Morrison run.  Arguably only a handful of storylines (“A vs. X,” “The Messiah War,” Bachalo/Bendis Uncanny) displayed any sense of palpable urgency both in the personal stakes of the X-Men themselves, but also that of the story world at large.  In the aftermath of the “Disassembled” storyline, X-scribe Rosenberg is putting the last X-Men through hell at every turn.  Last issue, Cyclops lost at eye after being shot by his own grand daugther. I guess they got past that? At this point, the team is almost directionless and desperate to forge a new path because Xavier’s dream of old does not apply in this new world.

With their numbers diminished to the point of insignificance, the divisions between mutant factions narrows by the day.  One time X-Force member Random is a member of the Brotherhood, Hope and Banshee are still technically, but only one issue prior they helped completed an assassination with the Mutant Liberation Front.  The current X-Men lineup?  Wanted terrorists. Government fugitives. Murder suspects. “Witches.” Annnd Multiple Man. He may have dissolved his leadership, but Cyclops is not without a plan. he knows that the worst is yet to come and the only way to survive is to circle the wagons with any and all mutants willing to join.

The feeling is captured best in the opening scene as Cyclops gives Captain America the realest answer that any marginalized individual could give to a man wearing a country’s flag as his costume.  This moment alone captures the nuances of rebellion and wokeness that lives in the lifeblood of the X-Men.

Another major cliffhanger and two character deaths in the last pages drop like an Atomic Bomb. Billed as the the “last X-Men” story, one can only imagine in what state the X-Men will re-emerge by the time summer rolls around.  Every issue drops a heavier note than the last and more deaths are bound to come. Just when you thought only clones and C-list mutants were easy targets, a fan-favorite X-Woman loses her life.  In these dark days for mutantkind, Cyclops’ quest to ensure the end of the X-Men means something may end up being the suicide pact they all feared.