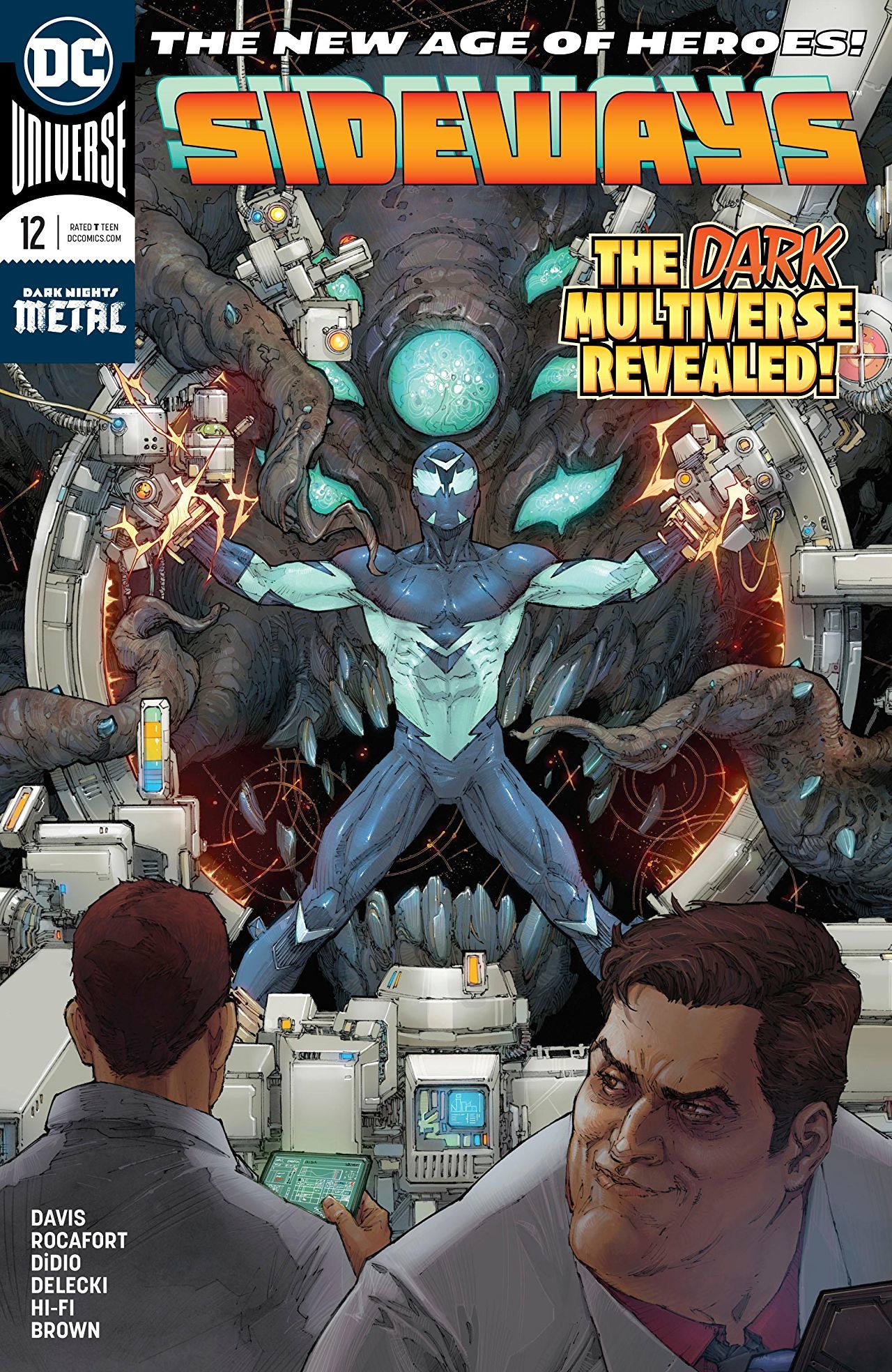 Sideways is back with an exciting issue that inducts Derek into the prestigious club of heroes who can’t keep their identity a secret. Honestly, the more I think about it, it’s not really Derek’s fault. His identity was technically compromised the moment he got his powers. However, I miss the tension of secret identities. They are not treated with the urgency they once were in comic books.

Anyway, we left off the last issue with Derek in the hands of Dominus, followed by Dark Star Sciences blowing up. On the heels of that explosive cliffhanger, Derek lays out exactly what led to that moment. The more I read Sideways, the more I grow interested in what his future is in the DC Universe. This issue more than anything displays how dangerous and powerful his abilities are. I mean, when you have almost unlimited access to the Multiverse and Dark Multiverse, you’re going to attract more important figures than just Dominus and her goons. 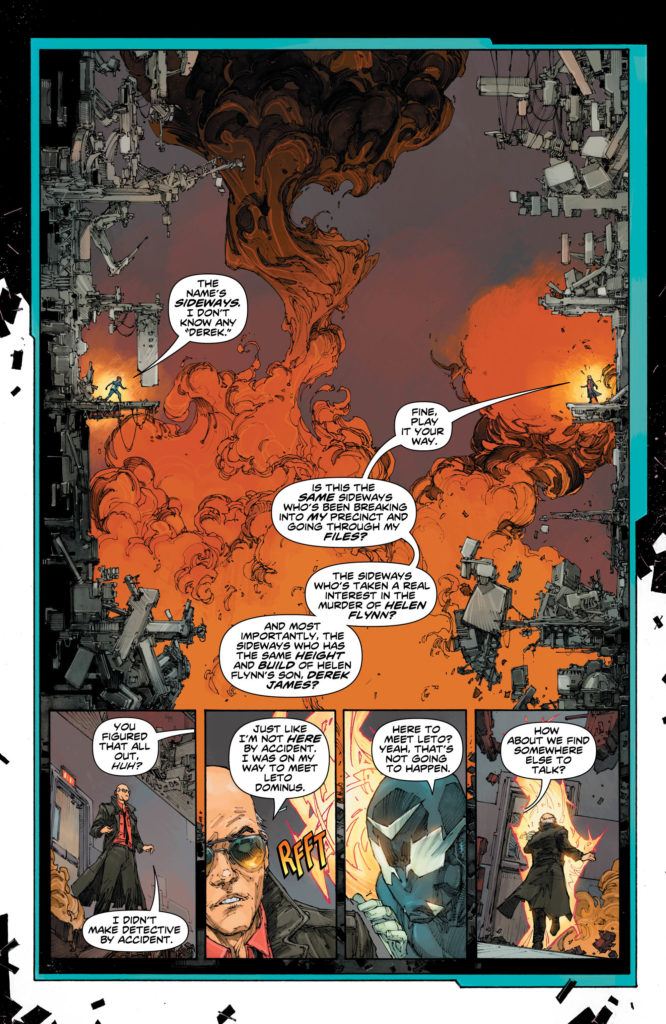 There’s a lot of moving parts and revelations in this issue, especially for Derek. The story jumps back and forth between the present and the moments leading up to it. Dan Didio moves the story pretty well, so it’s never too confusing. It’s fun to watch Derek navigate through all the chaos unfolding before him. The art is also on point and fascinating to watch as various Dark Multiverse creatures emerge from the cracks of Derek’s rift while one chaotic moment moves to the next.

In a way, I feel like the team behind Sideways was able to merge many of the different tones that they were approaching in previous issues. It’s good to see those tones collide into one cohesive story. I had my reservations before about the way the book would switch from one type of tale to the next, but at this point that’s just the nature of how the story is told. It’s also the way Derek’s life operates. So, it works. There is a lot to look forward to with Sideways as Derek’s life gets a bit more complicated and plenty of questions are raised.

8.5 Interdimensional Assists out of 10