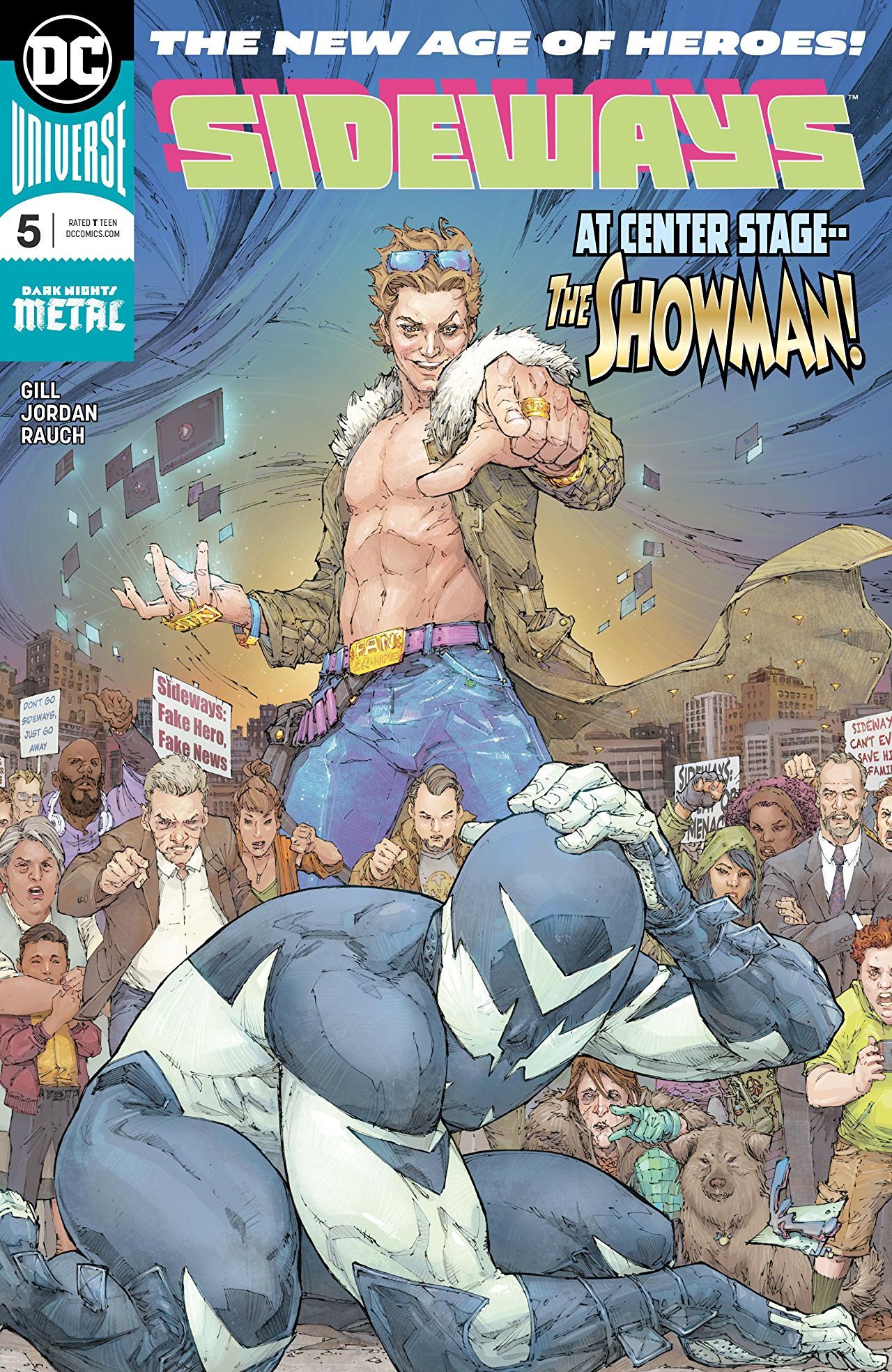 Finally! After Derek’s disastrous team up with Hotspot in the fight against Replicant, we start to see the young hero realize the stakes at hand. Better yet, in Sideways #5, we see him start to move past his selfish desire to be famous and wealthy and move towards being a hero for more altruistic reasons. Honesty, with everything he has gone through since getting his powers and deciding to run around as Sideways, it had to happen sooner or later.

So far, every villain Derek has faced as Sideways has either ended up dead or worse for wear because of his inexperience. What’s interesting to see is that these battles have had a profound effect on Derek’s mental state. With that on his mind, the return of Tempus Fuginaut, and a really douchey villain calling him out, it has been a really tough week. 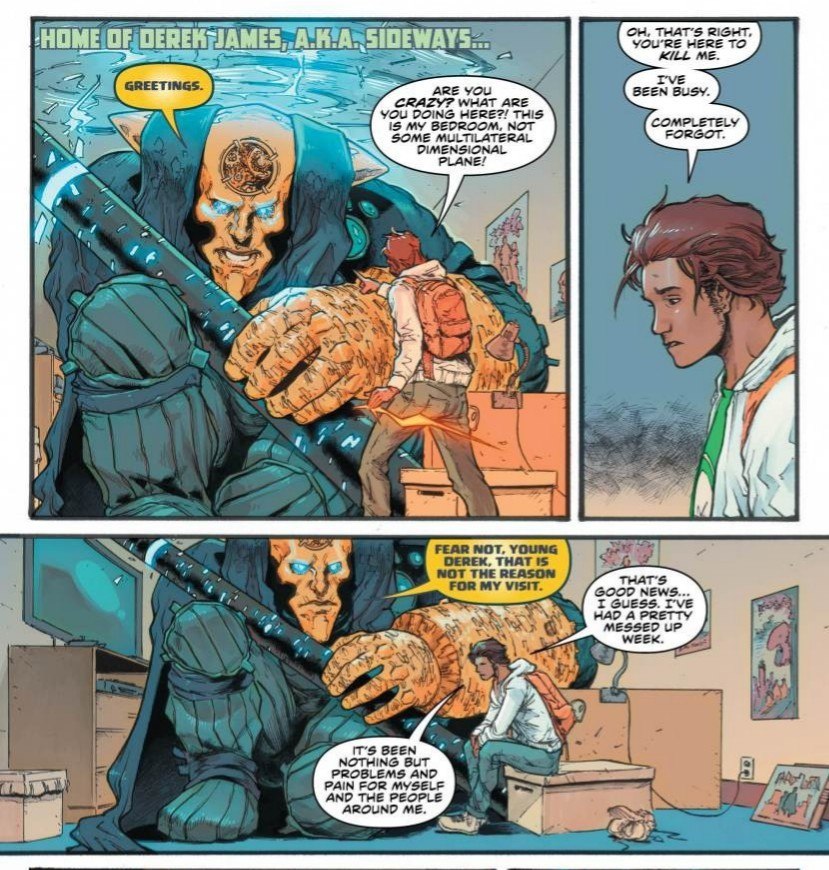 Luckily, he has his best friend Ernie on his side. She has easily become one of my favorite characters, who has constantly got Derek’s back. From creating his superhero costume to saving his ass when he is in a jam, Ernie always seems to comes through in a clutch. One common thread that I’ve noticed with her character is that she is the voice of reason, especially when it comes to Derek’s more cavalier attitude towards his antics. Without her, it’s hard to see Derek evolve as a hero. 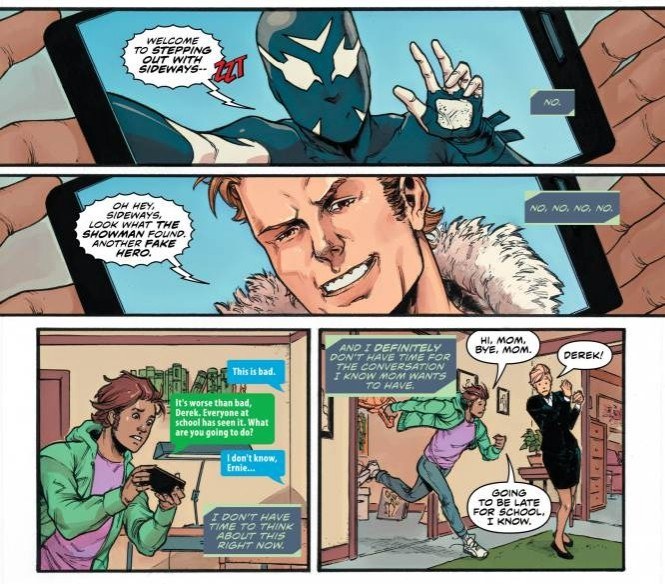 Art duties are handled this time by Robert Gill whose art style is similar to Rocafort’s just without the terrible sleepy eye effect. That works in his favor as he makes the characters look more expressive. However, the area that it lacks is replicating the visual style of Sideway’s powers. There is just something about the way that Rockafort draws the rifts that I really missed in this issue.

That aside, we have a pretty strong issue. Sure, the villain of the week is nothing to cry home about, but he serves his purpose narratively. Sideways is easily becoming a great addition to the DC Universe. With hints of a greater destiny at hand and a shocking ending, it looks like we’ve got some good stuff coming.

9 Powerful Thirst of out 10