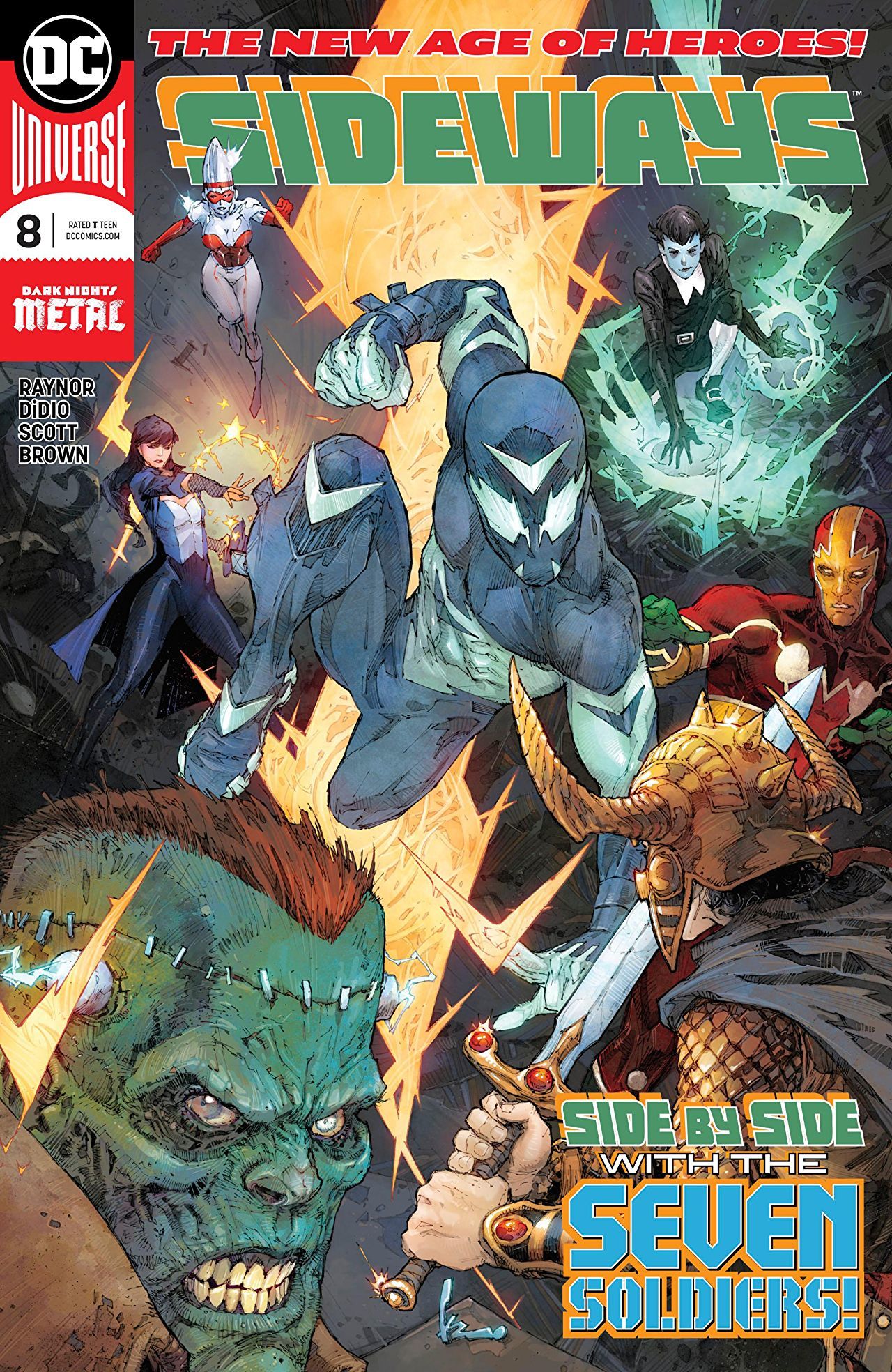 In the midst of tragedy, Derek James tries to cope with adventure — it doesn’t work. Derek’s team up with the Seven Soldiers gets off to a rough start. His powers are broken and the team is stuck in the hellish nightmare that is the Dark Multiverse.

It’s really cool to see Sideways start to explore Derek’s connection to the Dark Multiverse. The concept of the Dark Multiverse is one of the best things to come out of Dark Nights: Metal. Seeing our young hero thrown into its chaotic world is definitely an experience. Sideways is a series primed for several multiversal adventures and it’s great to see the writers finally tap into that aspect of the character. 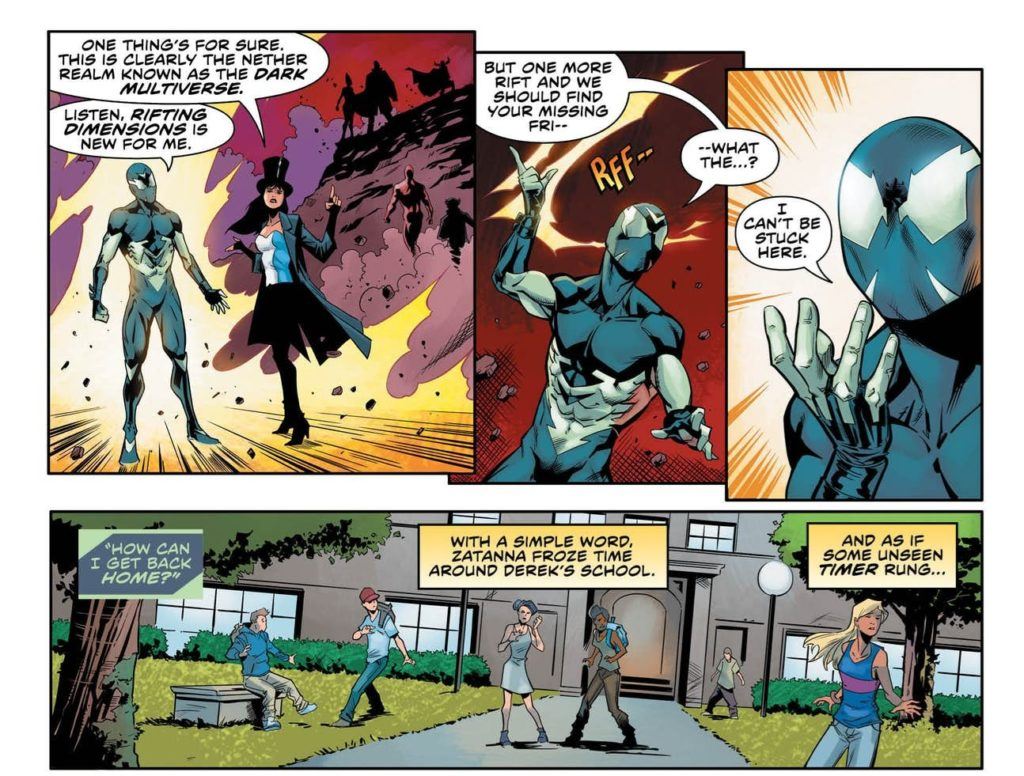 Immediately, you’ll notice that Derek hasn’t had the best of luck lately. Between his mom’s death and now being stuck in a Multiverse full of worlds that are constantly dying and being reborn has to suck. To top it all off, he’s surrounded by a bunch of heroes on edge because of their missing team member and the return of a deadly villain.

When things start to get hectic, we don’t see much from Derek. However, Zatanna, Klarion, and the rest of the crew get to show off what they can do in a battle that honestly looks like it’s out of a horror movie. Raynor and Scott draw a great warzone filled with grotesque giant bugs and heroes fighting for their lives. Why is it that every time heroes come up against the Dark Multiverse, it looks like they’re about to meet their end? 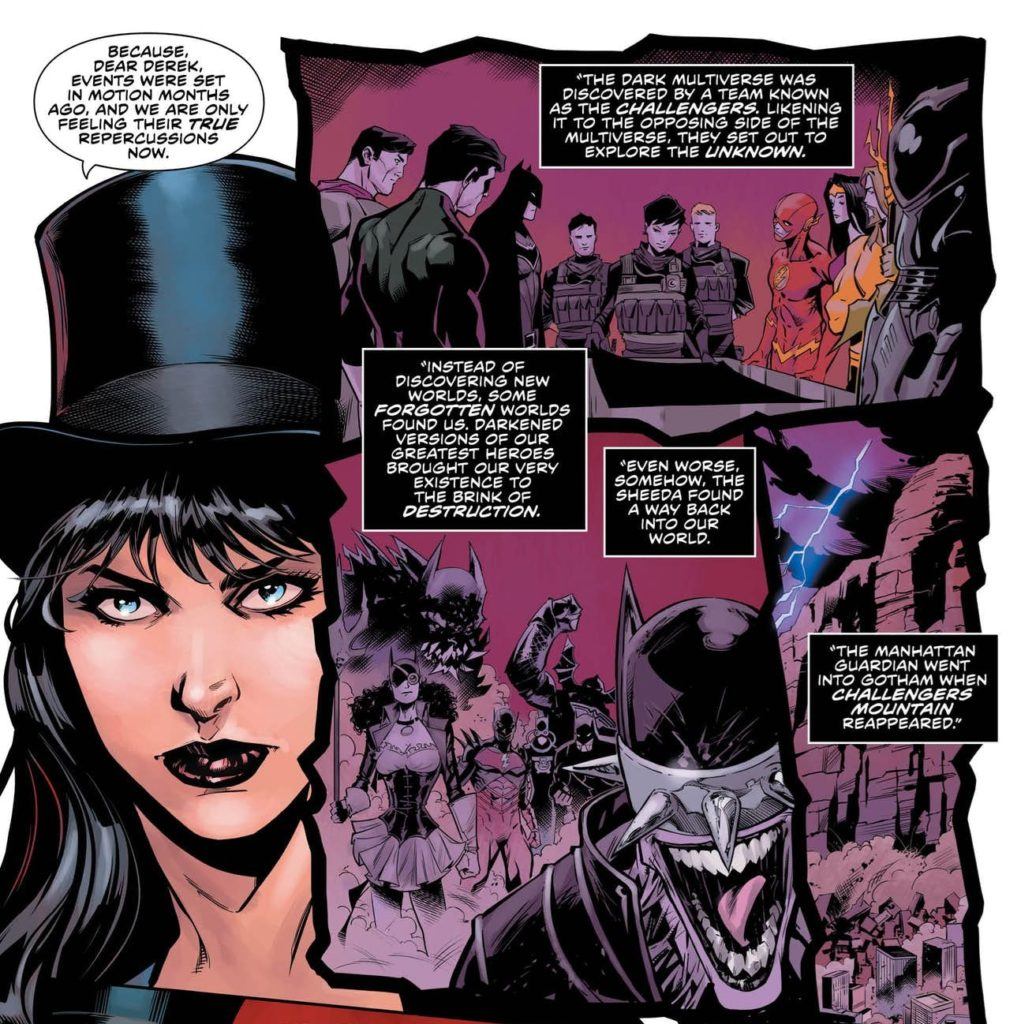 You can see that Derek is desperately trying to use this opportunity to focus on anything other than his mother’s death or his guilt. With his powers not working, it ends up backfiring and further killing his morale. Seeing him dive into being a hero is commendable. At least the kid is trying to push himself towards something positive.

Sideways has a tendency to switch gears a lot. It can be hard to keep track of what kind of story Didio is going to give you next. While I do wish that he would stick to one story at a time, the detour into the Dark Multiverse is a weird and enjoyable one.

8 Talking Ants Dressed as Superman out of 10