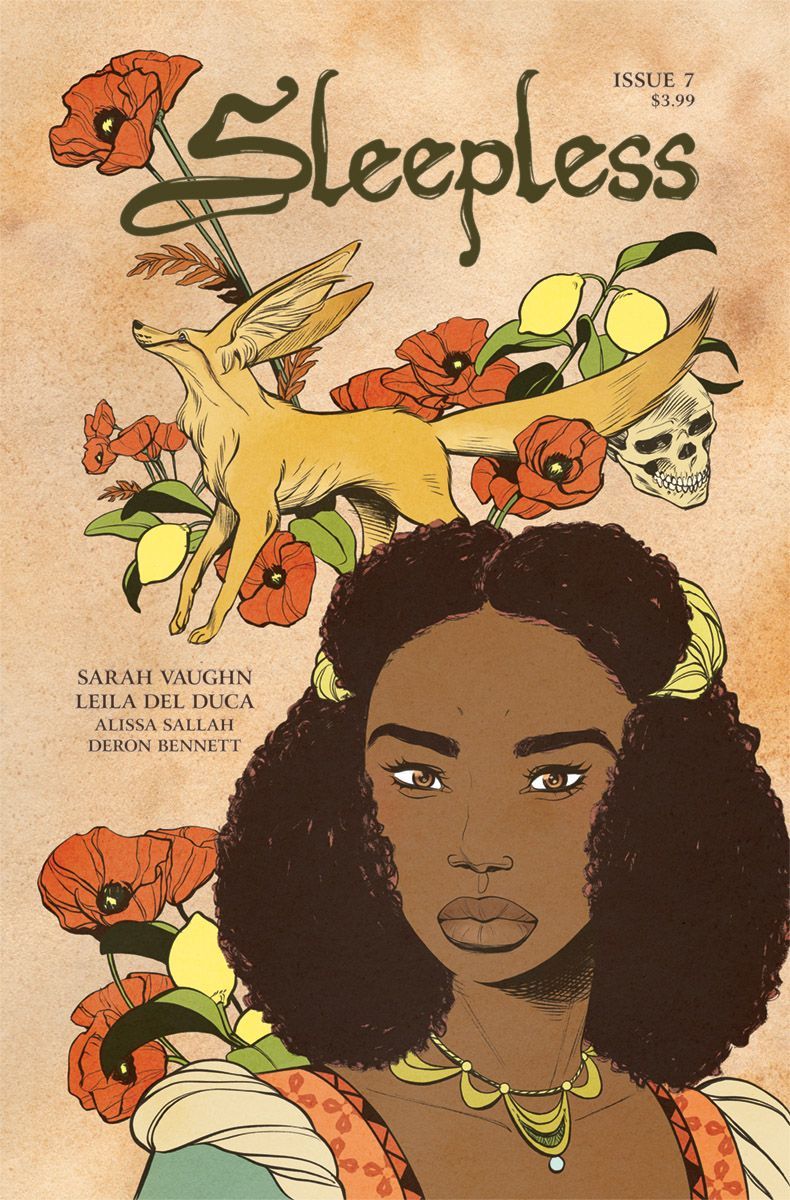 Sleepless returns to us with a time skip of a year or so since the events of Issue #6. Remember Cyrenic, the wondrous sleepless knight, has fallen into a slumber leaving Poppy unprotected. Worst timing is the worst, as the two were in the midst of trying to be one step ahead of who ever was plotting to take Poppy’s life. Both are desperate to survive the delicate and deadly dance of court life.

This issue welcomes us with the familiar image of Poppy at her father’s tomb. There is a closeup of the eyes of his tomb marker and hers as well. It’s a hauntingly beautiful way to reintroduce us to the subtle storytelling the creative team employs to give us the deeper meanings present in this work. We first met our heroine with her knight, a member of an order who vow to not slumber. The Sleepless uphold oaths that prevent them from aging in return for service lasting decades. Yet the implicit meaning of this book is about anyone who strives to always be vigilant, perhaps on the edge of constant anxiety. That kind of hyper-vigilance can lead to weakness that spells your end. This is what our main characters our princess and the knight of hers, seem to be attempting, and failing at. 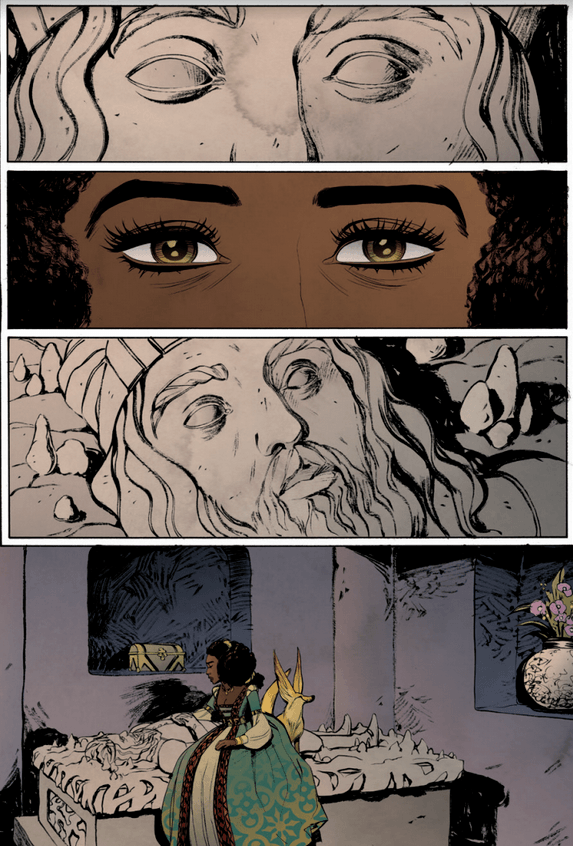 We catch up to what Poppy has been doing: she’s switched up her routine. She does not just visit her father’s tomb but now we see her visiting another body, another man dead to the world but not quite dead: CYRENIC! *sobs*

Our first clue of the time jump is Cyrenic’s membership in the #NoShaveNovember club as he slumbers away. It’s a touching scene. Poppy never stopped looking in after him. She trusts the oath he made to her, no matter the circumstances that she doesn’t fully understand. I loved that she has never been written off as a damsel in distress–never as a princess in a castle (or another castle) and the strength of the writing by Vaughn has given us a character I really root and hope for. Poppy doesn’t sit around waiting for anyone to save her. Seeing women with agency written by women means the world for me. Poppy is rebelling and surviving on her with Cy away. Our girl is a trooper, a warrior with words, a survivor. 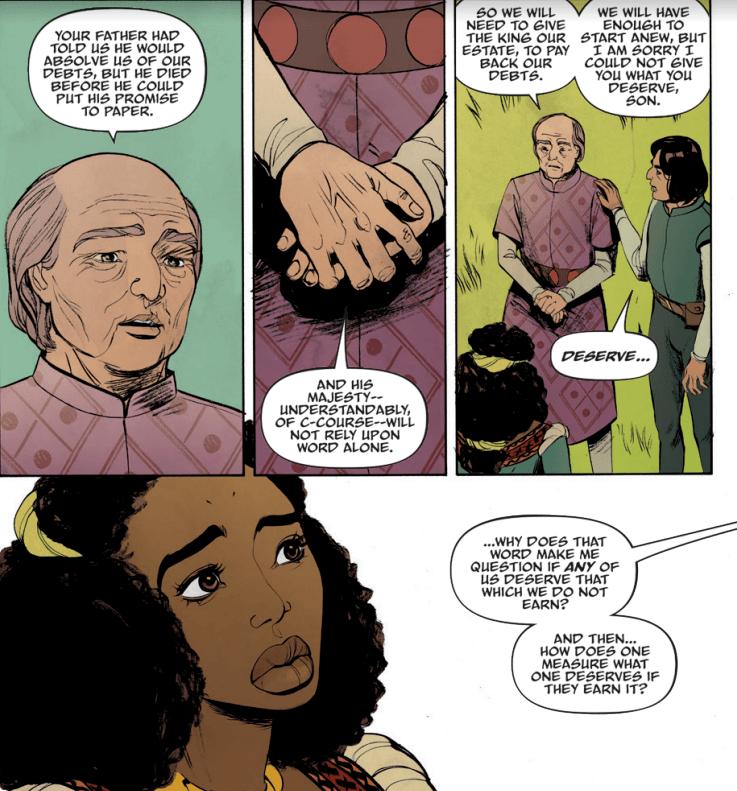 Del Duca is still painting a masterpiece on the pages, and I’m still appreciating everything I see from Poppy’s gowns to Rellen’s embroidery to the many places outside the palace. I appreciate the attention to detail in even the smallest regards. Seeing the closeup of Poppy kissing the death mask of her father’s tomb, the intricate patterns of her dress, the texture of her hair and the rings on her fingers is lovely. Looking at the jowls and wrinkles–the look of age on the elderly man (see image above) is a snap shot of all the different types of people present in this world. (Also: the political intrigue of that scene — Someone has been trying to take out Poppy yet there are those who are unahppy with the new King’s rule…)

The friendship between Poppy and Rellen has grown as the king has assigned Poppy to be one of Rellen’s ladies-in-waiting. The young ladies are better in each other’s company now that they are on the same page — Poppy confirmed that Rellen had nothing to do with the attempts on her life and Poppy proved to be trustworthy. The two have found some common ground and while it is good for Poppy to have an ally in the palace where she has few — she realizes she is running out of time. This issue ends on a cliff hanger that had me screaming (Sorry Neighbors!). I’m hyped to see the series come back from break!