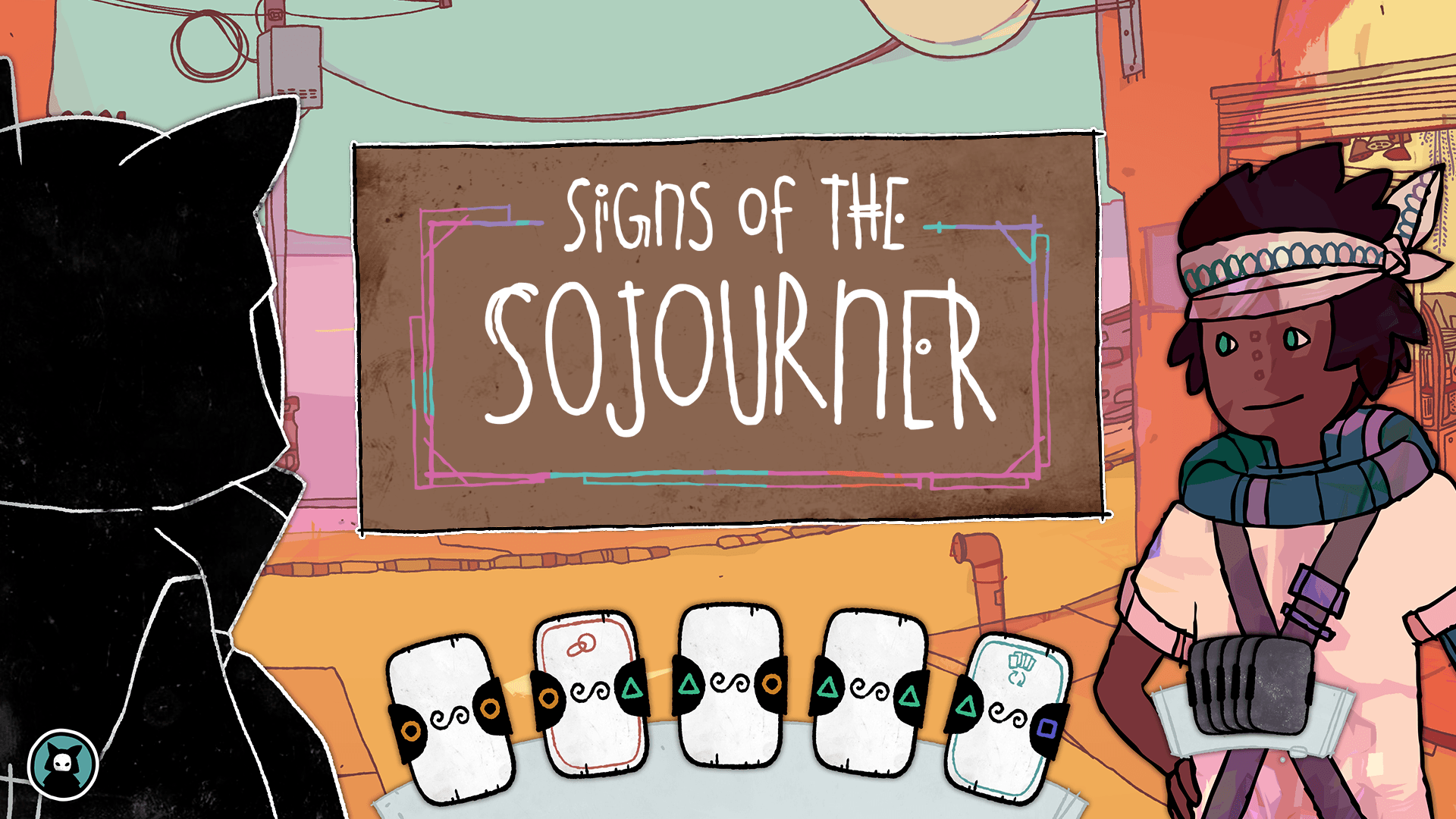 A wise old man once said, “Only a game designed by nerds would have charisma as a fantasy power.” Grunkle Stan from Gravity Falls wasn’t wrong, but who wouldn’t want that ability? It’s a feeling scattered through moments big and small in our lives, when saying the right thing would have meant everything. Talking past or at someone instead of with them is much more common in reality.

The appeal of games that offer dialogue participation is that fantasy of having ever-present charisma. Give or take reloading a previous save, there’s almost always an option for the right words said the right way. Unfortunately, this tends to turn conversations into transactions. So when a game like Signs of the Sojourner pushes against the pass/fail binary of talking in video games, what is it trying to say?

The first of Signs of the Sojourner’s many exchanges places the player in the role of a cat-eared kid tasked with that childhood rite-of-passage: to convince a friend to get in trouble with them. When the situation gets heated, the protagonist’s mother steps in to mediate. All this is expressed through the game’s primary mechanic. By alternately laying down cards, the player is dynamically positioned as a collaborator in the conversation.

Each card has symbols on its left and right edges representing the ‘tone’ of the talk. Empathetic circles, logical triangles, and other icons must be matched from left to right to complete a successful stage in the dialogue. Once enough stages have been successfully completed, both characters come away from the conversation satisfied. A mismatched set isn’t the end of the world, either.

Even if all the conversational stages are failed, you may yet get a chance to make things right in a future conversation. Signs of the Sojourner knows that the real challenge is carrying on after words fail. As if to prove this, the next moment after the tutorial is a flash forward to the present-day of the player character’s adulthood. The protagonist’s mother has recently passed, leaving the management of the family business behind.

Said family business was Mom journeying to nearby towns and trading for merchandise. Stocking these goods in the store she ran whenever she was home was the only thing that kept the player’s small hometown of Bartow on the map. Now, that’s the player’s responsibility. Supplying the shop adds urgency to every exchange in the game, and make no mistake — success or fail, there are exchanges being made in every conversation.

Cards may seem a limited resource to encapsulate communication, but Signs of the Sojourner very cleverly turns this into a double-edged sword. Talking to someone requires you forfeit a card from your finite deck to swap with one of theirs. Clinging to your old cards means losing out on connections you need to keep your hometown alive. Too many new cards, and you’ll struggle to talk to the folks back home who you’re trying to save.

Real Millennial Vibes: Having to Set a Calendar Countdown to Potential Eviction

Other variables complicate this in fascinating ways. Some cards come with skills of their own. Abilities like ‘Reconsider’, ‘Clarify’, and ‘Chatter’ allow for altering or anticipating upcoming plays. ‘Fatigue’ cards can build up in the player’s deck the longer they’re out on the road. By not matching up to any card, these recreate the sensation of simply being too tired to make sense when you open your mouth.

All this is to say nothing of the random events that can happen during a given playthrough. The road to saving your mother’s memory has endings as varied as stoically going down with her hometown or getting out while the getting’s good. Everything you do seems to have unforeseen consequences. The seeming lack of control may frustrate some, but personally speaking, I’ve never played a game that I’ve enjoyed being bad at more than Signs of the Sojourner.

You can play Signs of the Sojourner on Switch or Steam.

Check out our other video game reviews here.

8.3 Out Of 10 Unplanned Roadside Stops