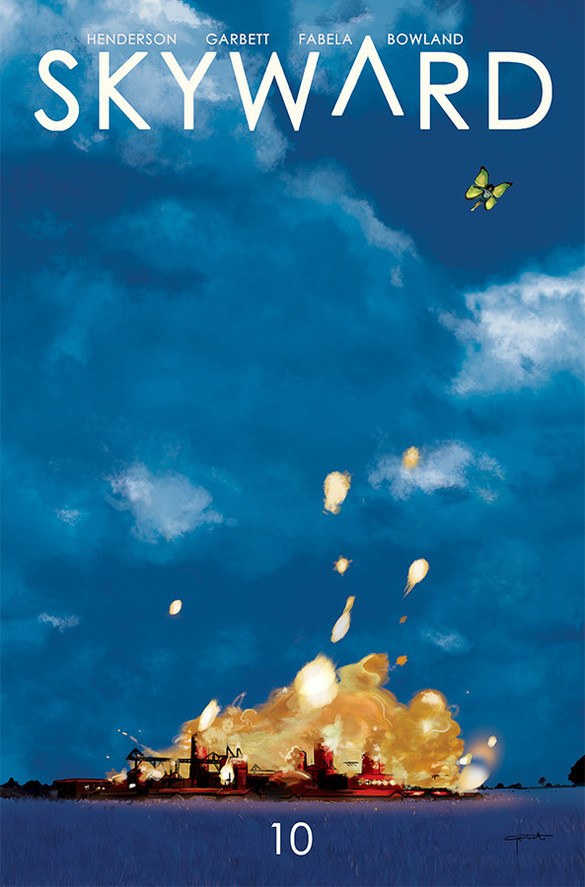 Raise your hands if you knew Willa hiding the truth from Edison would blow up in her face. So, not just me? Okay, good. In an eventful issue of Skyward, we see Willa, Barrow, and Edison try to make their daring escape from Lucas and the bug people.

Obviously, the elephant in the room is Edison learning the truth about Willa trying to fix gravity. The confrontation between Willa and Edison that follows this is one of the reasons that I like Henderson’s writing. The fallout of Edison learning the truth puts both a metaphorical and actual rift in their relationship. It doesn’t exactly demolish the relationship the way other stories that tackle the same kind of situation would, however. The way these two characters interact is well written in that their actions and reactions are believable.

Aside from Willa and Edison’s drama, there is a lot going on in this issue. It’s becoming a trend to see things go south real quick for Willa and her having to make a daring escape of sorts. She’s becoming quite good at it too. She almost seems seasoned when it comes to escaping Lucas and his army of bug warriors. Some of the tricks she pulls while sneaking out of the farm are pretty clever. 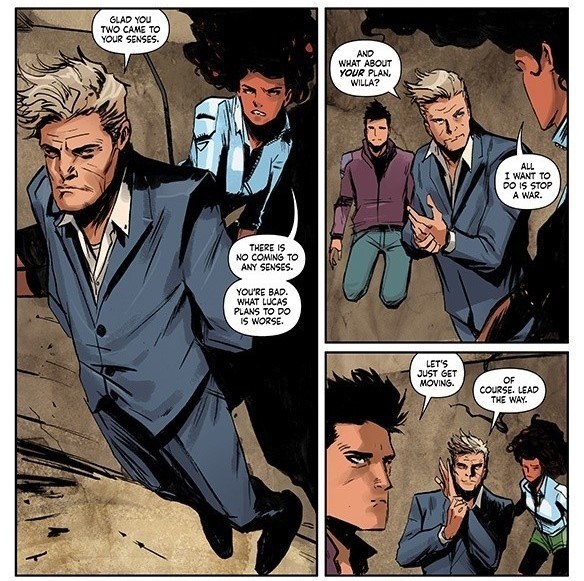 It’s just a shame that she has to do all of this for Barrow’s ungrateful ass. As a villain, he hasn’t changed one bit. You would think being kidnapped and tortured would give him some sense of humility. Instead, he is just as vile and rotten as the first time he was introduced. He’s a character driven by greed and has the nasty ability to twist a person’s thoughts. I guess it’s just another example of how well Henderson writes these characters that I hate his guts so much.

This issue of Skyward is exciting from beginning to end. There is plenty of momentum in the story, as well as changes coming for our characters and their journey. After the events of this issue, I’m interested in seeing how Willa and Edison end up moving forward. Henderson also leaves the reader something intriguing towards the end. If it is what I think it is, it’s sure to change everything for Willa and her quest.

9 Bug Tauntaun Maneuvers out of 10