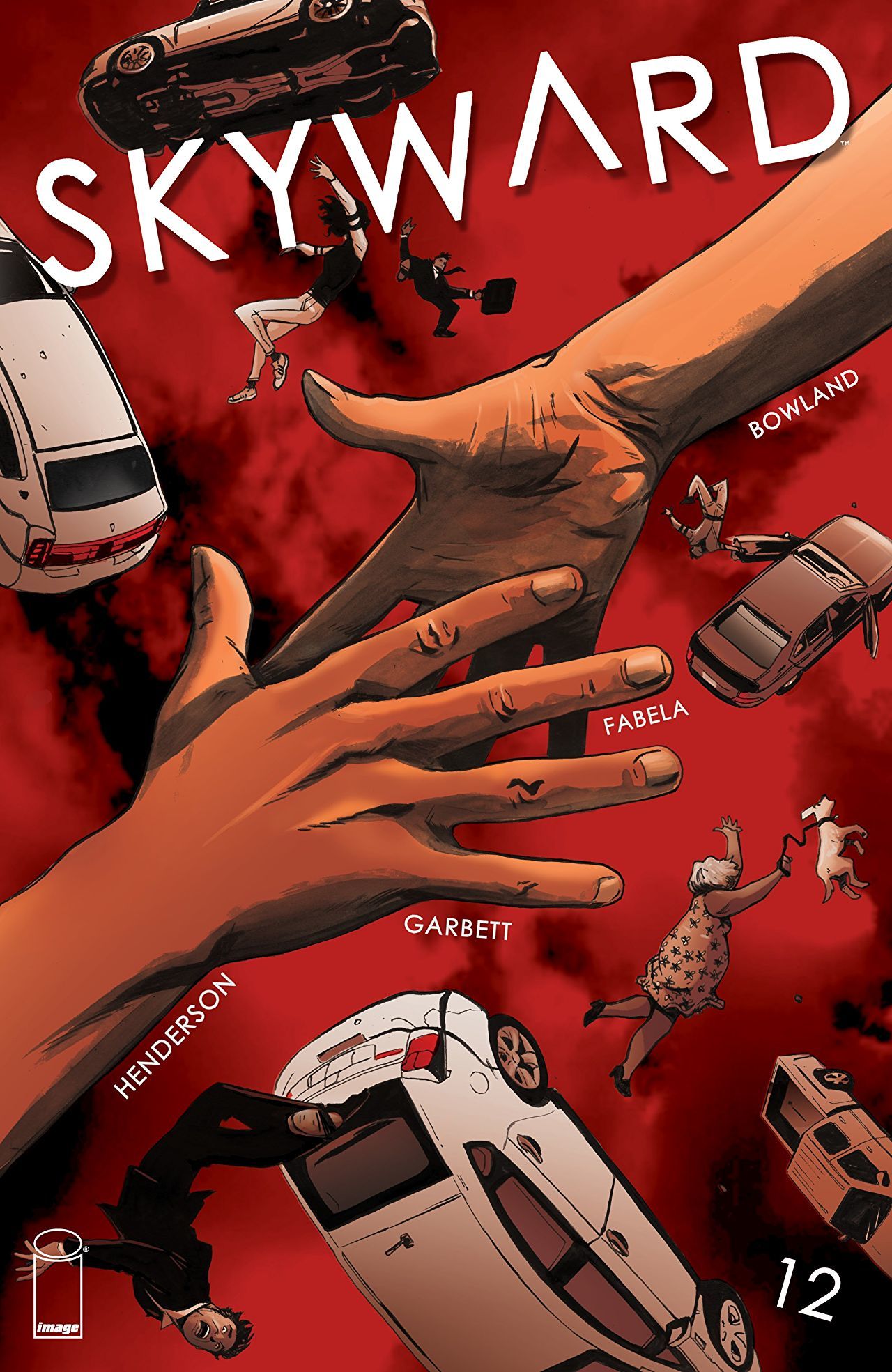 It must be in the Bastdamn blood. If you ask me, the introduction of Lilly Fowlers is handled brilliantly by Joe Henderson. In this issue, we are treated to a series of flashbacks detailing exactly how Lilly survived G-Day and where she has been for the past 21 years. It’s a wild journey and, in just a few pages, we learn almost everything we need to know about Lilly Fowlers and just how similar she and Willa are.

Just like Willa, Lilly is every bit as likeable and a force to be reckoned with when it comes to surviving hectic zero gravity situations. You can see that in her initial survival of G-Day. The flashbacks give us a great look into what Lilly’s mindset was during the day everything went down. Steadfast and determined, she powers through what was definitely the apocalypse at the time to complete her mission. There is also a very realistic approach to the character. While we spend a short time with her, Henderson paints her as very human, prone to hope but ultimately having to learn to deal with loss and accept having to move on. 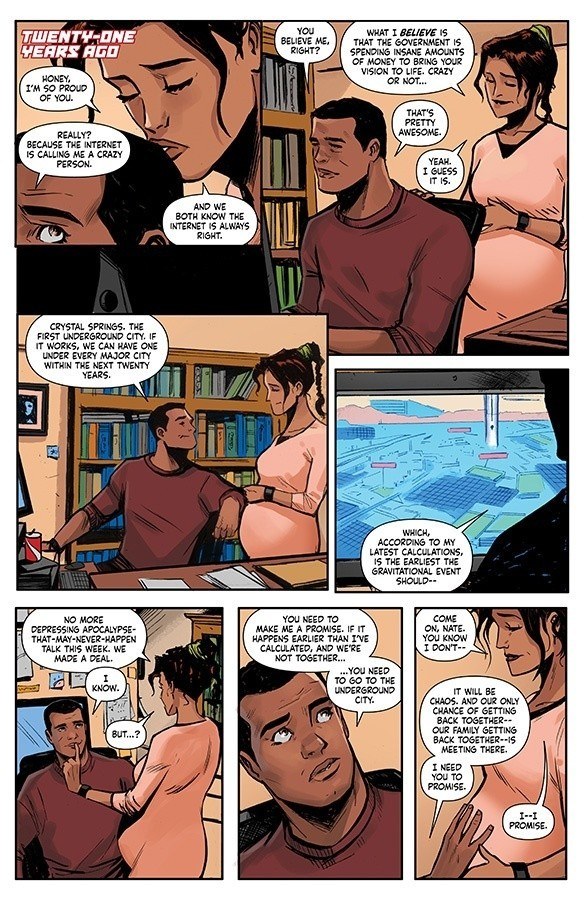 I’m not sure it was Henderson’s intention but the flashbacks make us look at Nate Fowler a bit differently as well. When you learn everything you need about her and Nate before G-Day and what Lilly has done since, the question isn’t why Lilly didn’t find her family sooner but why didn’t Nate look for Lily? Did his agoraphobia get the best of him for 21 years? Or did he lose hope that she was still alive. I would love to get another look at what Nate was like during Willa’s childhood.

There is a lot more I could talk about, from the secret underground gravity shelter to the predicament Willa and Barrow find themselves in towards the end of the book. It’s a lot to take in and a great read with amazing art by Lee Garbett. Honestly, I think Garbett gets to shine the more chaotic a scene is and his imagination seems to run wild in all the right ways when he depicts how Zero-G works on the page. Skyward gets better and better with each issue and I can’t wait to see whatever crazy situation Willa finds herself in next.

9 Strangers Named Hobbes out of 10