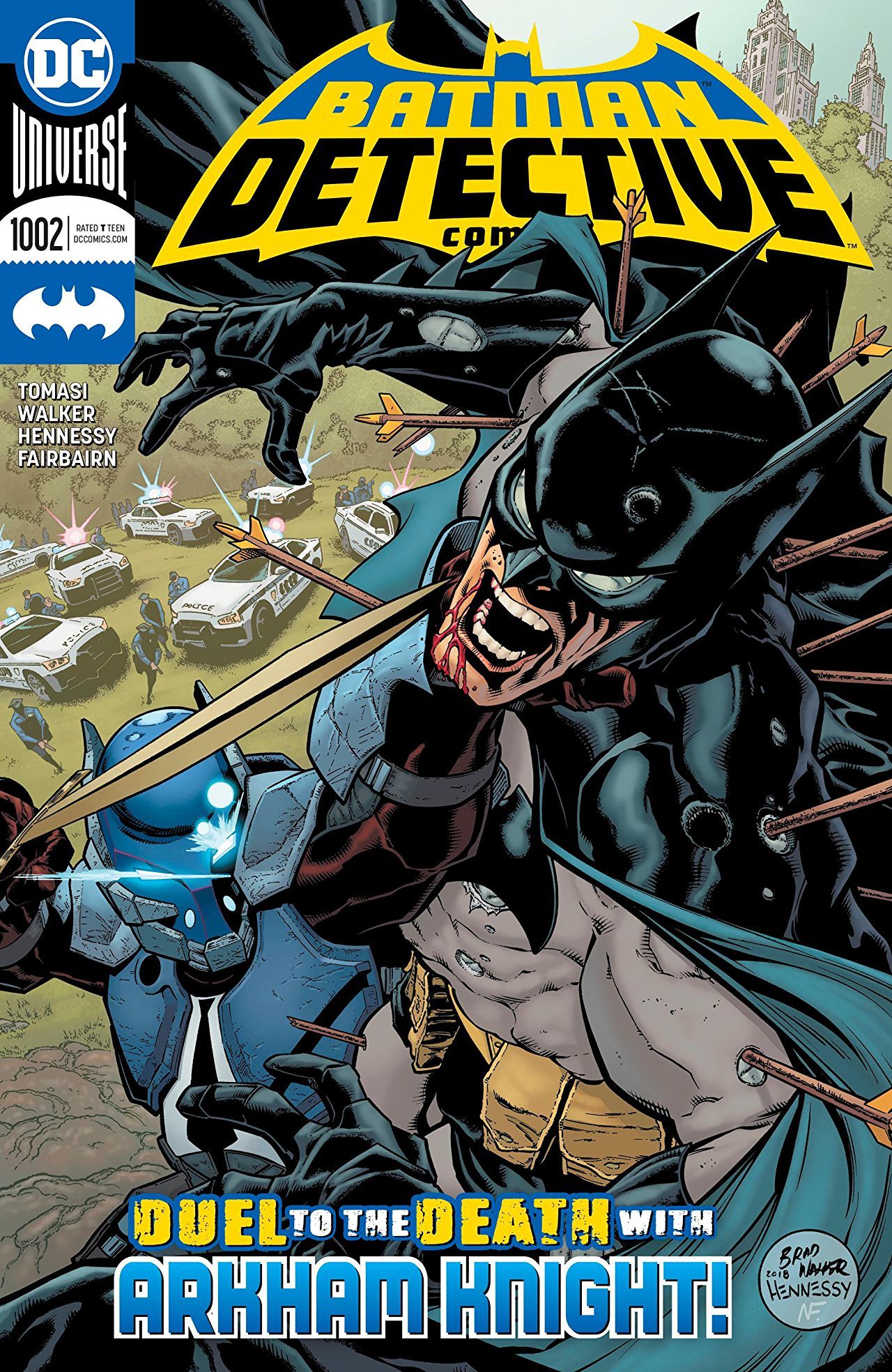 We’ve seen various Batman villains make a spectacle of fighting the Dark Knight in all sorts of ways. What we have not seen is a Batman villain take a bullet for a member of Gotham PD in an attempt to prove his moral superiority to his nemesis and lock Batman down in a complete standstill as the masses slowly encroach on the violent scene. If you take nothing away from this review, know this: Peter J. Tomasi knows all the Batman tropes and knows how to tinker with the formula to make a spectacle.

Detective Comics #1002 is a much more action-packed issue than its predecessor. With all of the set up out of the way, Tomasi moves full speed ahead to show how much damage and carnage the new Arkham Knight can achieve in a few hours. They aren’t a lot of punches thrown in the opening action sequence, but there is plenty of tension and brutality that results in a fast paced #1002. However, what really makes the story unique is how Damian is beginning to actively investigate the new Knight. It’s no secret how much I love Damian in the Adventures of the Super Sons, and I’m estastic to see him take a larger role in Detective Comics, doing detective work that Bruce is otherwise indisposed to do. 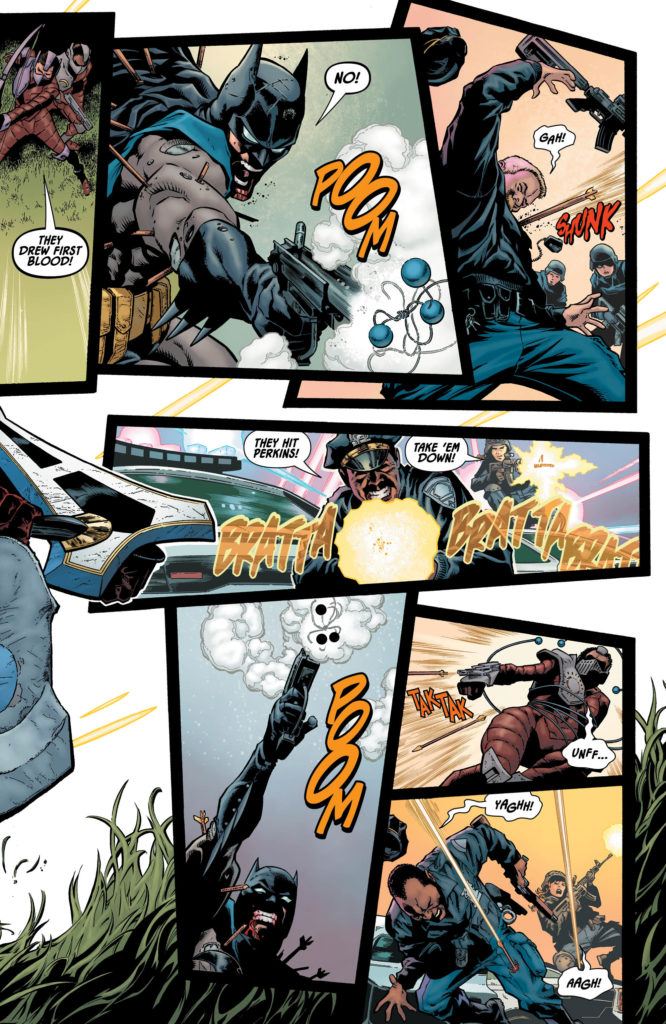 Walker continues to outdo himself on the pencils. The artwork is fantastic, and you can feel the weight of each and every action that the characters take that gives the book a crisp cinematic quality. Walker’s pencils in conjunction with Hennessy’s inks, Fairbairn’s colors, and Rob Leigh’s lettering result in a visually engaging story with its set pieces and medieval characters.

It looks like a thousand-some-odd issues hasn’t slowed any one down, and I find myself becoming more and more invested in what Tomasi’s plans are for the Arkham Knight, and in turn the Arkham Knight’s plans for the Dark Knight.