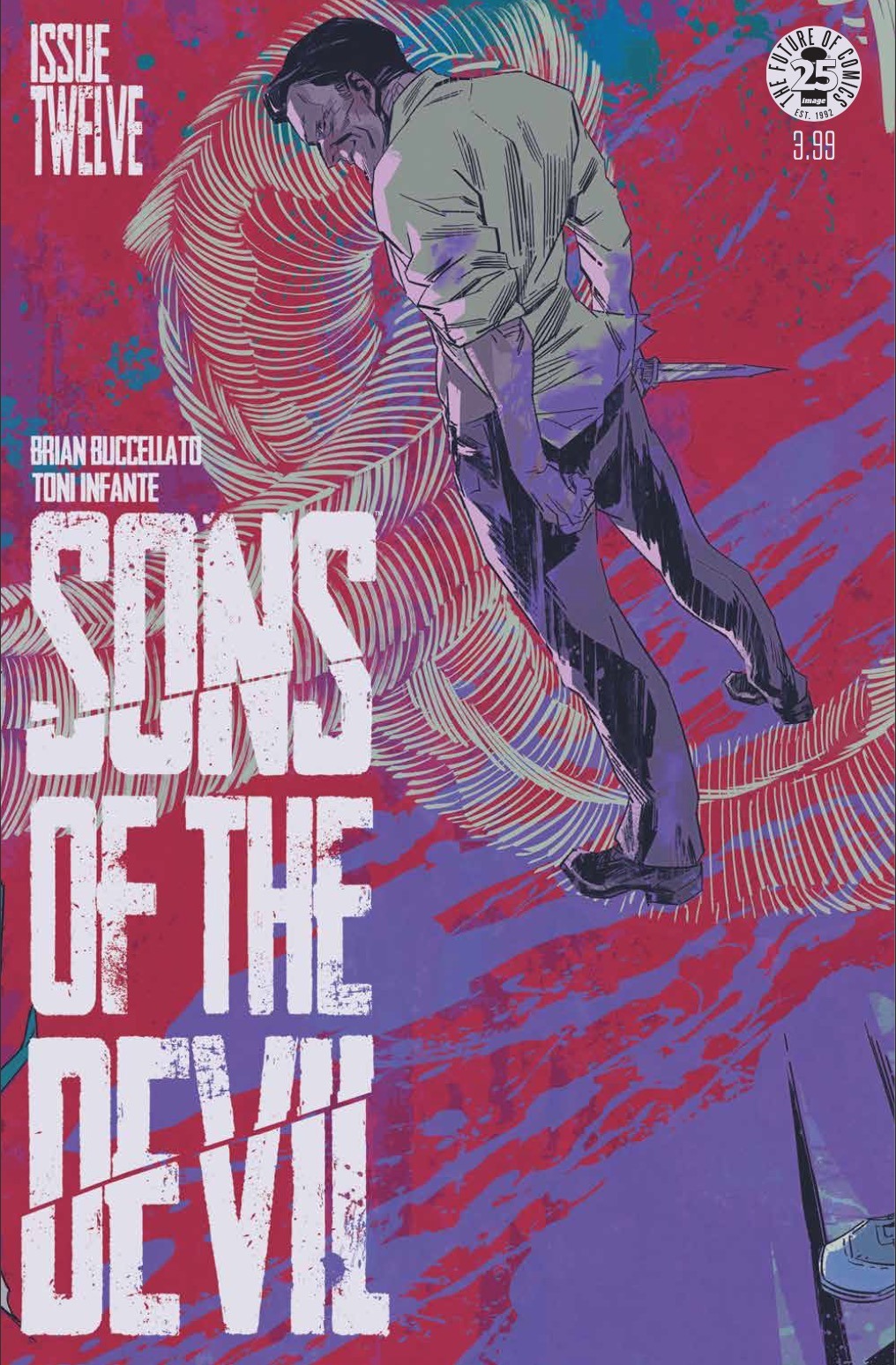 We have our clearest and most immediate danger of the series thus far as Travis is on a mission to collect his scattered siblings before his father can find them all for his sacrifice. It feels like a race, Travis tracking them down as David does the same, and the sense of urgency adds some clarity to a series that largely deals in mystery. It also makes for one of the most plot-progressive issues we’ve seen in a while; where we previously hung onto any depiction of the devil as a gift, we can now expect to see Travis versus David in a more direct way as things come to a head. And while the horror isn’t explicit in terms of blood or demonic figures this time around, it still exists at any sight of Mel’s happiness, knowing how it can all crumble. Look at this happiness: 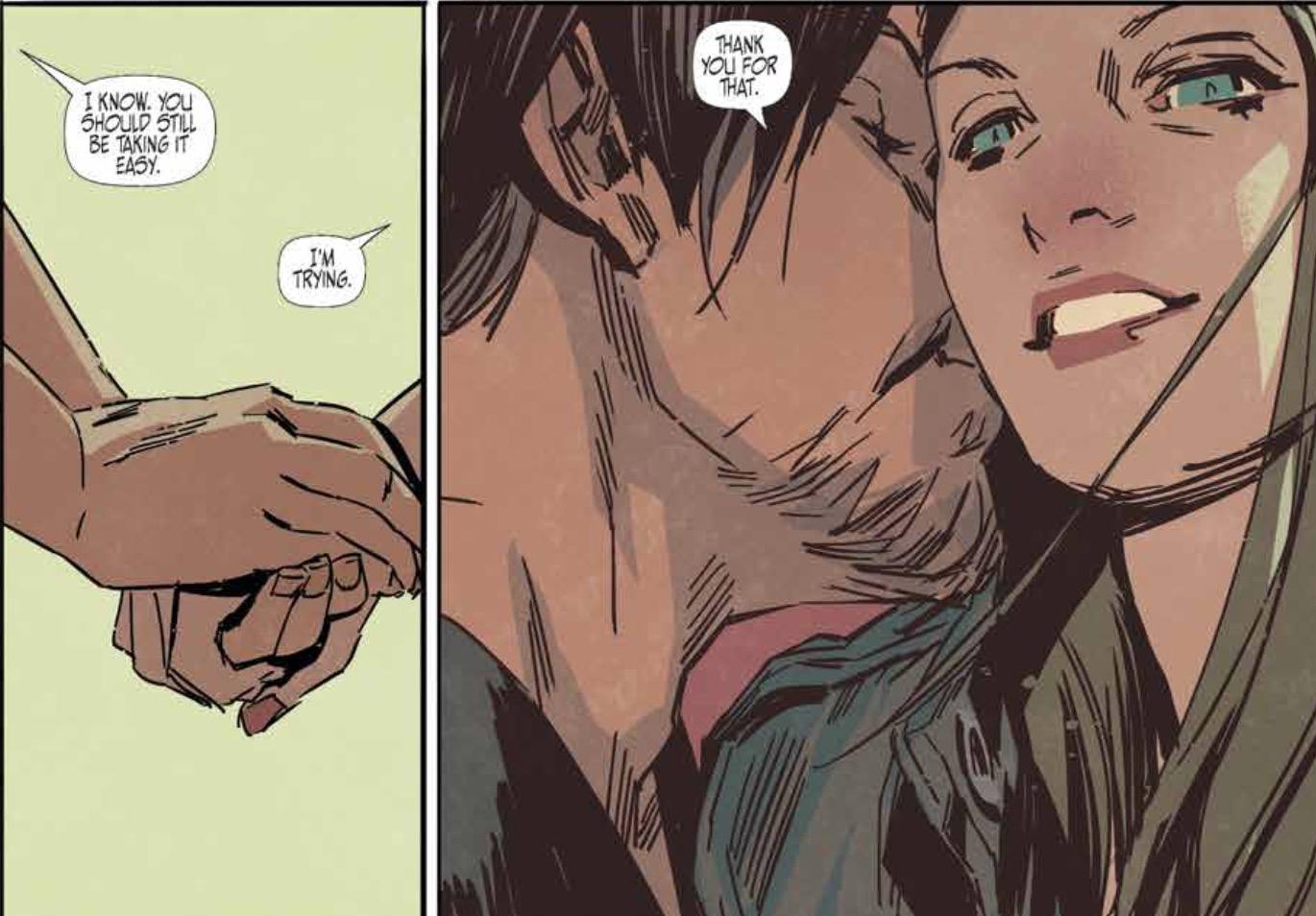 …that’s too much happiness for comfort. As Travis lies to those from whom he seeks help, you find yourself feeling like that talkative person in front of a movie screen warning him just how bad he is fucking up every move. Yet, despite his Stark-level poor decision making he’s still likeable, even Mel notwithstanding, given what he and his siblings were born into. Compared to their cult-leader father it’s easy to cheer for any one of them, and the flashbacks continue to, among other things, remind you to consider where they came from and the lives they must have lived. To quote the 2005 classic guilty-pleasure film Four Brothers, “these kids are congressmen compared to what they would’ve been.” 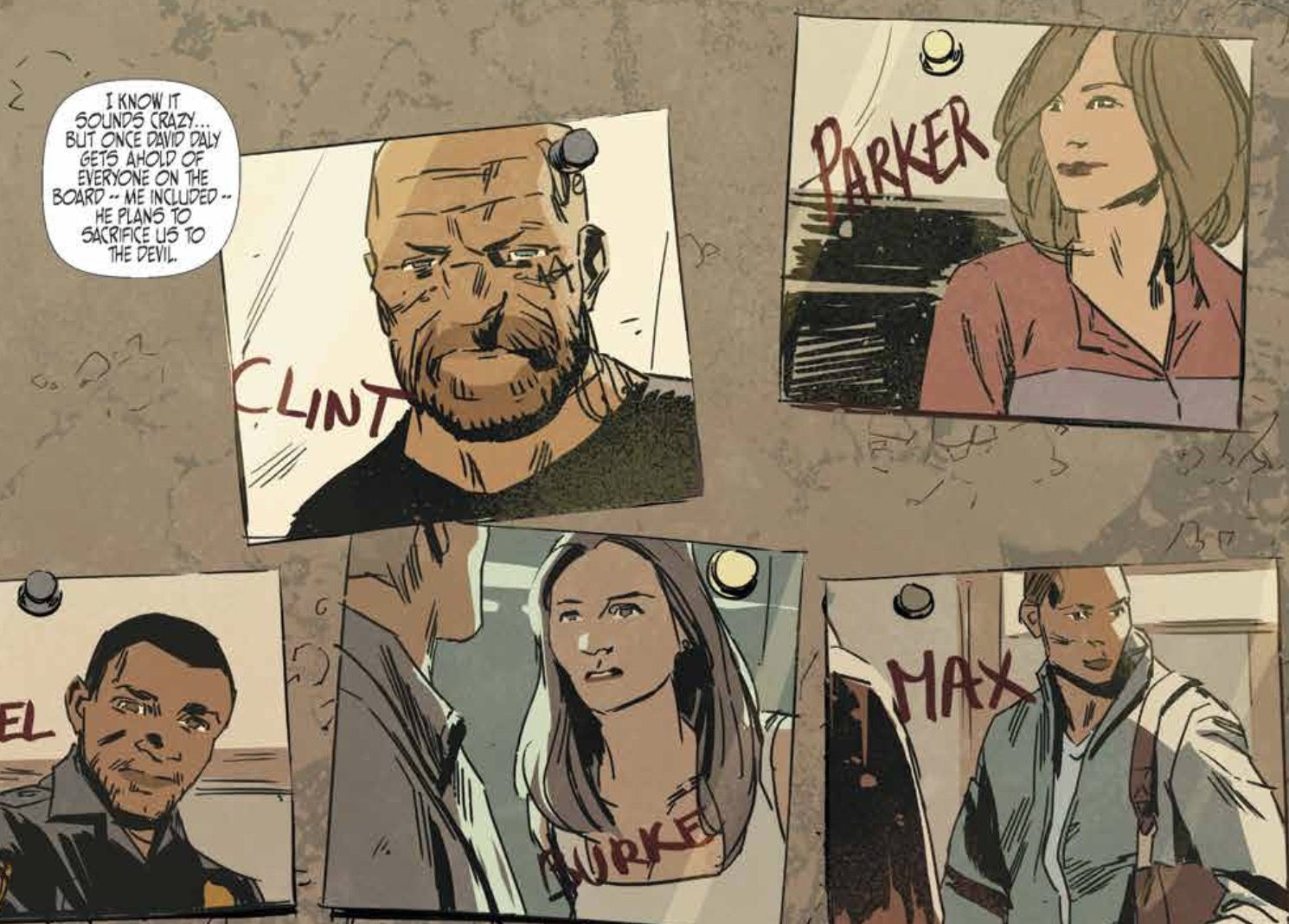 Overall, Sons of the Devil is a gripping thriller that only grows tighter as we pull closer to David’s ultimate sacrifice. The question is how many lives will be lost before Travis can put a stop to it, and how much will he himself lose to do it.

Reading Sons of the Devil? Find BNP’s other reviews of the series here.