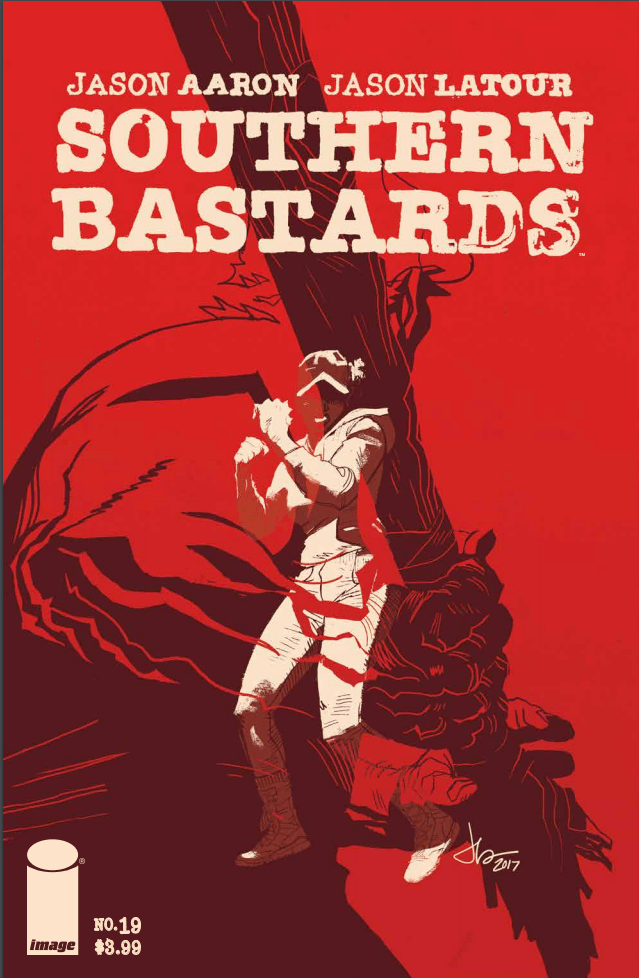 How is it possible that we are only 19 issues into Southern Bastards? I feel like I’ve spent most of my adult life with this football murder book. Which is to say, Southern Bastards came back this week and my gawd, it’s like it never left. I’m simultaneously in love with this book and pissed at its confident teasing at the same time. We’ve been waiting for all the pieces to come together and in this issue they do. Well, they sort of do. Well, they do enough to be pissed we won’t get more until next month at least. When we last saw our terrible (as in greatly despicable) characters, Coach Boss was getting humiliated. His team was getting the brakes beat off of them. And oh yeah, Roberta was getting medieval on a lackey in a motel room plotting on that Inigo Montoya first chance she gets.

But Seriously, This Shit Crazy

The fact that seeing what happens when Roberta meets Boss isn’t even the biggest moment of the book speaks to how good this book is. If you had any illusions of just how soldier Boss is about his business (and what he’s willing to use to motivate his players) then I don’t know where you’ve been. Any time you think there is a line, the brothers Jason basically be like, “hold my beer.” This is wild and gets wilder by the issue. 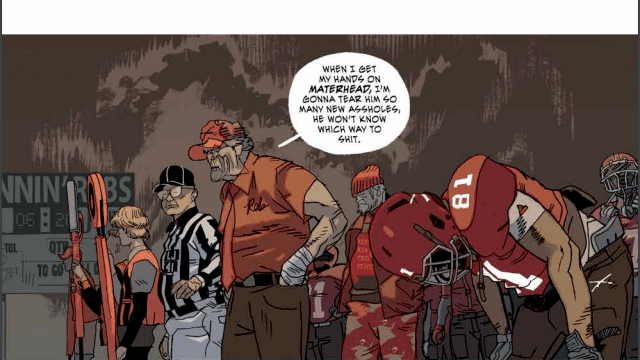 And while I loved last issue with Latour and Brunner, it’s just been a really long time (as in real time) since we had Aaron and Latour back in pocket. The rhythm is instantly recognizable. You can see the trust involved as kinetic movement, in just one panel, like completing a sentence from a previous bit of dialogue. This book feels lived-in with a grand investment. The creators exercise genuine care with the characters as murderous as they may be.

Southern Bastards comes back swinging the big stick right out of the gate. It hasn’t been a game for a long time, but the stakes could not be higher. We are converging on the big story and the boulder is rolling downhill. Nothing feels safe.

Reading Southern Bastards? Find BNP’s other reviews and coverage of the series here.